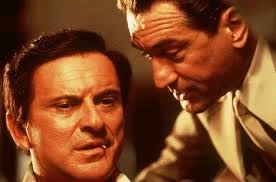 1 Bill Coulthard – In an epic clash of wills, Coulthard, a retired FBI agent and Las Vegas land-owner, lost out to Benny Binion, the infamous casino mogul crossed with a cowboy and a crime boss, and was blown up in his car at his Clark County office parking garage on July 25, 1972. As a young man, Benny “The Cowboy” Binion made his name in the underworld and the business world in Texas, before relocating to Nevada and helping build the gambling and entertainment mecca that Las Vegas is today. His flagship casino was The Horseshoe, which resided on property in the Glitter Gulch district he personally spearheaded the development of, and was owned by Coulthard, the head agent in the city’s inaugural FBI outpost. When Binion’s lease was up in the early 1970s, Coulthard refused to renew it and it most likely cost him his life. Binion was considered the top suspect in the hit, but never formally charged.

2 “The Ant Hill Hits” – From practically the second diminutive, yet deadly Chicago mobster Anthony (Tony the Ant) Spilotro stepped foot in Las Vegas in the spring of 1971, tapped to look after the Outfit’s interests on The Strip, bodies began dropping. His rise up the proverbial mountain to becoming the city’s only genuine “mob boss” in history was a blood-soaked one. In the Ant’s first six months on the scene, he was looked into by police for his role in six homicides. Over the next three years of Spilotro’s decade and a half reign of terror in the desert, there were more murders in the city limits than there had been the previous 25 combined. Transplanted Chicago mafia associates Jerry Delman, Marty Bucceri and Rick Manzi as well as casino pit boss Joseph (Red) Klimm were just some of the slayings Spilotro is thought to have ordered or taken part himself in that period. Spilotro himself met a heinous fate, stomped and strangled to death in a Chicago basement for his out-of-control behavior in the desert. Las Vegas’ Spilotro Era was the subject of the 1995 Scorsese gangster movie classic “Casino”, starring Oscar-winner Joe Pesci as the vicious and vibrant Tony the Ant.

3 Herbert (Fat Herbie) Blitzstein – Tony the Ant Spilotro’s behemoth and garish former bodyguard and henchman, Fat Herbie was killed on January 6, 1997 at his house in Las Vegas, the conclusion of an attempted hostile takeover of his independent rackets orchestrated in tandem between the L.A and Buffalo mafia families. Several members of both syndicates were implicated and/or charged in the slaying that took place after the mammoth Jewish gangster returned to his residence from work at his auto repair shop by two waiting gunmen. A childhood friend of Spilotro’s from their days growing up in the Windy City, Blitzstein was a member of the Ant’s prolific and high-profile burglary troop known in the Nevada press as “The Hole In The Wall Gang.”

4 Al Bramlet – Violent labor leader, mob associate and longtime president of Local 226 in the Culinary Worker’s Union, one of the nation’s largest and most powerful, Bramlet was killed on February 22, 1977, after being kidnapped, ripped off for $10,000 and executed in the Nevada desert. The culprits were Thomas and Gramby Hanley, a father-and-son set of Las Vegas underworld enforcers, who were angry at Bramlet for him stiffing them on payment for an attempted restaurant bombing that was foiled. Bramlet was notorious for unleashing bombing campaigns on eateries on that refused to unionize under the thumb of Local 226. The Hanleys were convicted of the murder and both sentenced to life in prison

5 Marvin Shumate – Small-time Las Vegas hood and cab driver that plotted to kidnap Benny Binion’s son, Ted, but before he could he was discovered on the morning of December 2, 1967 in the outskirts of the desert, less than a mile from the Strip with a shotgun blast to his chest and a revolver bullet-tap to the head. Shumate unwisely chose to bring another local criminal into his plot and that person is believed to have tipped-off Binion to his plan. Much like the Coulthard murder five years later, Binion was looked at as the prime suspect in the crime, however was able to avoid being charged for it. Benny Binion died of heart failure, a free man and multi-millionaire several times over, in 1989. Ted Binion would die mysteriously in Las Vegas in 1998, his girlfriend and a lover of her’s charged, convicted and then acquitted at a second trial.

Honorable Mention: Tamara Rand & Gus Greenspan and his wife – neither were killed in LV, Rand took out in California and the Greenspans in Arizona – but both hit were heavily connected to syndicate affairs, (Frankie Blue) Bluestein – accidentially killed by Las Vegas PD in the famous “Hoagie Sandwich Homicide” depicted on the big screen in Casino, Sherwin Lisner – killed by Spilotro’s right-hand man Frank Cullotta