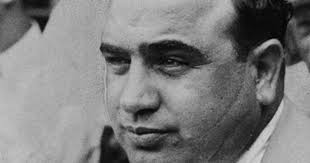 1 The St. Valentine’s Day Massacre – In what could be the most famous mafia hit in history, legendary mob icon Al (Scarface) Capone had over a half-dozen of his rivals gunned down on the morning of Valentine’s Day, February 14, 1929. Capone, leader of the city’s Southside Italian gang was at war throughout much of Prohibition with the Northside Irish gang, at that time headed by George (Bug) Moran and Capone struck at Moran in the heart of his territory. When seven of Moran’s men went to meet what they thought was a shipment of bootlegged alcohol from the Jewish Purple Gang in Detroit, but instead was an ambush and all of them were lined up against a wall by Capone gunmen dressed as police officers and executed with machine-gun fire. Following the slaughter of his enemies that fateful day in 1929, Capone assumed practically complete control of the Windy City underworld and laid the foundation for the modern-day Chicago mafia, known locally as “The Outfit.” Demoralized and having the heart of his organization gutted, Bug Moran slid into gangster obscurity the rest of his life. Nobody was ever charged with the notorious mass murder, but Capone was sent to jail in 1933 on a tax evasion conviction and Capone’s enforcer, Vincenzo “Machine Gun Jack McGurn” Gibaldi, a suspected triggerman in the Massacre was killed gangland-style on it’s the seven-year anniversary

2 (tie) James (Big Jim) Colosimo – The Windy City’s first real mob boss, Colosimo was internationally powerful and a genuine gangster celebrity in Chicago when he was killed in a local café on May 11, 1920, possibly by Al Capone himself. Colosimo’s murder was ordered by his No. 2 in charge, John (Johnny the Fox) Torrio, Capone’s mentor, and was thought to be over Big Jim’s reluctance to fully embrace the bootlegging racket that was just beginning to flourish in the time surround his slaying, which took place only a week after he returned from his honeymoon. The death of Colosimo eventually paved the way for Capone to ascend to the top of the city’s underworld and mold it in his likeness.

2 (tie) Sam (Momo) Giancana – The former boss of the Chicago mafia was slain inside his Oak Park, Illinois home on June 19, 1975, less than a year after returning to Illinois following over a half-dozen years in Mexico, where he amassed a fortune in international gambling ventures. Giancana, a flash-bulb friendly like Chicago Godfather Al Capone before him, who dated movie stars and hobnobbed with politicians, was set to testify in front of a U.S. Senate committee investigating the assassination of President John F. Kennedy, a Giancana associate, in the weeks following murder. FBI records indicate that Giancana was killed by a close friend (his driver “Butch” Blasi and one of his protégés Tony Spilotro were the two top suspects), shot in the back of the head and then six more times in the body, while cooking a meal of sausage and peppers on the stove in his kitchen. Giancana angered the Chicago mafia hierarchy with his refusal to share profits from his offshore gambling interests and its worry of him getting loose lips in front of the Senate.

3 Anthony (Tony the Ant) Spilotro – The Chicago mob’s ferocious and doggedly deadly representative in Las Vegas for 15 years, Spilotro let the power of unchecked hedonism in the desert go to his head and facing a mountain of legal problems, the Outfit lured Tony the Ant and his brother and right-hand man Michael to a house in the Windy City’s Bensenville neighborhood and viciously beat, stomped and strangled the siblings to death on June 14, 1986. Unique about the murders is that it was done in front of almost the entire Chicago mafia administration, boss Joe Ferriola and underboss Sam (Wings) Carlisi were both present to witness the executions, which went on to be reenacted in the 1995 movie Casino, a film that recounted Spilotro’s days in Vegas and his tumultuous relationship with mob sports handicapper Frank (Lefty) Rosenthal, the Outfit’s gaming expert stationed in Nevada alongside his boyhood chum the Ant (Joe Pesci played Spilotro and Robert DeNiro played Rosenthal). Spilotro’s love affair with Rosenthal’ wife was one of the straws that broke the camel’s back in the mob issuing the contract on his and his brother’s lives.

4 (tie) The M&M Murders – After shooting up a mob-connected bar and killing the tavern’s owners and a waitress, the wildcard Chicago underworld enforcer tandem of 24-year olds, Jimmy Miraglia and Billy McCarthy, were slain on back-to-back nights in May 1962. Miraglia’s head was put in a vise and his eye popped out of its socket before divulging his accomplice’s name and whereabouts to an enraged Tony Spilotro and Mad Sam DeStefano and having his throat slit. McCarthy was done away with the next day by the same pair. The Miraglia hit was shown in the movie, Casino, too.

4 (tie) The Big Tuna Murders – An Outfit-backed professional robbery crew, led by gutsy mob associate and break-in expert John Mendell, decided to break into Chicago don Tony (The Big Tuna) Accardo’s suburban mansion when he was in California during early January 1978, stealing money and jewelry from the vacationing Godfather in retaliation for him taking back a score of theirs the previous month because they robbed a friend of his. Accardo was furious and immediately set out hit squads looking to punish those responsible. Mendell and his entire crew were disposed of over the next 18 months, their mangled bodies popping up in car trunks all around town. In classic mob “clean up” fashion, several of the perpetrators in the murder spree were then clipped themselves so their bosses could stay further insulated from prosecution.

5 (tie) Salvatore (Mad Sam) DeStefano – The sadistic Chicago mafia enforcer and hit man was shotgunned to death on August 14, 1973, allegedly by his protégé, Tony Spilotro, in a Windy City garage. The hit was ordered due to Mad Sam’s increasingly-outlandish and unstable behavior, publically on display at his murder trial for the gangland-killing of mob associate Leo Foreman shortly before he died. DeStefano took pleasure in his craft and enjoyed inflicting pain; he and Spilotro, both acquitted in the Foreman murder, killed a fellow underworld figure, suspected informant and strong arm William (Action) Jackson, by stringing up on a meet-hook and torturing him to death with an electric cattle prod.

5 (tie) Allen Dorfman – Longtime Midwest mob associate and Teamsters official in charge of the labor union’s robust pension fund, Dorfman’s conviction in a racketeering and mob-related political-bribery case and pending prison sentence left him vulnerable and he was murdered in the parking lot of a suburban Chicago hotel following a lunch meeting on January 23, 1983. The slaying was depicted in the film Casino, as well, with comedian Alan King cast in the role of Dorfman’s pension-fund supervisor.