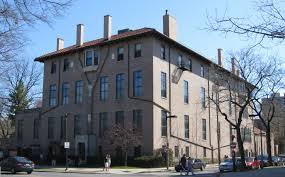 Bobby D probably did the job. It was the biggest art heist in history, a half-billion dollar score. Boston Bobby might have moved the very valuable paintings to Philly. Bobby Boost could have had some, too, and transported them to Connecticut and then off to Maine. Bobby the Cook is said to have taken at least one piece, maybe more, from Bobby Boost in Maine and returned it to Connecticut. The rest of the lucrative haul lay somewhere in hiding, cultural treasures, seminal artifacts from bygone eras in time, buried like dead bodies. Like Bobby D.

The mob had bullied their way into the art game. They proved fast-learners.

In the early-hours of St. Patrick’s Day 1990, about 1:30 in the morning on March 18 to be exact, two armed robbers dressed as police officers talked their way into the Isabella Gardner Museum. The Isabella Gardner is a small, but very elite, privately-funded precious-art museum in downtown Boston, Massachusetts, located near the famous Fenway Park.

Pulling their weapons and tying up the museum’s security guards in the building’s basement, the two men had free access to the place for the next hour and a half, coming away with more than a dozen paintings and drawings that are estimated to be worth a staggering $500,000,000 – confirmed as the largest art-robbery ever, the thieves scored original Rembrandts, Degas, a Manet and a Vermeer, worth tens of millions each.

And if either of them had even the slightest idea of the waters they were wading in, any remote clue of the inner-workings within the cloak-and-dagger world of fine art theft, they would have come away with a lot more.

To this day, almost 25 years later, the case remains cold, not a single person arrested, not a single piece of artwork retrieved. Just this past spring, the Boston FBI publically stated that the investigation was open, very active and that several sightings of the missing art had been recently authenticated.

Although no charges have ever been filed (the statute of limitations has expired), the FBI believes it has a pretty good idea of what happened and who did it – according to an interview by the Boston Globe with lead federal investigator Geoff Kelly in May, the heist was planned and carried out by members and associates of the New England mafia aka the Patriarca Family and the stash of looted masterpieces shuffled between Boston, Connecticut, Maine and Pennsylvania by representatives of both the Patriarcas and the Philadelphia mob.

One retired federal agent that worked the case in the 1990s and early 2000s agreed to speak to Gangsterreport.com about his knowledge of the legendary crime.

“The whole thing began with Bobby Donati, they called him “Bobby D,” he was a lifelong wiseguy who belonged to the North End crew,” the former ‘G’ Man said.

Coming up in the mafia under the Angiulo brothers (New England mob underboss Jerry Angiulo and his four sibling lieutenants), when the Isabella Gardner robbery occurred in 1990, Bobby D belonged to the Patriarca clan regime ran by then-capo Vincent (Vinnie the Animal) Ferrara, a growing power in Family circles at that time and the man that took over the Angiulo’s North End neighborhood operations upon their imprisonment in the 1980s. Donati (pictured above) was known as an accomplished cat burglar and all-around hard-core gangster and hit man, running with a rugged bunch of Beantown burglars, hoods and mobsters (including his brother “Dickie D” Donati) that were unafraid to get their hands dirty and had those hands in multiple gangland rackets.

The FBI believes that Donati got a tip in the years leading up to the heist about the lax security at the museum from an indebted gambler to one of Donati’s sports books that he ran on behalf of Ferrara.

“Some degenerate bettor that owed Donati money traded info he had on the museum for a pass on his gambling debt,” the retired agent said. “The guy had the skinny on the joint because he used to work there as a maintenance man and knew what little security they had going on at the place.”

The one problem was that although Bobby D had stolen and fenced a lot of things in his life, he had never stolen artwork and knew nothing about the complicated black market associated with moving such exclusive hot merchandise. So according to what the FBI has been told by informants, Donati brought in an expert. That expert was Myles Connor, a Bostonian considered the No. 1 art thief in the United States.

Today, Connor, 71, is retired. Sort of – he’s stopped pulling big scores, at least, switching to petty crime. Two years ago he took a pinch for robbing a woman of her cell phone in Rhode Island. He’s authored a book and currently lectures about his life in the Eastcoast underworld and time as a gallivanting pilferer of artistic masterpieces throughout the latter-part of the 20th Century.

Back then, however, in the late-1980s, Connor was as active as ever and heavily intrigued by Donati’s tip and the mother-load of priceless riches that lied within the confines of the Isabella Gardner.

The two of them planned to take it down. Connor has admitted to the FBI that he and Donati cased the museum in the summer of 1989.

But Connor was locked up in January 1990 on series of racketeering and art-theft charges, sentenced to serve the next 20 years in prison, leaving Donati all by himself on the job.

Bobby D got antsy. He wasn’t intending on waiting another two decades for Connors to get out of prison before acting on the tip.

“The Auto Man, Carmelo Merlino, told Donati he had a buyer for the score overseas, they got the okay to pull it and the rest is history,” the former Fed says.

The take could have been much larger. The thieves, believed by most authorities to have been Donati and Houghton, both had untrained eyes and bypassed several, even more valuable pieces in the museum.

“Those two didn’t know a Rembrandt from a root beer bottle,” the one-time mob-buster said of the pair. “They were in over their heads on the whole thing.”

FBI records from the early-1990s reveal intelligence coming in from informants on the street pointed to Ferrara and East Boston mob chief and Patriarca street boss and consigliere Joseph (J.R.) Russo as giving the go-ahead for the job to Donati through Merlino.

However, things fell apart quickly. Merlino’s buyer fell through and literally a week after the epic heist Ferrara and Russo, along with 19 others, were swept up in a giant federal racketeering case that sent both of them to prison (Russo would die while incarcerated, Ferrara has been out for a decade and reportedly has gone legit and surrendered any and all of his interests in the mob).

The artwork was placed into storage in Revere, Massachusetts until Donati, Houghton and Merlino could line-up another prospective buyer, according to Massachusetts State Police documents. Revere is a suburb of Boston and known for years to be where many of the Patriarca mob brood held and currently hold residence.

With the indictment and incarceration of Ferrara and Russo, Bobby D and his two accomplices had more pressing concerns to worry about than selling the boosted art. The Patriarca syndicate, which had recently seen tensions calm after a spattering of violence the year before (Boss-candidate Francis (Cadillac Frank) Salemme survived an assassination attempt and underboss William (The Wild Man) Grasso was killed by the Ferrara-Russo faction of the Family on the same day in June 1989) was back at war. Cadillac Frank Salemme took the reins in Boston from his rival, the departing Russo, and took aim at those he considered responsible for the botched hit on him and were still on the street following the March 1990 bust.

One of the people he turned his attention to was Bobby Donati, 50 years old and tabbed by some as a frontline soldier in the early-stages of the dispute repping Ferrara, someone he sometimes acted as a driver for and escorted around town to the city’s most posh restaurants and clubs in Vinnie the Animal’s heyday as a big shot in the Beantown underworld.

The rare art Donati had access to, his share of whatever was sold, was simply an added bonus, per the former FBI agent.

“Bobby D was in the crosshairs the second Vinnie and J.R. were put away,” he said. “Frank Salemme knew about the Gardner Museum stash, but he would have been killed anyway. Salemme wanted to get rid of anyone he saw as overly loyal to Vinnie Ferrara. Donati fell into that category.”

On September 24, 1991, Donati’s badly-beaten body was found hogtied in the trunk of his car. Massachusetts State Police reports indicate that certain groups in the state’s law enforcement community believed Bobby D’s murder was carried out by East Boston mafia henchman Mark Rossetti, a future New England mob capo who would be outed as a Confidential Informant for the FBI.

Rossetti’s uncle, Boston wiseguy Robert (Bobby Boost) Guarente, was about to get in on the action.

Guarante and two more Bobbys and New England Goodfellas, Robert (Boston Bobby) Luisi, Jr. and Robert (Bobby the Cook) Gentile entered the picture after Donati was murdered and his accomplice, David Houghton, died of cancer a year later in 1992. Merlino needed help moving the artwork on the black market (something he had zero experience in, since he had no criminal history in the art-heist racket, just as Donati and Houghton didn’t) and according to federal authorities, “The three Bobbys”  would try to help him.

They would find limited success in their endeavors.