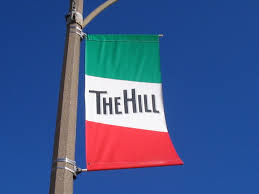 The mob in St. Louis took a hit this month.

Parrino, 77, is alleged to have been Godfather of the St. Louis mafia since 1997. Before that, he was said to be the syndicate’s consigliere dating back to the early 1980s.

“Nino was a hood, he liked being a hood,” said one former FBI agent familiar with the St. Louis mob from his days on the job. “It’s just too bad for him by the time he reached the top of the mountain in his Family it was when the Family itself was barely anything of an entity. We’d see him bopping around town politicking, I’m talking about all the way back to the 70s, but at the end he was a glorified capo and the Family was a glorified gambling ring for the elderly.”

Sources in St. Louis law enforcement place remaining membership in the local LCN regime at less than 10 made men.

The syndicate has long been under the thumb of the Italian mafia factions in Chicago and Detroit.

Per sources in the Michigan and Illinois FBI offices, federal agents followed recently-deceased Detroit mafia boss, Giacomo (Black Jack) Tocco to a meeting at a hotel near Chicago’s O’Hare Airport in November 1997, where Tocco met with Parrino and Windy City mafia Don John (Johnny No Nose) Di Fronzo and Parrino was officially tapped to succeed Mike Trupiano as head of the St. Louis LCN Family. Trupiano, a native Detroiter and former member of Tocco’s crew back when  Black Jack was a young, up-and-coming captain in the Motor City, dropped dead of a heart attack the previous month.

Trupiano landed in St. Louis in the 1960s, booted from Detroit for sleeping with a wife of another mobster and relocated to serve under his uncle and then-Missouri Godfather Anthony (Tony G) Giordano, another Detroit transplant (Giordano was born in STL but spent a chunk of his youth and early adulthood in Michigan).

At the time of the 1997 Midwest mob powwow and meeting of the minds, Tocco was under indictment on a giant racketeering case and because he was out on bail pending his 1998 trial he had to report his trip to Chicago to the U.S. Attorney. Once Black Jack informed the government of his intention to travel to Illinois, the FBI was instructed to trail him there. According to federal records associated with the meeting, Tocco showed up with his cousin and top capo, Anthony (Tony the Bull) Corrado and Di Fronzo arrived with his consigliere Joseph (Joey the Clown) Lombardo.

A fixture for years in St. Louis’ Little Italy neighborhood known as “The Hill,” Parrino was groomed in the ways of the mafia by former boss and underboss John (Johnny V) Vitale, rising through the ranks of the Missouri underworld as Vitale’s driver and bodyguard. When he wasn’t chauffeuring Vitale around town and watching his back, Parrino was a power in the Teamsters’ union. He was vice president of Local 682 for more than a dozen years until he was forced to resign in 1991 due to his alleged status in the mob.

Parrino’s name surfaced in the investigation into the October 1971 gangland slaying of St. Louis mafia associate Primo (Las Vegas Larry) Caudera, an entertainment promoter who ran travel junkets from Missouri to Las Vegas for Giordano and Vitale. Parrino was never charged in the case, but Giordano, Vitale and Jimmy Giammanco, another one of Tony G’s nephews and lieutenants, were, however had the case thrown out before trial.

Giordano died of cancer in 1980 and Vitale took his place, until he died two years later after reportedly becoming an FBI informant in the months before his death. Informants on the street told the Bureau that Vitale dispatched Parrino to poll the Family’s capos upon Giordano’s death in order to confirm support for his ascension to the throne.

With heavy influence from Tocco in Detroit and Chicago mob chiefs Tony (The Big Tuna) Accardo and Joseph (Joey Doves) Aiuppa, Trupiano was selected to take over as Godfather of St. Louis when Vitale died. In turn, Trupiano named Parrino his consigliere.

Trupiano and Frank Parrino, Nino’s brother, were indicted on federal gambling charges in 1986 and at their trial FBI audio surveillance from three years earlier was played of Trupiano telling associates that “Nino is the new consigliere.”

Black Jack Tocco died this past July of natural causes at the age of 86, having led the Detroit mafia from the 1970s into the New Millennium and beyond.

Jack Parrino, Nino’s other brother and reputed to be his consigliere, could be line to assume control of what’s left of the St. Louis LCN Family