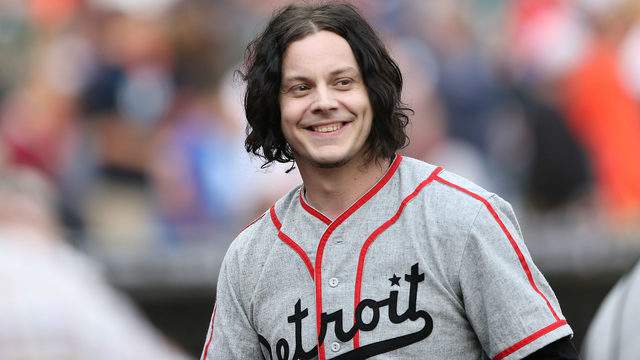 Instead, European Yann Demange got the nod.

In the mid-2010s, White unsuccessfully campaigned Hollywood studio executives to get ahold of the true story of a Motown adolescent turned FBI mole turned teenage drug chief for his feature-film debut, according to sources. Studio 8, a boutique outfit with a distribution deal through Sony, didn’t want to chance it with a neophyte director. White has still yet to throw his hat into the filmmaking ring.

At that time, Demange was red hot coming off 2014’s critically-acclaimed ’71, an independent British movie that put the French-Algerian director on the come-up in Hollywood. Per sources familiar with the decision-making process, it wasn’t much of a decision. Executives didn’t consider the groundbreaking garage rocker at all.

Demange, who was making his entrance into major-studio filmmaking, delivered a scattered, unbalanced and somewhat boring arthouse gangster flick that failed to connect with audiences and didn’t make back its budget at the box office. Oscar-winner Matthew McConaughey and newcomer Richie Merritt starred in the 2018 release that was produced for $30,000,000 and just saw a $25,000,000

The real “White Boy Rick,” Richard Wershe, Jr., did 32 years in prison for a single cocaine bust from May 1987 when he was only 17. He finally walked free last summer, the longest-serving non-violent juvenile offender in the history of the American justice system.

Wershe, Jr., 52, was recruited straight out of the eighth grade by a federal narcotics task force in Detroit trying to bust eastside drug kingpin Johnny (Lil’ Man) Curry and out to work as a mole in the politically-connected Curry Brothers Gang. The task force encouraged Wershe, Jr. to drop out of high school and paid him close to $50,000 for his work over the next two years.

The relationship between Wershe, Jr. and the government was discontinued in the fall of 1986. The Curry Brothers Gang was dismantled months later via a federal indictment based on Wershe, Jr.’s undercover work.

While White Boy Rick was running wild on the streets as a teenage drug-dealing prodigy financed by Uncle Sam, Jack White was a kid growing up in the Motor City deciding between attending the seminary and embarking on a music career. Born John Gillis, he renamed himself Jack White in 1996, taking his then wife Meg White’s last name. The next year, they started The White Stripes and revolutionized the garage rock genre of music around the globe. Their 2001 breakthrough album, White Blood Cells, is considered an all-time classic by rock experts and historians.

Jack White has won a total of 12 Grammys. The White Stripes disbanded in 2011.

This summer, Wershe, Jr. filed a $100,000,000 civil lawsuit against the City of Detroit and the FBI for child abuse and endangerment. Since being paroled in July 2020, Wershe, Jr. has been doing work for prison reform and prisoner advocacy groups and recently started his own legal cannabis business, called The Eighth.