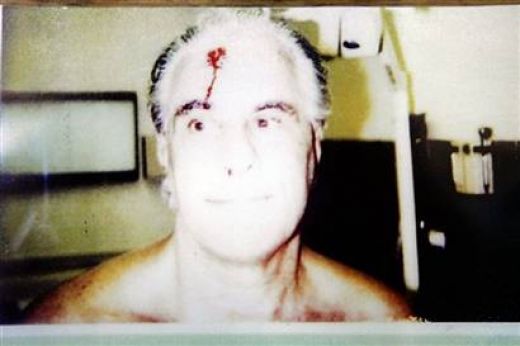 While serving his life sentence in Marion Federal Prison in Illinois, John Gotti’s visits were recorded by the government.  Excerpts have been released over the years; the video here is a collection of a few conversations he had with his daughter. What really comes through is Gotti’s egotism, a trait I’ve found to be one of the common denominators in most high level gangsters.

John Gotti also is perpetually aggrieved, almost Christ-like in his sufferings. He doesn’t get pictures of his grand kids, he doesn’t get letters of support when his son is indicted; when his daughter complains that her sons’ are being picked on at school because their grandfather is a gangster, he tells his daughter to tell the other kids’ parents “how you would like to wake up and you don’t see your son no more?”- mind you that these are grade school students.

But, as Gotti says, the moral decay of America starts at the very top; “whaddyou expect when the President’s a piece of crap?”  So it’s to be expected that white kids, including his own grandsons, talk like “coons” and act like “niggers.”

Despite Gotti’s blatant racism many Black rappers have embraced him as a hero and reference his name in hundreds of rap songs. Here’s one entitled “John Gotti” by Puerto Rican rapper “Fat Joe” -the first 10 seconds is scam online marketing add, so just skip to the 11 second mark if you want.

Apparently the Black inmates at Marion, home to the leaders of various prison based gangs and the most violent inmates from across the country, weren’t such big fans since,  one assaulted Gotti and bloodied his face, sending him to the infirmary. “Get outta my way you f****ng n***er, don’t you know who I am?” Gotti allegedly yelled to convicted bank robber Walter Johnson. The next day Johnson saw Gotti on the rec yard and gave him a nice beating. 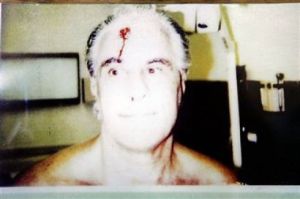 Gotti then tried to hire the Aryan Brotherhood to kill the Black inmate that attacked him. Gotti had been paying the Aryan Brotherhood for protection for years, but AB boss Barry “the Baron” Mills pulled the protection when Gotti’s promise to get him a lawyer that would help Mills overturn a 1979 murder conviction never materialized. Gotti supposedly then offered 500,000 to kill the man that attacked him, Walter Johnson. During the Aryan Brotherhood’s RICO trial in the late 2000’s, an informant testified that the AB went so far as to smuggle two bullets into Marion prison to shoot Walter Johnson with.

Some Federal prison officials thought it was all a set-up, with the Blacks and the Aryan’s planning the whole thing out as a way to extort money from Gotti, knowing he would run to the A.B. for help.

So, have a listen to one of the last “real” Gangsters as he talks to his daughter, it may just give you a new perspective on the Teflon Don. Check out Gangster Report’s official John Gotti photo gallery