John Jr grew up in the upper-middle class section of Howard Beach, Queens with his 2 brothers an sister Victoria (of “Growing up Gotti”) fame. After attending Military Boarding school, he apparently decided against a life in the straight world.

Junior was officially Made into the Gambinos in 1988 and became a Capo in 1990, likely making him the youngest Capo in Gambino history.

When John Gotti was finally sent to prison (for life) in 1992, the charismatic Don machinated for his then 28 year old son, John Gotti Junior, to become acting boss of the Gambino Mafia family. Junior acted as go-between for his father (as he was able to visit the Dapper Don in prison) and a crew of capos attempting to reform the family after being decimated by turncoat “Sammy the Bull” Gravano. He supposedly held this post until 1999. Junior was not held in particularly high esteem by many of the Gambinos, and the Genovese family refused to deal with him at all.

In ’97, the Feds began closing the net on Junior; his home was raided-350k and 2 guns were found, along with a list of  “made” Gambino family members. This blunder earned him the nickname “Dumbfella” in the New York press and raised the ire of his incarcerated father.

In 1998, Junior was handed his first indictment, a RICO case that named him as Gambino boss. The focus of the case was on Gambino extortion of Manhattan’s infamous Scores stripclub. He eventually pled guilty and got 77 months in Federal prison. 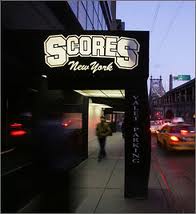 Between 2004 and 2009 Gotti was charged with racketeering 4 times; all these cases ended in mistrial. In January 2010, federal prosecutors announced that they would no longer seek to prosecute Gotti for those charges. The most bazaar of these involved a plot to kill Guardian Angels founder Curtis Sliwa, who had became a talk radio host and fingered Jr, as “Public Enemy #1”. Another indictment involved conspiracy to commit murder.

Today, Junior claims that he has left “the life” behind and is a law-abiding citizen.