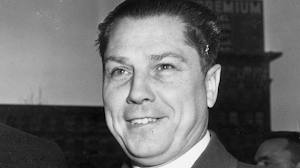 This is an alphabetical list of people still alive who might have legitimate knowledge of what happened to iconic labor union boss Jimmy Hoffa, missing since July 30, 1975, presumed slain by the mob in his quest to reclaim the Teamsters presidency after his release from a prison sentence: 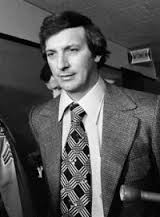 Tommy Andretta – Retired New Jersey wiseguy who was a young mob soldier under the tutelage of Genovese crime family caporegime Anthony (Tony Pro) Provenzano and has been implicated in the high-profile homicide since the start of the investigation 40 years ago. Andretta, 75, currently lives in Las Vegas, but back on July 30, 1975, he’s believed by authorities to have been one of Provenzano’s representatives on the Hoffa hit, according to FBI files, most likely used for “clean up” purposes.

Frank (Frankie the Bomb) Bommarito – At the time of Hoffa’s murder, the Bomb was the top muscle for Detroit mob capo Vito (Billy Jack) Giacalone, the man the FBI thinks probably pulled the trigger and killed Hoffa. The 85-year old Bommarito eventually became captain of Giacalone’s crew upon Billy Jack’s imprisonment and upping to underboss, prior to his partial-shelving in 2012. Authorities suspect Bommarito either could have been by Giacalone’s side during the actual killing or aided in the body disposal process. Per Michigan State Police documents, Billy Jack and the Bomb would refer to the Hoffa hit as the “secret recipe” in conversations with each other in the years after it took place.

Joseph (Joey Jack) Giacalone – Son of legendary Detroit mafia street boss Anthony (Tony Jack) Giacalone, his maroon Mercury Marquis is the car thought by authorities used to deliver Hoffa to his death and possibly then used to transport his corpse to wherever it was disposed of or buried. Hoffa’s DNA and hair were found in the backseat and parts of the trunk. Today, Joey Jack is reputed to be a capo in the Motor City mob, overseeing affairs in hid dad’s old crew. 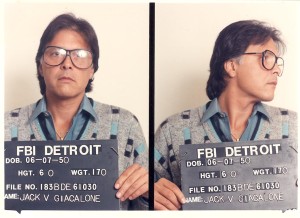 Giacalone – Alleged to be the current Don of the Detroit mob and the son of Billy Giacalone, Jackie the Kid was only 25 at the time of the

Hoffa hit, but was very close with his dad and uncle and was being groomed for the boss’ chair since the early 1980s, so it wouldn’t be hard to believe that he was given the “inside scoop.”

Anthony (Chicago Tony) La Piana – Alleged to be the current underboss of the Detroit mob and a protégé and nephew via marriage to recently-deceased Michigan Don Giacomo (Black Jack) Tocco, Chicago Tony has been the Midwest mafia’s labor-union representative since the early 1980s and the assassination of his predecessor Allen Dorfman, according to federal documents related to former Teamsters president and FBI informant Jackie Presser. Investigators think La Piana, 70, may have been filled in on details of the Hoffa hit by his mentors Jack Tocco and Tocco’s one-time underboss Vincent (Little Vince) Meli , his father-in-law who died of cancer in 2008 and was a longtime liaison between Hoffa, the organized labor movement and the mob. Hoffa attended La Piana’s 1974 wedding to Meli’s daughter. 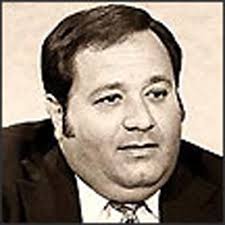 Chuckie O’Brien – Hoffa’s surrogate son and Tony Giacalone’s surrogate nephew, O’Brien was in possession of Joey Jack’s vehicle on the day of the disappearance and some speculate that he was the man driving the car when it scooped Hoffa and took him to where he was killed. O’Brien, 66, admits his possession of the Mercury Marquis on July 30, 1975, but has always denied any knowledge of or participation in Hoffa’s vanishing and murder. He lives in Florida today. 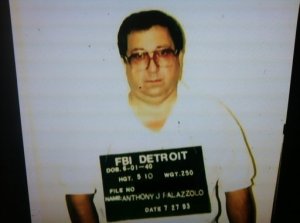 Anthony (Tony Pal) Palazzolo – Veteran Detroit mob lieutenant and tagged by local federal law enforcement as the crime family’s newly-anointed consigliere, Tony Pal, 73, has been a longtime “sleeper” suspect in the Hoffa case. The theory behind his involvement in the hit was bolstered in 2013 when deposed syndicate underboss Anthony (Tony Z) Zerilli went to authorities and told them that Palazzolo was the man that picked up Hoffa in Joey Jack’s Mercury and personally killed him, bludgeoning him to death with a shovel on a piece of rural property in northern Metro Detroit owned by the Family’s then-acting boss, Giacomo (Black Jack) Tocco. Zerilli, who was in prison at the time of the notorious murder, says he was informed of what happened by Tony Giacalone when he was released from behind bars in 1979. Palazzolo, sometimes referred to as “The Butterfly” due to his elusive nature and a protégé of deceased Michigan mafia higher-up Peter (Bozzi) Vitale, was intercepted on an FBI bug placed in his headquarters, the Detroit Sausage Company, bragging of his part in the Hoffa execution and telling an associate that Hoffa’s corpse was disposed of in a sausage grinder.

Antonino (Tony the Exterminator) Ruggirello, Jr –A known “hitter” and grizzled heavyweight in the Detroit mafia, Ruggirello was one of the FBI’s early suspects. Back in the 1970s, Ruggirello, 81 and semi-retired now, was a capo looking after the crime family’s interests in the Ann Arbor and Flint areas, alongside his older brother Luigi (Louie the Bulldog) Ruggirello. According to Michigan State Police records, Ruggirello is suspected of taking part or ordering more than a half-dozen murders, including that of his wife on the day she filed for divorce in 1969. He has served prison time for attempted murder after caught on FBI surveillance planning on blowing up a Flint numbers runner in a car bomb and was considered one of Jack Tocco’s most trusted advisors. Ruggirello and his brother hosted Tocco’s inauguration ceremony when he became Don of the Detroit mob in the summer of 1979 at their ritzy Timberland Game Ranch commercial hunting lodge in Dexter, Michigan, 10 miles out of Ann Arbor. Timberland was searched by the FBI and Michigan State Police for Hoffa’s remains in the years following his disappearance with negative results. Today, Tony the Exterminator, is alleged to be one of new boss Jackie Giacalone’s top consultants and someone who has helped ease the power shift from Tocco to Giacalone regimes. 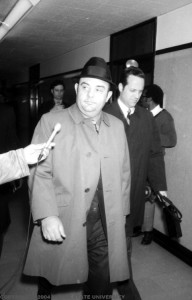 Anthony (Tony Z) Zerilli – The former underboss and acting boss of the Detroit mob, the 87-year old Zerilli lost his stripes following a 1990s racketeering bust and eventually came to the FBI after his release from prison and divulged his knowledge of the Hoffa homicide: Zerilli was told by Tony Giacalone that Hoffa was picked up by Tony Palazzolo and Pete Vitale in Joey Jack’s car, taken to Jack Tocco’s farm property in Oakland Township, Michigan, where he was blasted over the head several times with a shovel and buried under a tree, possibly alive, by Tony Pal. A search of the property in 2013 was fruitless. As of 2015, Tony Z, the son of Motor City Godfather and Commission member Joe Zerilli, was living in isolation in Florida, shunned by the mafia family he was helped head. 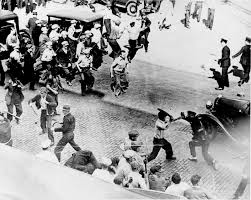 Assorted goons working for Roland (Big Mac) McMasters – Hoffa’s former “in-house” labor union leg-breaker, by the time of Hoffa’s demise, Big Mac had turned against his former boss and had been unleashed on a campaign of intimidation to prevent him from running for president of the Teamsters in 1976. McMasters employed a brigade of Teamsters-backed goons and over the final year of Hoffa’s life the enforcement unit was suspected in several acts of violence and attempted violence towards Hoffa and his camp of staunch loyalists. Award-winning author and journalist, Dan Moldea, (the foremost expert on the crime) is firmly of the opinion that McMasters played a role in the Hoffa hit, most likely in the aftermath of the crime. The FBI excavated property once owned by McMasters in Milford, Michigan in 2006 on a tip in search of Hoffa’s remains, however came up empty.