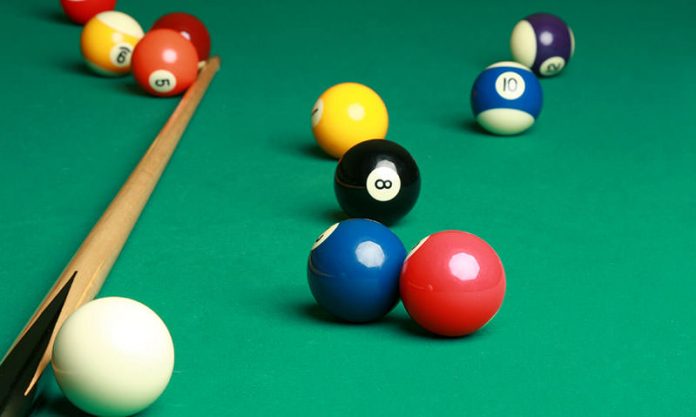 November 17, 2021 — Former Detroit mob associate and fabled pool hall shark Paul (Jew Paul) Bruseloff died at age 94 of natural causes this week, the last of the old Capital Street Social Club crew to cash in his chips and depart for the big casino in the sky. The Capital Street Social Club was located in Oak Park, Michigan, less than a mile north of the Detroit proper border. The band of colorful, high-rolling characters that made up the club’s regulars were a mix of Jewish and Middle Eastern bookies, hustlers, thieves and con men working diligently for the area’s Italian crime family.

For most of the 1970s, 80s and 90s, Bruseloff served as right-hand man to Freddy (The Saint) Salem, who ran the club and all gambling affairs for the Detroit mafia’s Giacalone regime. The Lebanese Salem died of dementia in 2009. Both Salem and Bruseloff were expert pool players and spent much of their time at the old Chalk & Cue Pool Hall up the street from the Capital Street Social Club.

Bruseloff sold kitchenware for his legit job and retired from the rackets long ago when Salem closed up shop in the 2000s due to health concerns. In the pair’s heyday, they organized and operated the Giaacalone crew’s roving backdoor casino nights that saw hundreds of thousands of dollars in cash exchanged in gambling payoffs and debts in the shadow of moonlight at ritzy area mansions, clandestine industrial warehouses and the backrooms and basements of mob-connected restaurants and banquet halls.

According to FBI records, Salem also helped the Giacalone brothers look after the Detroit mob’s interests in the Las Vegas hotel and casino industry and oversaw the transportation of skim money making its way from the count room in the Aladdin Casino on the strip to his bosses in the Motor City. Anthony (Tony Jack) Giacalone and Vito (Billy Jack) Giacalone were notorious Detroit mob captains and per the federal government, the men responsible for kidnapping and murdering long-missing Teamsters union chief Jimmy Hoffa back in the summer of 1975.