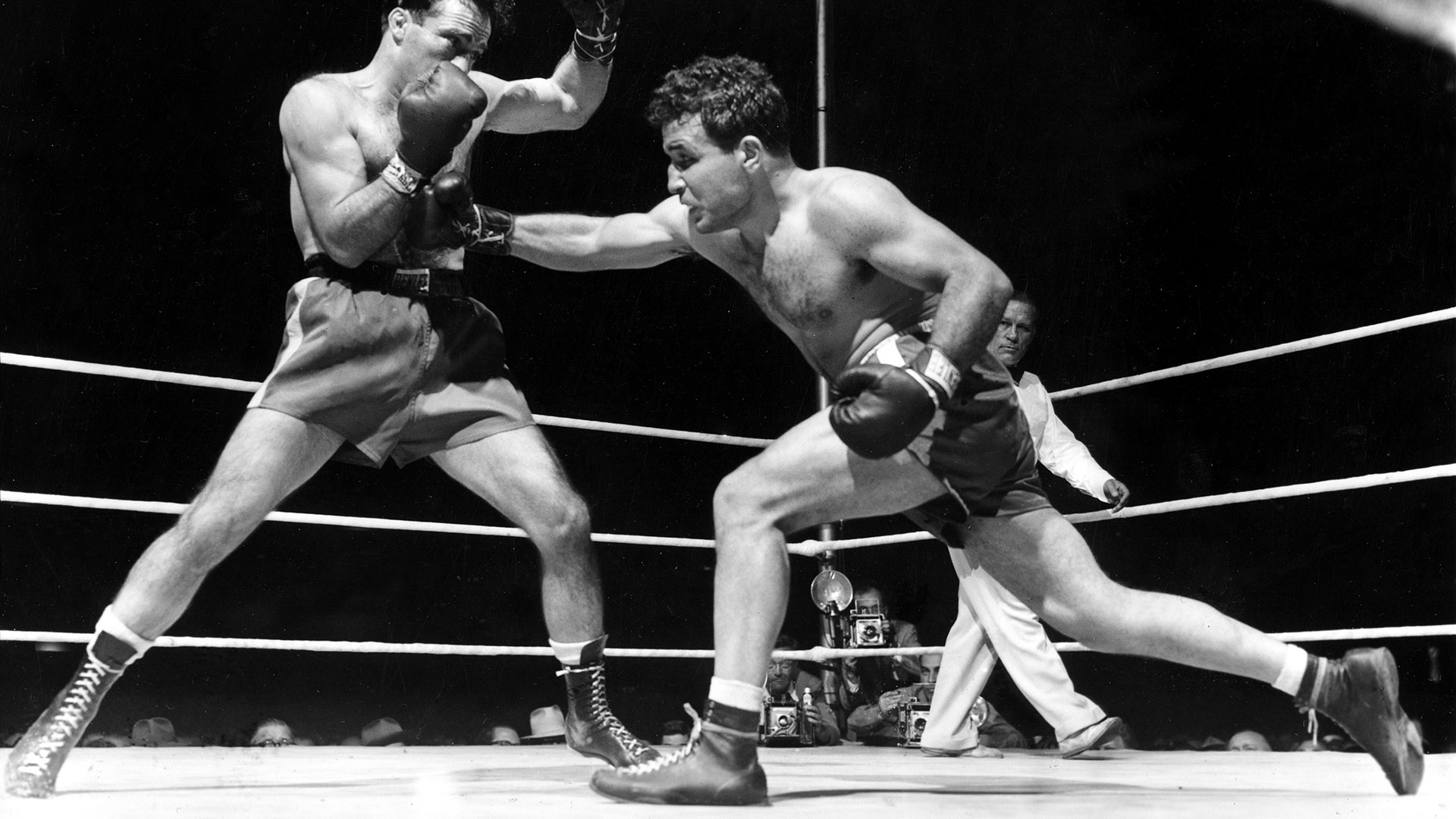 The Raging Bull himself, Jake LaMotta, was wined and dined by the Motown mafia whenever he was town to fight in Detroit during his storied boxing career, recalled recently-deceased boxing manager and mob associate Billy Gutz in an interview conducted in the latter years of his life. A driver and bodyguard for Detroit mob captain Salvatore (Little Sammy) Finazzo in the 1950s and 60s before going on to train and manage a pair of world-champion pugilists in the 1980s and 90s, Gutz (originally “Gutzi,” pronounced GOOT-SEE) died earlier this month at age 86.

“If Jake was in Detroit fighting, the boys in the Outfit (the mob) laid out the red carpet for him, we’re talking huge spreads for every meal,” Gutz remembered. “We’d all be over at Sammy Finazzo’s place or his girlfriend’s place, partying, drinking, eating, laughing, busting balls. Those were good times.”

LaMotta, the subject of the classic American sports film Raging Bull directed by Martin Scorsese and starring Robert De Niro, is still alive at 95. De Niro won the Academy Award for best actor for his portrayal of the brooding, quick-tempered LaMotta, a confessed associate or organized crime and prototypical brawler during his days in the ring. In November 1947, LaMotta admittedly took a dive for the mob in his fight against Billy Fox at Madison Square Garden in New York. Less than two years later, LaMotta won the world middleweight crown with a tenth-round knockout of Frenchman Marcel Cerdan in Detroit at the old, long-since torn-down Olympia Stadium.

“Just like you saw in the movie, Jake had a wicked streak in him, he could go from 0-to-100 miles an hour in two seconds and you didn’t know why, it would be for the most ridiculous things” Gutz said. “One night, we’re out for dinner at this place, this whole crew of wiseguys at the table and Jake goes nuts because his steak was overcooked. I thought he was gonna tear the waiter’s heart out, grab the guy by the neck or something, it was like someone insulted his mother. He was off the wall, screaming, hollering, getting all worked up. Sammy finally had to tell him to knock it off he was causing a scene.”

The city of Detroit served as the Midwest hub of the pro fight game in the United States in the mid-to-late 20th Century. LaMotta fought in Detroit at the Olympia on 19 separate occasions. He retired in 1954 with an 83-19 record.

Little Sammy Finazzo, a one-time bootlegger and alleged triggerman in a string of early-century gangland slayings, ran all of boxing in Michigan from the 1940s well into the 1970s. Finazzo headquartered his activities out of the Motor City Boxing Gym and oversaw a crew of racketeers for the Detroit mob, sometimes referred to as the Tocco-Zerilli crime family.

Gutz was Finazzo’s buffer to the boxing world for a good chunk of his reign as capo. By the 1980s, though, Little Sammy (d. 1994) found himself imprisoned on bribery and conspiracy charges and Gutz gravitated towards managing and training fighters on the up-and-up. Gutz steered Lindell Holmes to a super middleweight title in 1990 and Bernard (The Bull) Benton to a cruiserweight crown in 1985. He also went on to train others, including Floyd Mayweather, Sr., current world-champion Floyd (Money) Mayweather, Jr.’s father, and accomplished lightweight-contender Greg (The Candy Man) Coverson.