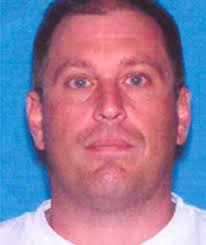 Legendarily lethal Philadelphia mafia don, Nicodemo (Little Nicky) Scarfo, might have shed a tear from his prison cell last Thursday for his son, Nicky Scarfo, Jr., convicted in a New Jersey federal court on charges that he masterminded a scheme to muscle in and fleece the First Plus Financial mortgage company in Texas out of 12 million dollars.

But then again, knowing the elder Scarfo’s monumental reputation for ruthlessness, probably not.

Scarfo, Jr., 49, and his co-lead defendant, Salvatore Pellulo, 47, both connected to New York’s Lucchese crime family, face 30-year-to-life sentences after their convictions in the marathon mob trial that lasted six months and unveiled how the two wiseguys used fear and intimidation to secure control of the down-and-out mortgage company.

Little Nicky Scarfo, 85, has been incarcerated since 1986, following a slaughterhouse reign atop the Philly mob that had a body-count in the dozens. He was an unindicted co-conspirator in the First Plus case. Also an unindicted co-conspirator in the case was Lucchese boss Vittorio (Little Vic) Amuso, locked up in an Atlanta federal penitentiary with Little Nicky at the time of the 2011 indictment.

The pair of Godfathers are longtime friends and allies. Amuso’s friendship literally saved Scarfo, Jr.’s life more than 20 years ago.

Upon Little Nicky’s imprisonment in the late 1980s, Scarfo, Jr was left unprotected from his father’s rivals, specifically up-and-coming mobster Joseph (Skinny Joey) Merlino, the son of Little Nicky’s underboss Salvatore (Chuckie) Merlino. On Halloween night 1989, Scarfo, Jr. survived being shot eight times by a masked assailant while he dined at a popular South Philly eatery. Merlino is the one and only suspect in the crime, but has avoided ever being charged.

Knowing that he couldn’t stay in Philadelphia with Merlino’s eventual ascension to the boss’ seat on the horizon, Scarfo Jr and his dad got Amuso to initiate him into the Lucchese Family, allowing for a move to New York and protection against further attacks from the anti-Little Nicky camp in Pennsylvania .

Scarfo, Jr is no stranger to prison walls. The First Plus case is his fourth racketeering-related conviction in the last two dozen years. Pellulo, an associate of the Luccheses, was Scarfo, Jr’s proxy in the First Plus raid, acting as point-man on the illegal operation.

Both Little Nicky Scarfo and Little Vic Amuso, known as practically equally bloodthirsty, are serving what amount to life prison sentences, but according to numerous sources intimately familiar with the situation, Scarfo remains obsessed with the unrealistic prospect of reclaiming control of the Philly mafia from inside his jail cell before he dies.

“He’s a lunatic (Little Nicky), he actually thought he was going to take that money they were stealing from the bank and buy the Family back,” said one source that has heard all the wiretap evidence in the case. “In his mind, he was going to grease the bosses in New York, clip who he had to clip through people on the outside and then install his kid as boss. That was his brilliant plan. Are you fucking kidding me? This guy isn’t living on our planet anymore.”