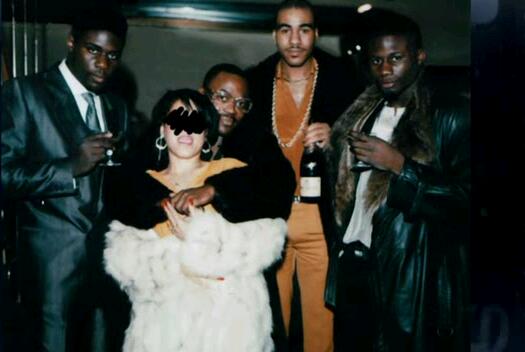 Starting in the mid 1980’s a group of brothers on Detroit’s east side, still teenagers at the time, decided to become a murder-for-hire gang. The 4 Brown brothers; Ezra, Gregory, Reggie, and Terry, grew their deadly business during Detroit’s descent into the crack cocaine era. You can read their story here.

This interview is part of the “Rollin’: the Fall of the Auto Industry and Rise of the Drug Economy” documentary we did in 2010.

This is really a powerful interview, as Nate “Boone” Craft was one of the Best Friends’ chief assassins, eventually confessing to roughly 30! murders as part of a pleas agreement that saw him spend 20 years in the witness protection program. He has since been released to the streets of Detroit.

It’s not everyday that a serial killer sits down to talk about his crimes. The funny thing is though, Nate was actually a seemingly nice guy in person. I heard he recently had a baby. Mr. Craft, incidentally, was voted the #1 gangster of all time on the Gangland TV Show

Detroit is a strange place.