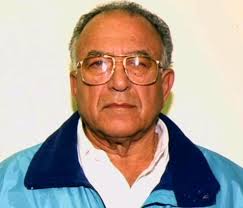 Detroit’s “Last Don” Giacomo (Black Jack) Tocco was laid to rest late last week, in a wake and funeral fit for a king.

The nation’s longest-sitting mob boss at the time he died, Tocco passed away from natural causes at age 87 last Monday night and was laid out at Bagnascos-Calcaterra Funeral Home in Macomb County, the same funeral home (different location) that hosted memorial services for his two and only predecessors back in the 1970s. His funeral was held Friday at St. Claire of Monticello Catholic Church and he was buried at Holy Sepulchre Cemetery in Southfield, next to his father, Michigan’s first modern-day Godfather William (Black Bill) Tocco and brother, his recently-deceased consigliere Anthony (Tony T) Tocco.

Crowds packed into the funeral home run by members of the Tocco family, and church to say goodbye to the regal mob dignitary, respected and feared in the underworld and beloved in his community. Alleged street boss Peter (Specs) Tocco, 66, Black Jack’s favorite nephew, greeted mourners at the door. Reputed underboss Anthony (Chicago Tony) La Piana, 70, Tocco’s protégé and nephew via marriage and newly-crowned Detroit mob don Jack (Jackie the Kid) Giacalone, 62, were present helping preside over the precession as well.

Deposed 84-year old capo Frank (Frankie the Bomb) Bommarito’s appearance to pay his respects to the departing don was met by Jackie Giacalone, whose father and deceased Family underboss Billy was the Bomb’s best friend, immediately leaving. Bommarito and the younger Giacalone have been fighting since Billy Jack passed away two and a half years ago.

Not surprisingly, FBI agents peppered the crowd and shot surveillance photos from the across the street, noting those in attendance, just like they did four decades ago when Tocco’s father Black Bill and uncle, Joseph (Joe Uno) Zerilli, died after ruling a near half-century atop the crime syndicate they co-founded unchallenged.

Zerilli and Black Bill Tocco, brother-in-laws and best friends, won the “Crosstown Mob War” at the end of Prohibition and established the Motor City’s LCN branch in 1931, with Tocco serving as boss from 1931-1936 and Zerilli from 1936-1977, even earning a forthcoming seat on the national mafia Commission. Jack Tocco was “acting boss” of the crime family beginning in the early 1970s and was officially anointed the new don on June 11, 1979 at a ceremony at a posh hunting lodge near Ann Arbor.

Black Bill Tocco died of a heart attack in 1972, while Joe Uno held on until 1977 when he died of natural causes after never spending a night in jail. Until the Family’s recent power-shift, seeing Jack Tocco pass the reins to Jackie Giacalone and Tony La Piana, the Detroit mob had always been in the direct-hands of him or his blood relatives.

Bagnascos Funeral Home, the business itself, is entrenched in Detroit mob lore. Founded by Sicilian immigrant and alleged mafia soldier Frank (The Undertaker) Bagnasco at the start of the 20th Century, he was a key lieutenant to Black Bill Tocco and Joe Zerilli when they created what came to be known as the Detroit LCN crime family. Detroit Police Department files indicate Tocco and Zerilli may have even held a piece of silent ownership in the funeral parlor.