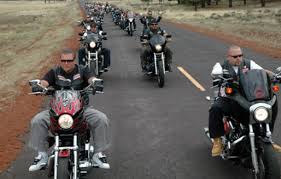 He’s out there. Somewhere. He just doesn’t want to be found. And those looking for him have been coming up empty for a decade and a half. Canadian authorities and Interpol agents alike are entering their fourteenth year in search of infamous Hell’s Angels outlaw biker David (Wolf) Carroll, one of the world’s most sought-after fugitives.

Carroll, 63, has been on the run from the law since 2001 when he was indicted in a Quebec court for drug-dealing, racketeering and murder, alongside his boss and close friend Montreal motor cycle gang kingpin Maurice (Mom) Boucher.

A suspect in over a dozen gangland slayings, Carroll was one of Boucher’s primary enforcers and street lieutenants and a member of his break-off Quebec Nomads Hells Angels chapter that exercised unilateral authority in gang affairs throughout Canada in the late 1990s and early 2000s.

For the better half of the 1990s and into the New Millennium, Carroll, Boucher and the Montreal branch of the Hells Angels engaged in a brutal, near decade-long dispute for drug turf known in the press as the Quebec Biker War. The ultra-violent conflict resulted in almost 200 homicides, countless fire, car and bike-bombings and endless bad blood between the Hells Angels and a renegade biker faction led by Boucher’s one-time pal, Salvatore Cazzetta, who had formed the rival Rock Machine Motorcycle Club in the mid-1980s.

Born and raised in Halifax, Nova Scotia, Carroll joined a local outlaw biker gang called the 13th Tribe, eventually turned into the Hells Angels’ Halifax chapter which he would go on to become president of. Personally recruited by Boucher, he came to Montreal in 1995 and was placed in charge of narcotics activity in the Laurentians, a mountainous tourist region north of the city.

According to the 2001 indictment, Carroll owned the reputation as a capable killer. Believed to have taken part in the notorious Lennoxville Massacre in 1985, he would go on to become Boucher’s most trusted hit man, suspected by police in taking part in 15 homicides (13 of which he’s been fingered by witnesses and/or informants as the triggerman in).

Carroll was arrested and charged in the March 24, 1985 mass murder of five Hells Angels at the club’s Sherbrook chapter in Lennoxville, Quebec, – killed in an ambush for their insolent behavior – but was acquitted by a jury at trial.

Investigators think that the hit team in Lennoxville that day was made up of as many as a dozen assassins, although only four (Harold Pelletiere, Robert “Snake” Tremblay, Luc “Scary Sam” Michaud, Rejean “Zig Zag” Lessard) of the suspected hit men would be convicted and jailed on any related counts.

The second Carroll got word in early 2001 that a major indictment was coming down he split town. When a heavily-armed Canadian police brigade spread out across Quebec on the morning of March 28, 2001, to arrest the dozens of defendants in the case (codenamed: Operation Printemps or “Spring 2001”), they picked up everyone but Wolf Carroll.

The Wolf Man had vanished without a trace. Almost 14 years later, they’re still looking for him. 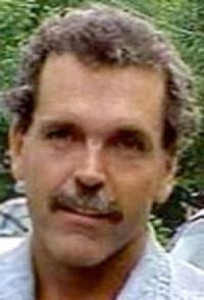 Carroll, who is bi-lingual and according to prison psychiatric-evaluations owns a close-to-genius IQ, has been on Interpol’s 10 Most Wanted List for over a decade. Since he disappeared, he’s suspected to be globe-trotting around the world, being hidden by Hells Angels’ associates and members in international locales like New York, Paris, Berlin, South Africa, South America, Central America, New Zealand, Australia, Turkey and Mexico.

One of his last-known sightings was in Australia in 2012. He’s rumored to be supporting his travels by setting up wholesale drug deals in several of the countries he’s visited.

Boucher, 61, is currently serving life-in-prison for ordering the execution of a pair of prison guards and won’t be eligible for parole until 2027.

If you have any information on Carroll’s whereabouts, please contact crime-stoppers at 1-800-222-8477.