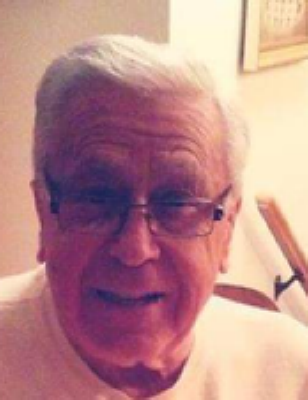 May 12, 2021 – Chicago Outfit soldier Lawrence (Hungry Larry) Petitt died late last year of natural causes at the age of 90. He passed on November 30, 2020, surrounded by loved ones and with a hardened reputation for being a tried-and-true mobster and a respected, standup guy in his time roaming the Midwest underworld making mega bucks for himself and his bosses.

Petitt had been retired from Chicago mob activities for the past decade. His older brother and gangland running buddy Joseph (Joe Elks) Petitt, died back in 1999. The Petitt brothers grew up on Taylor Street in Chicago’s Little Italy and ran errands for the remnants of the old “42 Gang” in their youth. Their real sur name was Petitti.

According to Chicago Crime Commission files, the Petitt brothers acted as gofers for 42 Gang member and future West Side capo Fiore (Fifi) Bucceri as teenagers and were “made” into The Outfit’s Cicero crew, worked directly for Bucceri’s protege, future mob don Joe Ferriola (d. 1989)

Prior to becoming acting boss in early 1986, Ferriola was skipper of the Cicero regime. The 42 Gang was a so-called “JV Chicago mob” started from Taylor Street during Prohibition and prominent in the years directly after the Volstead Act was repealed until most of the members were given buttons in the Outfit.

Larry Petitt was a suspect in the February 10, 1985 mob hit of feared Jewish Outfit lieutenant Leonard (Little Lenny) Yaras, gunned down by a two-man hit team in front of his uniform-apparel company less than 24 hours after his mob protector, North Side street boss Joe (Little Caesar) DiVarco, was convicted of racketeering and his bond revoked. DiVarco oversaw Outfit rackets on Rush Street, the Windy City’s main downtown nightlife and entertainment district.

The week before he was wacked, Yaras had engaged in a heated verbal altercation with Petitt at an Elmwood Park social club over Hungry Larry accusing Little Lenny of skimming from the collections he was doing on behalf of Ferriola, informants were eager to tell the FBI and Chicago Police Department in the weeks following the Yaras slaying. Per an FBI internal memo dated August 1986, the Petitt brothers inherited Yaras’ gambling and loan sharking businesses following him being killed.

Cicero crew associate David (Red) O’Malley was indicted and put on trial for Yaras’ murder in 1986 but was found not guilty and acquitted by the jury. Yaras’ dad, David (Davey Boy) Yaras, was a longtime enforcer and hit man for the Chicago mob. “Davey Boy” Yaras (d. 1974) was looking after the Outfit affairs in Miami in his later years and brought his son Little Lenny into the family business, placing him with the North Side “La Kosher Nostra” Jewish contingent out of Rogers Park and its point man on Rush Street for collections, Little Caesar DiVarco.