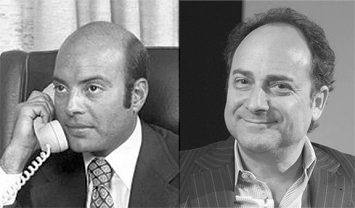 August 6, 2021 – Former mobbed up Las Vegas casino mogul Allen Glick died of cancer this week at his home in San Diego. He was 79 years old and his role in the historic mafia-controlled Vegas gambling “skim” operation was depicted on the big screen in the 1995 gangster-genre classic, Casino, directed by Martin Scorsese.

Glick was the front man for several Italian crime families out of the Midwest in their Vegas gaming interests and the city’s second-biggest casino owner of his era. Facing prosecution himself, he became the star witness at the watershed Operation Strawman skimming trials of the mid-1980s. Actor and comedian Kevin Pollack portrayed a character based on Glick in the film Casino. Pollack’s character was named Philip Green.

A heavily-decorated military veteran, Glick was awarded numerous medals for exemplary service in the Vietnam War. In the years after the war, he was backed for a 65-million dollar Teamsters union pension fund loan by mafia organizations in Chicago, Kansas City, Milwaukee, Cleveland and Detroit and started the Argent Corporation. His first purchase was the Hacienda in 1974, quickly followed by the Stardust, the Fremont and the Marina. The only person who owned more of Las Vegas at the time was eccentric billionaire Howard Hughes.

Glick got hooked up with the crime syndicates from a college friendship with the son of Milwaukee mob Godfather Frank (The Mad Bomber) Balistrieri. The casino boss status he held was in name only though; his ownership was in fact puppeted by the Midwest mob dons who placed him in his post and their respective emmisaries dispatched to Nevada to oversee their business there.

Eventually tiring of dealing with him, the Midwest mob dons sent Kansas City mafia figure Carl (Tuffy) DeLuna to meet with Glick. At the meeting, DeLuna threatened Glick’s life and forced the sale of his casino empire in 1980. Glick testified to the events surrounding his sale of the casinos at the Strawman trials which sent DeLuna and Frank Balistrieri, among many other powerful Midwest mafia chiefs, to federal prison.