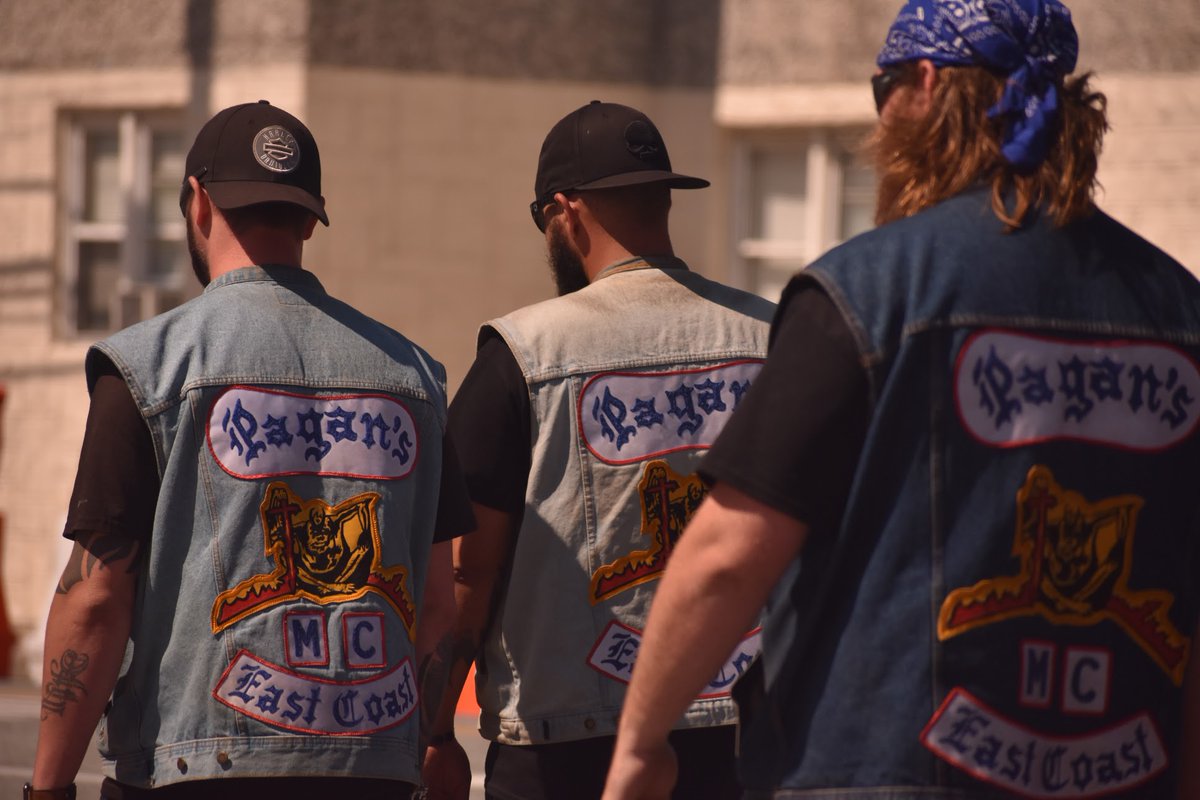 August 7, 2021 — The Big Bob Era is now off and running. The Blue Wave might not be in jeopardy after all.

The Pagan’s Motorcycle Club has a new national president. Word has filtered out of both Philadelphia (Mobtalk Sitdown) and New Jersey (NJ.com) media outlets in the last two weeks that Robert (Big Bob) Francis of Virginia is running the club now.

Francis was hand-picked by his predecessor, Keith (Conan the Barbarian) Richter, who is headed off to prison in the fall for being a felon in possession of a firearm. The 61-year old Big Bob served as one of Richter’s most-trusted advisers and top enforcers in the club’s Conan the Barbarian Era. He’s 6-foot-7 in height and known for being low key and deliberate in his actions, opposed to the more volatile Richter. Per sources, Big Bob would often play “good cop” to Richter’s “bad cop” in the Richter regime.

Richter, 62, was caught with a gun (45-caliber Ruger) during a February traffic stop in New Jersey, minutes after departing an annual club get-together in the Philly area. Richter hails from the club’s Long Island, New York

The party that Richter attended that night (February 20) is thrown every year in Lancaster, Pennsylvania to commemorate deceased Pagan’s brother Robert (The Mailman) Rutherford, killed in the infamous February 2002 Hellraisers Ball Brawl. Francis was one 73 Pagan’s involved in the deadly scuffle with the rival Hells Angels Motorcycle Club that popped off at a Hells Angels fundraiser held inside a Long Island banquet hall. Francis did six years in federal prison for his role in the brawl.

When Richter sees the judge at his sentencing hearing in October, he is looking at a possible 10-year term in federal prison. He currently awaits sentencing behind bars, denied a bond for fear of him being a flight risk.

Upon taking the reins in the Pagan’s four years ago, Richter ordered a massive expansion campaign he called the “Blue Wave.” There have now been nine new Pagan’s chapters opened on the east coast under Richter’s Blue Wave mandate and another handful opened in Texas, Oklahoma and Arizona.

Richter’s desire to bulldoze his way across the country has rubbed some old-school Pagan’s the wrong way, according to multiple sources. Former Pagan’s national president Dennis (Rooster) Katona spilt off from the club upon Richter seizing power in a non-violent coup staged in late 2017 and started the Sutars Soldiers. Katona lives in Westmoreland County, Pennsylvania and came up in the Pagan’s ranks through the Pittsburgh chapter. Other veteran Pagan’s left to start a club called the Jackals.