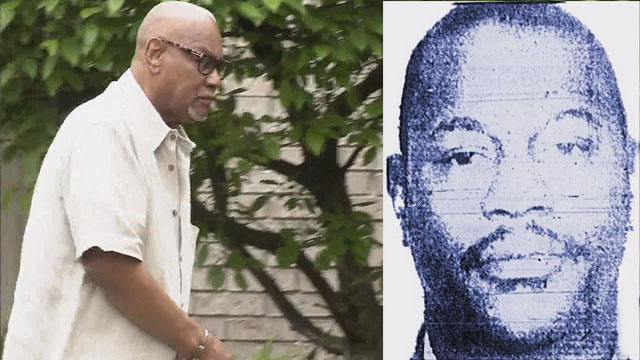 Usher, 71 and currently facing federal heroin-dealing charges stemming from an arrest this week, was originally convicted, then acquitted at a second trial of the 1979 triple-beheading executions of Joanna Clark, William (Dirty Dirt) McJoy and William (Straw Hat P) Jackson. All three were found in a van on the east side of Detroit on July 18, 1979, their heads and hands chopped off. McJoy and Jackson were two of Usher’s top lieutenants in his Murder Row gang, the biggest and most feared narcotics organization in Michigan in the mid-to-late 1970s and a crime syndicate believed to be responsible for at least 15 gangland killings between 1977 and 1979.

Convicted initially in a 1980 trial, Usher had the conviction overturned on appeal and then earned an acquittal at a 1989 retrial after his attorney (ace defense counsel Steve Fishman) successfully argued to the jury that Usher was supposed to be a victim of the massacre and didn’t order it.

“He talked his way out of being killed,” said one exclusive Gangster Report source familiar with Usher and Murder Row in its heyday. “Nitti’s guys were slaughtered, he sidestepped the whole blood bath by thinking quick on his feet and convincing the hit squad that they’d be writing their own ticket to hell if they did him in. Usher was one of the most juiced-in players around back then. He had a lot of different dangerous cats watching his back.”

FBI and DEA records tie the cause of the Michigan Federated Democratic Social Club slayings to a power struggle atop the Murder Row gang, pitting Usher against Adolph (Doc Holiday) Powell, the gang’s main enforcer. The Bayou-born Powell came to Detroit from New Orleans via in the late 1960s and was charged and acquitted of the triple murder at trial.

Powell and Usher, per these federal files related to organized drug activity in the Motor City in the 1970s, are alleged to have fallen out in the wake of Murder Row co-founder Harold (The Hawk) Morton being arrested in 1977 (drug smuggling from Europe, the murder of a female courier) spurring two years-worth of violent flare-ups as Usher and Powell tangled over syndicate territory and supply sources.

In the days before Usher, Powell and three others –  Benjamin (Shorty B) Fountain, Robert (Lefty) Partee and James (Jimmy Red) Freeman and – were indicted for the triple homicide and dismemberments in October 1979, a Murder Row member named Clarence (Micket Was) Welton popped up dead, apparently because the gang thought he was snitching and relaying his knowledge of the social club slayings to authorities.

Located in Detroit’s Midtown section on Garfield, off Woodward, the Michigan Federated Democratic Social Club was opened in 1932 as a congregating spot for African-American politicians in the area, but by the 1970s had transformed into a hangout for black gangster types like the Murder Row boys.

Usher had heavyweight gangland sponsorship in the local Italian mafia, specifically the highly-feared Giacalone brothers (“Tony Jack” & “Billy Jack”), the Detroit mob’s street bosses for the second half of the 20th Century and responsible for countless clippings, bump-offs and rubouts in their more-than-50-year reign. As a teenager, Usher was an errand boy for the Giacalone crew on the rough-and-tumble eastside, getting a Grade-A schooling in the rackets by the Rembrandt and Da Vinci of the Detroit mafia and then eventual financial-backing for an mob empire of his own in the city’s black community.

Another early mentor to Usher in the Motor City underworld was Chester Campbell, a legendary freelance hit man and enforcer who worked closely with the Italians and might have killed upwards of 100 people with his own hands. According to DEA documents, Campbell buffered relations between Usher and Powell and his imprisonment in 1975 for being caught with a notorious “hit list,” dotted with the names and addresses of dozens of politicians, attorneys, judges, media members and mobsters, set the two off on a collision course that concluded that sticky, summer evening 36 years ago.

First-hand witness testimony placed Usher arriving at the Michigan Federated Democratic Social Club at around 11:00 am on the morning of July 18, 1979, followed in succession by the three victims and then Powell, Partee and Freeman. Partee and Freeman had been hiding out in San Diego, a longtime west coast outpost for Detroit’s Italian mafia family, dodging arrest in another case. Freeman is a suspect in numerous gangland slayings that occurred on Michigan soil in the 1970s and 80s.

Further eye witness accounts at trial, said that Powell left before the job was done, Partee and Freeman shot McJoy, Jackson and Clark execution-style in the back of the head and that Usher aided club personnel in chopping up the bodies in the kitchen and then sat beside Partee and Freeman counting money and chatting as the dismemberments were completed and left with them in his car. Around 8:45 pm that night, a passerby noticed blood leaking from an abandoned van a few miles away from the social club and alerted the police.

The only person beside Usher convicted at the first trial was Partee, currently 75 years old and serving a life prison sentence. Freeman is doing life via a habitual offender statute. Doc Holiday Powell was assassinated while having a drink at the bar at La Player’s Lounge, a known hoodlum hotspot on the eastside, in January 1983.

Usher was released from behind bars in 1994 and had reportedly relocated to Indianapolis (he kept partial residence in the Hoosier State in the 70s as well). His indictment and arrest earlier this week found him living back in the area in a well-manicured residence on 12 Mile and Southfield Road in Southfield, Michigan, less than five miles outside the Detroit city limits, where according to this week’s indictment, he oversees heroin sales.

An interesting tangential connection to the Michigan Federated Democratic Social Club case was the Detroit Tigers pro baseball club’s trade of fan-favorite and hometown boy Ron LeFlore to the Montreal Expos two months following the murders. DEA filings reference Leflore as a social companion of Usher and his Murder Row crime syndicate in his days as a MLB All-Star centerfielder and base-stealing specialist and speculate the Tigers trade of him in December 1979 was due to the organization being skittish regarding his alleged ties (although not of the criminal nature) to Usher and Usher’s thug pals.

LeFlore was serving time in state prison in the early 1970s when he was discovered by the Tigers and signed directly off the jail yard diamond via a tip to then-manager Billy Martin from incarcerated Giacalone crew goon Jimmy (Cokie) Karalla, linked to mob-run sports gambling out of the Lindell AC, a popular tavern down the street from Tigers Stadium and a bar and night spot frequented by Martin and his players in that era.

Detroit Lions all-pro football player Alex Karras was suspended for the entire 1963 season by the NFL related to his ownership piece of the Lindell AC bar, it’s organized crime element and his personal wagering habits on events he was participating in with the Lions. Karras achieved fame in Hollywood after his NFL career on the pro gridiron was completed, starring in a number of movies (Blazing Saddles, Against All Odds) and television shows (Webster). The original Lindell AC closed in 2006.

Usher was seen in the presence of Jack (Jackie the Kid) Giacalone, Billy Giacalone’s son and alleged to be the new mafia boss of Detroit, in January 2014 at the funeral of Allen (the General) Hilf, a respected Jewish mob associate and street advisor to multiple generations of Giacalone gangster royalty.

Hilf was the Giacalones’ primary liaison to the black underworld at the time Usher ruled the city’s drug game. Both Big Frank Nitti – nicknamed by Billy and Tony Jack in honor of the Italian Chicago mobster who was the brains to Al Capone’s brawn during Prohibition – and Jackie Giacalone served as pallbearers at Hilf’s funeral (died of kidney failure).