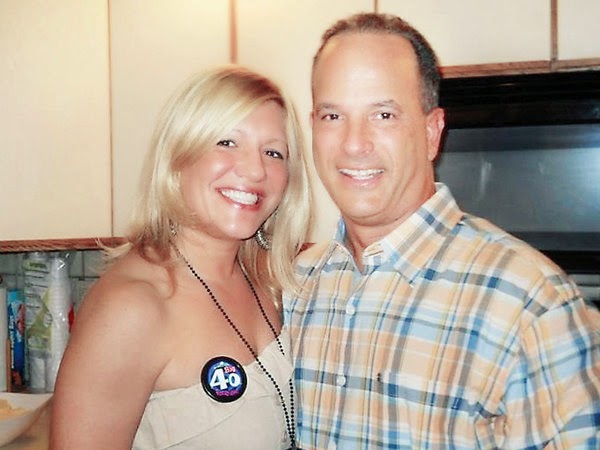 Philadelphia mafia associate, convicted felon and former government informant Gino DiPietro was killed gangland style five years ago this week. On the late afternoon of December 12, 2012, just blocks away from where Bruno-Scarfo crime family leaders stood trial for racketeering, DiPietro was slain as he got into his pickup truck across the street from his South Philly residence.

Most of the mob administrators on trial eventually walked away from the case unscathed. DiPietro obviously wasn’t so lucky. The Di Pietro murder was the most recent mob hit from the City of Brotherly Love and without question one of the most poorly executed gangland slayings in recent memory.

Minutes after DiPietro was gunned down, mob soldier Anthony Nicodemo was arrested at his home. The getaway vehicle, his Honda Pilot SUV – identified speeding away from the crime scene by eye witnesses – and the murder weapon, a 357 magnum revolver – found in the backseat of the Honda Pilot – confiscated by authorities.

The 46-year old Nicodemo, pegged by police as the getaway driver, pled guilty in 2015 to taking part in the murder conspiracy in state court months following a mistrial in the case. He’s doing 25-to-50 years in prison.

The triggerman in the hit has never been charged, but police, prosecutors and the FBI point the finger at Nicodemo’s running buddy on the street and fellow reputed mob button man, Domenic (Baby Dom) Grande. There is a $20,000 cash reward for information leading to more arrests in the DiPietro murder probe.

DiPietro was nailed with his first-cousin Victor DiPietro in a 2008 drug case in which he allegedly wore a wire. The reason for Gino DiPietro’s murder though, according to exclusive Gangster Report sources, had nothing to do with his cooperation with the government. Instead, the sources claim, the 2012 hit was tied to a personal beef between DiPietro and Nicodemo stemming from an insult at a card game months earlier that year where DiPietro cursed at Nicodemo after Nicodemo demanded payment on an outstanding gambling debt.

Nicodemo, a protégé and former bodyguard for longtime Bruno-Scarfo boss Joseph (Skinny Joey) Merlino, reportedly ran the card game the dispute took place at for the Philly mafia. Baby Dom Grande, 38, is a nephew by marriage to Merlino’s best friend and underboss Steven (Handsome Stevie) Mazzone. Per sources, Nicodemo and Grande met with Mazzone the night prior to the DiPietro hit and Merlino himself signed off on the job in the weeks before when he returned to town for his father’s funeral.

Upon Merlino being released from a 12-year prison term for federal racketeering in early 2011, he relocated to Boca Raton, Florida. Currently under indictment on another racketeering case, Merlino, 55, is back in South Philly preparing for trial, set to begin in New York in January.

Prior to the DiPietro cousins getting busted for moving cocaine, Victor DiPietro found slain mob figure John (Johnny Gongs) Casasanto dead in his home in 2003. One of the prime suspects in the Johnny Casasanto homicide is Anthony Nicodemo. Casasanto and Joey Merlino were rivals and Casasanto is alleged to have carried on a romance with Merlino’s wife while Merlino served time behind bars. Victor DiPietro’s brother, convicted murderer Nicodemo (Nicky Slick) DiPietro, is said to have bragged to a cellmate of his that he had placed a contract on Gino’s head for betraying Victor.