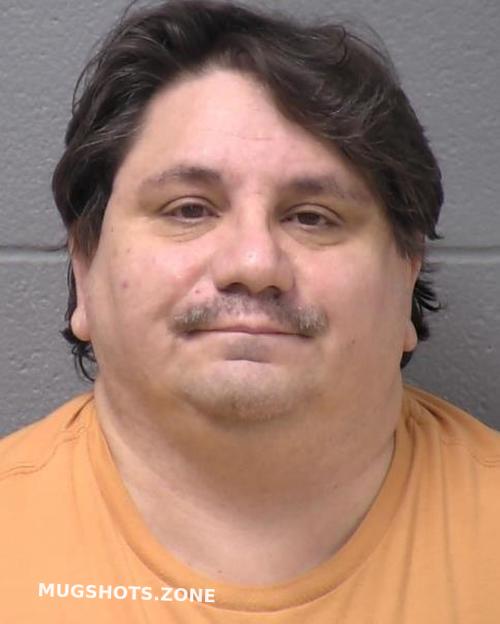 August 17, 2022 — The man trying to get the landmark Operation Family Secrets case reopened is behind bars. Former Chicago mob associate Chuck Miceli was arrested this week for nine counts of fraud out of Will County related to construction jobs and bad checks. Bond was set at $200,000.

The 56-year old Miceli, a former police officer, served a decade in prison down in Florida in the 2000s for defrauding investors in a nightclub venture. His pro se motion in Family Secrets initially got a hearing date earlier this month, but it was thrown out of court by U.S. District Judge John Robert Blakey before the motion was ever argued based on Miceli not being a movant or retained counsel in the case.

The motion was filed by Miceli on behalf of the Outfit’s incarcerated boss, James (Jimmy the Man) Marcello, currently serving life in prison from his conviction in Family Secrets, the biggest organized crime prosecution in Chicago history. Marcello, 78, led the mafia in Chicago in the early 2000s and is being housed in the feds’ SuperMax unit in Florence, Colorado where the most dangerous men in the BOP reside in 23-hour a day lockdown.

The Family Secrets indictment landed in April 2005 and charged him and 13 other men with 18 previously unsolved cold-case homicides. Some of the murders resolved in the Family Secrets case were dramatized in the movie Casino. Micelli has been a cooperator for both state and federal law enforcement in the

The case’s original judge, U.S. District Court Judge James Zagel ruled in 2006 that Miceli couldn’t testify at the trial that lasted between June and October of 2007. From his prison cell in Florida, Miceli had lobbied to be called to the stand so he could refute the government’s scenario surrounding the 1974 gangland slaying of mob associate and future government witness Danny Seifert, one of the most well-known mob hits adjudicated at the historic trial. Miceli claims to have witnessed the murder when he was 8 years old. Marcello wasn’t alleged to be involved in Seifert’s killing, carried out in broad daylight in front of his wife and young son at Seifert’s Bensenville plastics factory.

Longtime Chicago mob power Joey (The Clown) Lombardo was found guilty in the Seifert hit and besides Jimmy Marcello, was the lead defendant in the Family Secrets saga. Seifert was about to testify against Lombardo and other Windy City mafia figures in a Teamsters pension-fund fraud case revolving around a New Mexico work pail manufacturing company when he was slain. Miceli grew up around Lombardo on Chicago’s near Westside.

Lombardo was capo of the Outfit’s Grand Avenue crew and then got promoted to consigliere of the organization in the 1990s following a prison stint. He died of throat cancer in 2019 at age 89.

Miceli’s cooperation with the government began 13 years before the Family Secrets case was filed with the successful prosecution of former Cook County Chief Merrit Board Investigator Jack Novelli in 1992. Miceli put a Gangster Disciples shot caller away for life with his testimony in the murder of Pamela Strauss in Rock Island in a 1996 drug deal gone wrong. Part of Miceli’s cooperation included stopping a murder contract put out for New York mob princess and reality television star, Vickie Gotti Agnello, the daughter of the deceased Dapper Don, John Gotti, former celebrity boss of the Gambino crime family. Most of Miceli’s cooperation related to political corruption and dirty policemen.