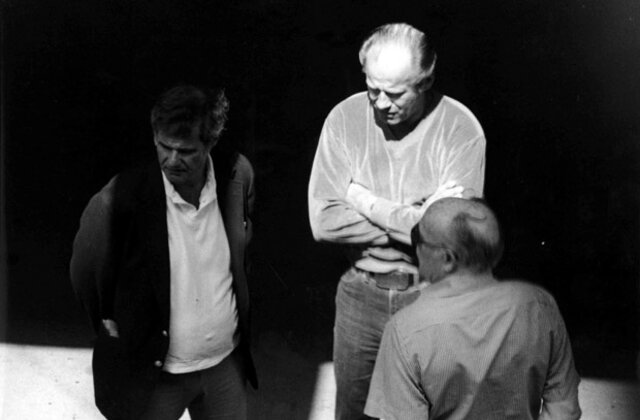 August 19, 2022 — After a nearly four-year investigation, charges against Massachusetts gangster Freddy Geas and two others were finally filed today for the 2018 murder of Boston Irish mob boss and government informant James (Whitey) Bulger inside a federal correctional facility in West Virginia. According to the indictment, Geas and North Shore Boston mob figure Paulie DeCologero beat Bulger to death with socks holding metal locks just hours following his arrival at the Hazelton, West Virginia prison via a transfer from a Florida prison protective custody unit.

Bulger, 89, ruled Boston’s Irish underworld from the early 1970s until his indictment in 1995 when he took off and lived as a fugitive of justice for 16 years. Late in his reign atop the “Southie” and Winter Hill rackets, The Boston Globe reported that Bulger was a top-echelon FBI informant who had helped the government bust the region’s Italian mafia and eliminate rivals by feeding the feds street intel in exchange for what basically amounted to a license to kill. Bulger’s status as a rat was confirmed in court documents and indictments of federal agents while he was on the run. Apprehended hiding in Los Angeles in 2011, Bulger was convicted of multiple gangland homicides at his 2013 trial and sentenced to life behind bars.

On the street in the 1990s and 2000s, the 55-year old Geas was a top enforcer for the Springfield (MA) mafia, a satellite wing of New York’s Genovese crime family. Geas and his brother Ty were convicted in the 2003 slayings of Springfield mob skipper Adolfo (Big Al) Bruno and mob associate Gary Westerman. The Geas brothers helped their best friend Anthony (Bingy) Arillotta seize power but were never formally inducted into the Genovese family because of their Greek heritage

Arillotta replaced Bruno as capo of the Springfield mob crew on behalf of the Genovese family. Westerman, a drug dealer and Arillotta’s brother-in-law, was suspected to be cooperating with police. Facing murder charges in the Bruno and Westerman hits, Arillotta became a witness for the government against the Geas brothers and his bosses in the Genovese clan.

DeCologero, 48, was a member of his uncle, “Big Paulie” DeCologero’s North Shore mob crew. He was found guilty of murdering a teenage girl in 1996 that he and his crew felt was going to talk to the feds as well as heroin and steroid trafficking linked to activity out of his uncle’s gym in Woburn, Massachusetts.

Sean McKinnon, 36, was also charged today in the Bulger homicide conspiracy. Prosecutors say McKinnon acted as a look-out in the Bulger murder and lied to investigators over the course of several interviews. When the indictment dropped Thursday, McKinnon was free and living in Florida. McKinnon was Geas’ cell mate at Hazelton.