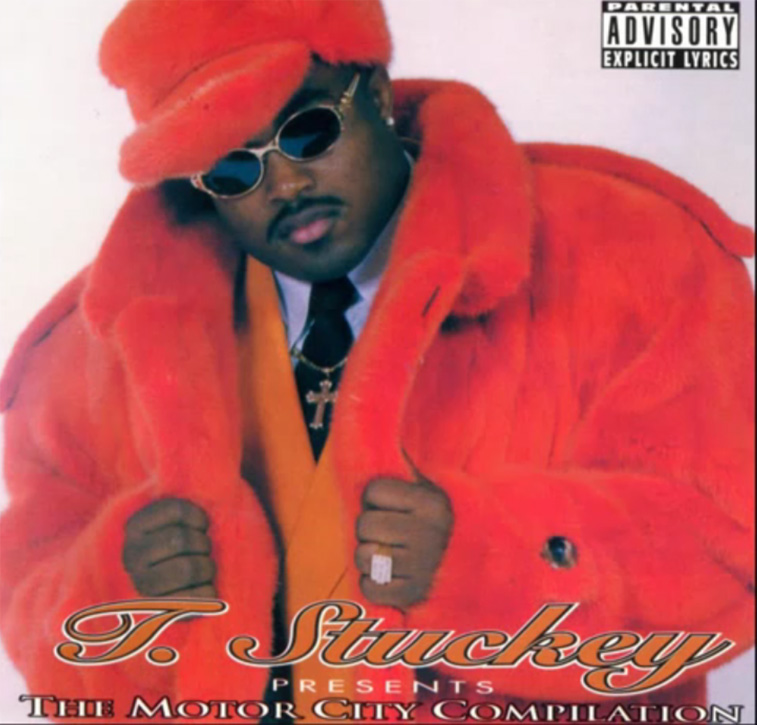 Thelmon “Tee” Stuckey is a shadowy legend of the Detroit underworld. In the early 2000′s he was sentenced to life in Federal prison for drug trafficking and homicide; he narrowly avoided a death sentence-one of his initial charges was for the murder of a disgraced former Detroit Police officer who’d been kicked off the force for brutality and got involved in the city’s out-of-control crack trade.

Known on the streets as “Lucky Stuckey” he was sentenced to 40 years for attempted murder at age 18, but had the conviction reversed on appeal after just a few years. Once released, according to Detroit and Federal law enforcement, Stuckey and others from his near west-side neighborhood of Puritan Avenue became major players on the streets of Detroit.

Just as his recording career was taking off, Stuckey was arrested for murder again. This time, he was accused of killing a man in front of a Detroit night club and spraying the Detroit police with his AK-47. Amazingly, Stuckey’s ace legal team helped him not only beat this case also, but successfully sued the Detroit police department for a six figure settlement.

Eventually, Stuckey’s luck ran out, and, just as the new millennium was rolling in, the Feds were rolling out a series of indictments that accused Stuckey of multiple homicides and trafficking hundreds of kilos of cocaine; the Department of Justice under John Ashcroft made him one of the first potential subjects of the new Federal law allowing the death penalty for certain drug cases.

After a long and complex legal fight which included the government using his rap lyrics against him and Super Bowl MVP Dwight Smith being convicted of money laundering for him, Stuckey was convicted and sentenced to life in prison.

Stuckey maintains his innocence to this day.

You can watch the whole film on Vimeo.