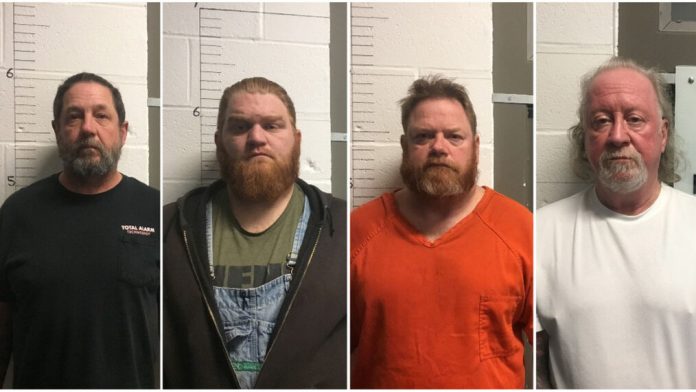 July 23, 2022 — Despite the government promoting the narrative that Virgil (Arlo) Nelson is the “OG” boss of The Outlaws Motorcycle Club in Oklahoma, three sources with close ties to the Oklahoma City Outlaws MC chapter claim Nelson is on retired status with the club and no longer holds any leadership role.

Nelson, 68, had murder charges against him dismissed this past week in state court. He was indicted in state court back in December for the September 12, 2021 killing of Danny Aaron, a U.S. Marine Corps vet and member of The Pagan’s Motorcycle Club. Aaron, 33, was gunned down riding his Harley Davidson motorcycle eastbound on Highway 62. Nelson was also shot in the incident.

OKC Outlaws Steve Roberts, Larry Ramirez and Connor Buntz remain under indictment in the Aaron homicide. Prosecutors allege Roberts was the triggerman. Ramirez and Buntz are charged as accessories-after-the-fact to the murde

Per federal court records, Nelson is one of the founding fathers of the Outlaws MC in Oklahoma. Nelson and seven other men from the Oklahoma City area established the state’s first chapter in the early summer of 1979. The eight men were officially recognized as part of the Outlaws family at a ceremony that took place in Florida on Halloween night, according to court documents.

The government contends that Nelson came out of prison in April 2020 and became boss of The Outlaws’ Oklahoma City chapter after serving as the chapter’s vice president in the 1990s and 2000s. Sources refute this characterization and say Nelson isn’t a part of the chapter’s administration anymore.

Nelson was caught up in the sweeping 2003 federal case launched against the OKC Outlaws, charging drug, weapons and racketeering offenses. He did 17 years in prison for his role in the case.