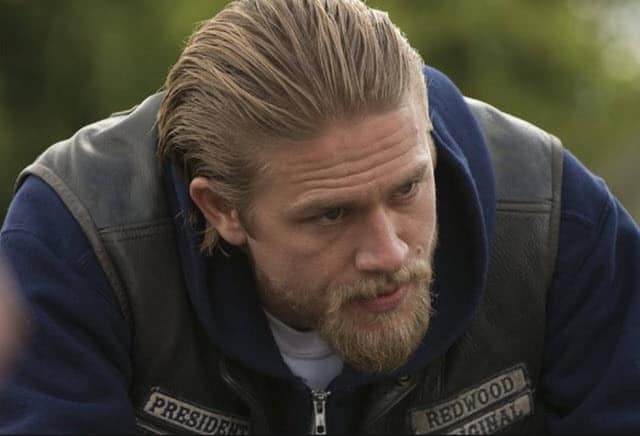 July 25, 2022 — The real-life Jax Teller might be The Outlaws Motorcycle Club’s Joseph (Jo Jo) Noe Jr. He’s fighting for his freedom out of Massachusetts right now.

State prosecutors have charged Noe Jr. with murder in the 2019 killing of rival biker and firefighter Eric Voshell in a tavern parking-lot melee in Fall River. Noe Jr. has pleaded not guilty in the case and will be arguing justifiable homicide of a third party at his trial later this summer (he’s out on bond awaiting his time in front of a jury). A weapon-wielding mob of Sidewinders and Black Hand Motorcycle Club members were in the process of brutally beating Noe Jr.’s uncle Johnny with hammers and pipes at the time of the shooting that killed Voshell.

The 28-year old “Jo Jo” Noe Jr. is royalty of sorts in The Outlaws Motorcycle Club out of Massachusetts. He is the son of Joseph (Joe Dogs) Noe Sr., the former president of the club’s Taunton, Massachusetts chapter and one of the founding fathers of the club in the region. Noe Jr. is one of the leaders of the Fall River chapter.

Fall River is a hardscrabble mill town located in between Boston and Providence. Noe Jr. helped start the club’s chapter in the working-class, ethnically-diverse enclave.

When discussing Jo Jo Noe Jr., people in both law enforcement and within the biker world itself, have drawn comparisons to the character Jax Teller of the hit FX tv show Sons Of Anarchy (2008-2014) played brilliantly by British actor Charlie Hunnam. Not only does Noe Jr. share a similar backstory with the fictional Teller, he physically resembles Hunnam with his blonde locks, broad shoulders and baby-face mug.

Using police reports, crime-scene analysis and court filings from the case, this is the story of what happened the night almost three years ago Noe Jr. shot Voshell to death in the parking lot of a Fall River bar

On the evening of September 13, 2019, Jo Jo Noe Jr. and seven others, including his fiancée Stephanie and his uncle Johnny, went to have a drink at J.C.’s Cafe in Fall River, located a short distance from The Outlaws’ Fall River clubhouse. Noe Jr. and his party arrived at 9:30 p.m. and were not wearing any colors or Outlaws MC gear due to a recently-enacted rule at J.C. Cafe’s to discourage factional dustups from occurring on its premises.

Already present at J.C.’s Cafe that night was a group of bikers that were members or associates of The Black Hand MC, which was a club affiliated with The Sidewinders MC, a well-established Hells Angels support club. The Outlaws and Hells Angels have been at war since the early 1970s.

According to statements from J.C.’s Cafe employees and testimony by the Massachusetts State Police at the grand jury, several members of the Black Hand MC were going outside and making a series of what appeared to be frantic cell phone calls. Two members of the Black Hand MC engaged in a shoving match in the outside smoking section of J.C.’s Cafe during the time Noe Jr. and his group of Outlaws were inside.

At around 10:15 p.m., Jo Jo Noe Jr. and his party paid their tab and began to exit the building but Noe Jr. was confronted by one of the Black Hand MC leaders in the hallway separating the bar and the parking lot. Words were exchanged, however members of both groups stepped in between Noe Jr. and the Black Hand MC leader and the altercation deescalated. Or at least that’s how it looked to The Outlaws.

As soon as Noe Jr. and his party reached the parking lot, a crew of 22 Sidewinders rolled up on the scene on their motorcycles. The Black Hand MC members from inside the bar quickly came out into the parking lot and were brandishing weapons.

Noe Jr retrieved his legally registered handgun before he and his fiancée Stephanie were backed into corner by a cluster of fencing near an industrial trash receptacle. Security-video surveillance of the incident shows Stephanie stepping forward between Noe Jr. and the ensuing mob and attempted to quell tensions. Her offer of peace was met by a violent swing of a hammer in her direction by a Sidewinder. Noe Jr. pulled his gun and the mob retreated, turning their malicious intentions at Johnny Noe, who immediately came under attack.

Johnny Noe suffered a cracked skull from being struck by a hammer. Voshell was shot to death as he was swinging a pipe at Noe’s head.