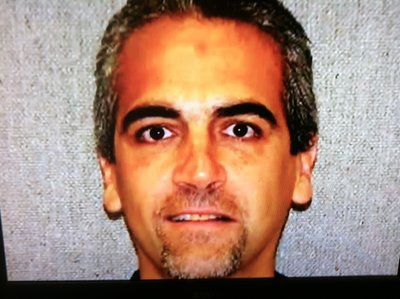 After more than two decades behind bars on home invasion charges, a brief trip into the Federal Witness Protection Program and a reneged cooperation agreement, notorious Detroit mob enforcer John (Crazy Johnny) Pree is back on the streets.

Pree, 54, was paroled from state prison this summer and is currently living in his hometown of Manton, Michigan, in the northern part of the state, hundreds of miles away from the Motor City. His current status in the local underworld is unknown.

Owning a reputation for an explosive temper and a wide array of underworld specialties, he gained his nickname for his frequent fits of rage.

Several retired and currently-employed members of federal law enforcement tell The Mafia Insider, that they “keep tabs on Pree because he’s just crazy enough to come after us.”

One local wiseguy who use to hang around Pree called him a “skilled crook and feared leg-breaker.”

Back in the 1980s and early 1990s, Crazy Johnny, who hails from half-Albanian, half-Maltese descent, was a member of longtime capo and future underboss Vito (Billy Jack) Giacalone’s crew, gangland running buddies with Carlo Bommarito, son of Giacalone’s No. 1 lieutenant, Frank (Frankie the Bomb) Bommarito. The pair acted as a shakedown and enforcer tandem for Giacalone, receiving their orders from Frankie the Bomb and Jack (Jackie the Kid) Giacalone, the Detroit mob’s current boss and Billy Jack’s son and then-protégé, according to federal court records.

“People were afraid of him, nobody took him lightly” said retired FBI agent Mike Carone of Pree. “There was a period of time where he spoke for Billy at the street level.”

Pree and Carlo Bommarito were caught pulling off a series of home invasions targeting suburban Detroit drug dealers in 1991. They were believed to also be involved in extortion, sports gambling, arson and prostitution, per subsequent court filings.

Facing a stiff prison sentence, since the home invasion charges would be the fourth felony conviction on his record, and hearing of a murder contract placed on his head by Frank Bommarito, Pree went running to the Feds and entered the Witness Protection Program.

Testifying in front a 1993 federal grand jury in Detroit looking into organized crime activity in the city, Pree admitted to, among other things, his involvement in the 1985 slaying of Michigan mob soldier Peter (Fast Pete) Cavataio, implicating other members of the Giacalone crew as well. Soon thereafter however, Pree recanted his testimony and claimed the FBI had fed him what to say. Still his testimony in front of the grand jury helped lead to the government’s epic 1996 Operation GameTax indictment, taking down practically the entire sitting administration of the crime family, including Giacalone, his brother and then-street boss Anthony (Tony Jack) Giacalone, then-boss Giacomo (Black Jack) Tocco and then-underboss Anthony (Tony) Zerilli.

Cavataio was killed in July 1985, less than two weeks after the death of his main benefactor, his brother-in-law and syndicate capo Dominic (Fats) Corrado, of cancer. Fast Pete, once viewed as a future leader of the Family when he was a young buck goombah, had fallen out of favor with the Detroit mob hierarchy for increasingly insubordinate and undermining behavior, as well as a penchant for romancing other gangsters’ wives. Kidnapped in front of his Southfield apartment, Cavataio’s tortured, bullet-ridden body was found in an abandoned garage near the Ambassador Bridge in Southwest Detroit.

The Cavataio hit was part of a rash of mob slayings – one of close to a dozen in a year’s time-span between 1984 and 1985 – occurig in the Motor City mob underworld, most of which the Giacalone crew are believed to have coordinated and carried out. Jackie the Kid Giacalone, his current underboss Anthony (Chicago Tony) La Piana and his current street boss Peter (Specs) Tocco have each been tied to one of these murders or more via FBI informants, though never charged.

Billy Giacalone died of natural causes in 2012, eight years after being released from prison on his Operation GameTax bust, where as part of his plea agreement he admitted in open court of the existence of and his membership in Detroit La Cosa Nostra.

Frank Bommarito, 85, assumed command of Billy Jack’s crew when he was imprisoned in 1998 and then promoted to underboss in 2004. Following Billy Jack’s death, Jackie the Kid, the new boss of the Family, demoted Bommarito from his Eastside captain’s post and put in his own guy – former driver and bodyguard David (Davey the Donut) Aceto. The Bomb is still semi-active as a soldier.

Carlo Bommarito died in 2007 of a mysterious heroin overdose at 41 years old.