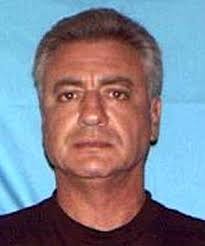 Hanging with Little Willie is a dangerous proposition.

Being friends with Kansas City mobster William (Little Willie) Cammisano, Jr. can be detrimental to your health, according to one retired FBI agent who spent three decades tracking the 64-year old reputed capo and mafia prince in the Civella Family.

The former Fed points to what happened to Roger Reid as evidence of how treacherous and cold-hearted Cammisano, Jr. can be to those close to him.

Per FBI documents and KCPD files, authorities believe that Cammisano, Jr., son and protégé of Missouri mob boss and underworld legend Willie (Willie the Rat) Cammisano, Sr., either had Reid killed or murdered him himself in the summer of 1988, after the pair got into a beef over a joint gambling debt.

Reid, a 36-year old Kansas City businessman, was found strangled to death in a local hotel room on August 18, 1988.

The FBI heard that Reid, a childhood friend of Cammisano, Jr.’s, was a silent investor in Little Willie’s C&C Associates vending machine company business and had gotten into trouble with his gangster pal when the two decided to travel to Las Vegas and bet on golf.

According to future federal grand jury testimony, Cammisano, Jr. and Walters squared off hole-for-hole with a $1,000 on the line to the winner of each, money that Cammisano, Jr. had Reid put up and stake him with. By the end of the weekend, Cammissano. Jr. and Reid owed Walters $120,000.

Over the course of the next 14 months, Walters hounded Cammisano, Jr. and Reid to pay the debt, which sat at $114,000, less $6,000 Reid had coughed up on the spot as a good-faith measure. Informants told the FBI that Little Willie continually pressed Reid to cover the losses, something Reid refused to do. That resulted in a dozen phone calls and “sit-downs” with members of the Kansas City mafia, including Cammisano’s dad, the fearsome Willie the Rat (Don from 1984 until his death of natural causes in 1995), throughout the rest of 1987 and into 1988.

“In the end, the Cammisanos decided to do away with Roger Reid, execute him, cut their losses so to speak,” the retired G-Man said. “They saw him as a potential liability. He knew a lot about their business and how money was being put in and taken out.”

At the time of Reid’s murder, the FBI was investigating Little Willie and his business partner, Marvin Carnesecca, Carey’s dad, for laundering proceeds from organized crime activity through C&C Associates.

“We (the FBI) had heard that Reid was the cash behind C&C,” he said. “He had a good deal of knowledge of the Cammisanos’ business interests. That made him expendable.”

Two months following Reid’s murder, the FBI approached Carey Carnesecca. She had met Cammisano, Jr. when she became a babysitter for him and his wife on the recommendation of her father. The FBI wanted to know what Carnesecca knew about Roger Reid and his relationship with Cammisano, Jr.

Immediately after the FBI agents left her house, Carnesecca called Cammisano, Jr., who’s phone was tapped, and Cammisano, Jr,. instructed her not to tell the investigators anything. After Carnesecca was called in front of a March 1989 grand jury looking into Reid’s killing, the recorded exchange was played and eventually landed Little Willie in prison for obstruction of justice and witness tampering.

Little Willie Cammisano, Jr., nor his dad were ever charged in the Reid case. The Reid murder investigation remains unsolved to this day.

“We never charged the Cammisanos, but they did it,” the retired FBI agent said. “Roger Reid got in bed with the wrong people. And then you throw six figures in cash into the mix. These guys would kill their mothers and first born for 100k, what do you think they’ll do to someone else?.”

Cammisano, Jr. recently got out of prison on a federal bookmaking conviction alongside his brother Jerry.

Currently considered a capo in the Kansas City mafia, Little Willie has an arrest record that dates back to 1966, though the obstruction of justice-witness tampering bust and the 2009 gambling bust are the only two convictions on his record. Besides the Reid hit, Cammisano, Jr., personally groomed by his father on how to kill, according to Willie the Rat’s police file, is also a top suspect in several other notorious Kansas City gangland homicides.

In 1984 alone, Cammisano, Jr. was a suspect in the Carl Spero, Anthony (Tiger) Cardarella and Felix (Little Phil) Ferina slayings.

Cammisano, Sr. was caught on federal wiretaps offering up Little Willie’s services for the aforementioned “wet work” and then boasting of what a quality job he did.

“My boy knows what he is doing,” Willie the Rat was heard commenting in a recording from 1985. “I never worry……He does it (killing) clean.”