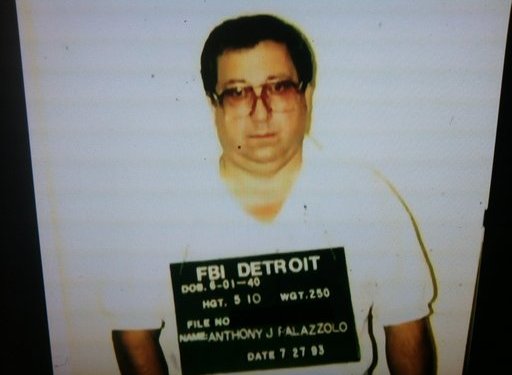 The Butterfly flies no more. Detroit mobster Anthony (Tony Pal) Palazzolo died of natural causes recently, possibly eliminating the last living link to the famed Jimmy Hoffa disappearance and murder four and a half decades ago. Some people called him the “The Butterfly” for his elusive nature on the streets.

Palazzolo, 78, was the longtime capo of the Tocco-Zerilli crime family’s Downriver crew and had been serving as the Detroit mob’s consigliere the past five years. He was known as genial and well-liked by his gangland cohorts. His name surfaced early on in the still un-cracked Hoffa investigation as a potential participant in the conspiracy to bump off the fiery labor leader.

“Tony was savvy in how he did his business, he was always difficult to nail down in terms of surveillance and building cases,” retired FBI agent Mike Carone said. “We heard his name in the Hoffa investigation when he was pretty young and only the most trusted guys (in the mob) would be involved in that, so that shows how highly the old guard thought of him.”

In the 1990s, Tony Pal was caught on an FBI wire bragging of putting Jimmy Hoffa’s body through a sausage auger at his Eastern Market headquarters, the Detroit Sausage Company. Carone and other FBI agents put Palazzolo family-owned property under the microscope as a possible burial spot for Hoffa, however, never got a search warrant. In 2012, deposed Detroit mob underboss Anthony (Tony Z) Zerilli told the FBI that Palazzolo was driving the car that kidnapped Hoffa from a Bloomfield Township, Michigan restaurant parking lot on the afternoon of July 30, 1975 and then was one of the men who killed him.

Tony Zerilli died of natural causes in 2015, but before he passed he pointed authorities to a farm in Oakland Township, Michigan owned by Detroit mafia don Giacomo (Black Jack) Tocco at the time Hoffa disappeared as to where Hoffa was buried. Tocco ran the crime family from 1979 until his death from a heart condition in 2014, with Zerilli as his second-in-command for 26 of those years. Feuding over blame for a 1996 bust and monies owed from the sale of a number of joint business endeavors, Tocco and Zerilli were no longer on speaking terms at the end of their

Tocco demoted Zerilli from his underboss post in the 2000s, a slight which would eventually send Tony Z scurrying to the FBI. The feds searched the former Tocco property for Hoffa’s remains in the spring of 2013 but came up empty. Zerilli was insistent that they dug up the wrong section of the farm.

Hoffa was the boss of the Teamsters from the late 1950s into the early 1970s and ran the goliath labor union from his home base in Detroit using his deep ties in organized crime circles as leverage. His desire to reclaim the Teamsters’ presidency against the wishes of the mafia resulted in his kidnapping and execution. He was on his way to a lunch meeting with Detroit mob street boss Anthony (Tony Jack) Giacalone when he vanished.

The FBI has always believed that Giacalone was in charge of coordinating the details of the Hoffa hit. According to Zerilli, Giacalone informed him that Palazzolo was part of the hit team. Tocco was the acting boss of the Detroit mafia at that time and was seen meeting with Giacalone by an FBI surveillance unit in the hours following Hoffa going missing at Giacalone’s Southfield Athletic Club. Palazzolo claimed to have been at the Detroit Sausage Co. that day. Giacalone died of kidney failure in 2001.

Palazzolo climbed through the ranks of the Tocco-Zerilli crime family as a driver and bodyguard for old-school capo Peter (Bozzie) Vitale, the syndicate’s caretaker of Detroit’s racket-rich Greektown neighborhood. Zerilli fingered Vitale to the FBI as one of the conspirators in the Hoffa homicide as well. FBI agents in New York watched as Vitale visited mob bosses in Manhattan in the days directly after Hoffa disappeared. Vitale died peacefully in 1998. Palazzolo was once followed by an FBI surveillance team from Detroit to New Orleans in the 1980s to handle a situation with the Big Easy’s Marcello crime family on behalf of Vitale and Tocco.

Per federal documents, Palazzolo handled Detroit mob affairs in Canada. Tony Pal was indicted in 1993 and did almost five years in federal prison for operating a money laundering racket for drug dealers. It was in that case where an undercover Canadian cop working with the FBI got Palazzolo to admit to him his involvement in the Hoffa murder conspiracy by telling him he disposed of Hoffa’s body in a sausage auger as the two sat chatting inside Tony Pal’s office at the Detroit Sausage Co. in the fall of 1992.