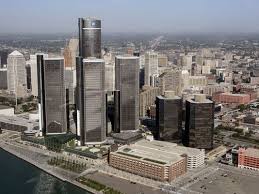 There are scores. And then there are SCORES.

According to Crain’s Business Weekly, St. Louis’ Ascension Health is set to pay out the substantial sum for the insurance provider licensed in four Midwest states (Michigan, Illinois, Ohio and Indiana). Ascension Health’s Detroit-based subsidiary is the St. John’s Providence Health System, responsible for 14 hospitals across Michigan. U.S. Health and Life Insurance reported earnings of close to 70 million dollars (67.5) for the 2013 calendar year.

La Piana, 71, and alleged to be the newly-anointed underboss of the Detroit mafia, has never been convicted of a felony. Per sources in law enforcement and on the street in the Motor City, La Piana is a hand-picked protégé of recently-deceased Detroit mob Godfather Giacomo (Black Jack) Tocco and far from a knuckle-dragging thug.

“This guy (La Piana) is as smart as they come, he’s one of the top white-collar gangsters in America,” said one Fed source. “The labor-union racketeering scene is his specialty. Bottom line, he knows how to make money and he knows how to do it in multiple ways and that goes a real long way in his line of work.”

Born and raised in Chicago, La Piana is the son of a  former Teamsters union heavyweight and got his start in the underworld in the mafia in Illinois, known locally as “The Outfit,” groomed in the Elmwood Park crew, according to police records. One of La Piana’s alleged early mentors in the mob was current Windy City don John (Johnny No Nose) Di Fronzo. His childhood best friend, per court documents, was Anthony (Little Tony) Borselino, a member of the Outfit’s legendary “Wild Bunch” assassin team who was slain himself gangland style by his own Wild Bunch counterparts.

In 1967, La Piana incurred his lone criminal indictment, a federal collar for hijacking and charges which he was acquitted of at trial. Shortly thereafter, Chicago Tony landed in Michigan via his marriage to the daughter of Detroit mob capo and future underboss Vincent (Little Vince) Meli in 1974 and earned his nickname.

Meli’s dad was seasoned wiseguy Frank (The Music Man) Meli, at one time in the 1950s and 60s one of the biggest jukebox racketeers in the country and the man FBI informants always linked to the long-rumored, but never substantiated claims of Motown Record-founder Berry Gordy’s mob ties. His uncle was Angelo (The Chairman) Meli, the Detroit mafia’s underboss for over 30 years and one of the original labor racketeers, helping spearhead organized crime’s initial infiltration of the labor movement in the 1930s and 40s.

Little Vince, owner of a business degree from Notre Dame and two Purple Hearts from his heroism in World War II as part of the Army’s Special Forces Unit, followed his uncle into the labor rackets, holding sway in several unions, including the Teamsters and the steel haulers.

Once living in Michigan, La Piana came under the tutelage of his father-in-law and a then-acting boss Jack Tocco, Meli’s close friend and relative via marriage (Tocco was married to Angelo’s Meli’s daughter) and was put to work as a “go-to” contact for the syndicate’s organized labor affairs, per retired FBI sources.

He quickly became a known “earner” in the Family Tocco would be officially installed as boss of in the summer of 1979. Federal documents related to Tocco’s reign reveal that he personally tabbed La Piana a future leader in the syndicate shortly following Chicago Tony relocating to the Detroit area in the early 1970s recognizing his “hunger, way with numbers and intelligence.”

Eventually, according to federal informants, La Piana rose to the role of personally representing the interests of both the Detroit and Chicago mafia in the Teamsters union. Former Teamsters International President and FBI informant Jackie Presser told his handlers in the Bureau that immediately after he was elected to his post, La Piana sought him out and introduced himself as “the man to see when it came to the union and the organized crime families in Michigan and Illinois.”

During Jack Tocco’s RICO trial in 1998, a witness testified to Tocco telling him any problems that he has in the Teamsters “he should go see Tony La Piana.” Tocco was convicted of being the head of the Detroit LCN branch, a mob Family founded by his father William (Black Bill) Tocco and his uncle Joseph (Joe Uno) Zerilli in the aftermath of Prohibition.

Crime family turncoat Nove Tocco (Jack Tocco’s cousin, Joe Uno’s grandson and a foot soldier in the organization in the 1980s and 90s) informed FBI agents and U.S. Prosecutors in his 2000 debriefing that Chicago Tony was a captain and fast-rising power in the syndicate.

La Piana’s name surfaced in the early 2000s in the federal investigation into Florida Teamsters president Walter (Buster) Brown and then later in the decade when the Feds looked into the Carpenters and Millwrights Union in southeast Michigan. While others wound up being charged with criminal activity in both inquiries, Chicago Tony came out no worse for the wear.

A former partner of his in an insurance company he co-owned years before starting US Health and Life was jailed for falsifying federal documents, but La Piana himself was never charged with any wrongdoing after the company came under scrutiny by the government for its business practices.

Another investigation he came away untouched by was a murder probe. Back in the early 1980s, La Piana was the prime suspect in the August 1984 murder of mob associate and one-time Teamsters power Ralph Proctor, however never faced charges. Proctor, a former confidant of Jimmy Hoffa’s, had run afoul with La Piana’s father-in-law Little Vince Meli and a number of mob-backed Teamster executives, including notorious union goon Roland (Big Mac) McMasters, over money and stolen trucking contracts, amongst other things.

Meli, who died of cancer in 2008, was in prison at the time of Proctor’s execution, which took place in a suburban Detroit shopping mall parking lot less than an hour after Proctor had left his nearby home telling his wife he was going to meet La Piana at a local Chinese restaurant (walking distance from where his body was found in the front seat of his car). Rumors on the street, per police intelligence reports, were that Little Vince and Proctor had gotten into a heated verbal altercation in the days before Meli was locked up.

At the time of his death, La Piana was purportedly trying to aid Proctor, earning the moniker “The Silver Fox” for his full mane of always perfectly-coiffed grey hair and his ladies man ways, in his smoothing things over with Meli and the union. Six months prior to his murder, Proctor had resigned his position in the Teamsters union and opened his own area cartage union, outwardly bad-mouthing his former allies in the Teamsters and claiming they owed him $100,000.

Current Detroit mob street boss Peter (Petey Specs) Tocco is a suspect in the Proctor hit as well – Proctor was shot simultaneously by two different gunmen. Petey Specs, 68 and also referred to as “Blackie,” is Black Jack Tocco’s nephew and was upped from capo to street boss in around 2012.

Tocco and La Piana were inducted into the Detroit mafia in the same February 1986 ceremony, made into the mob by Jack Tocco and his then-street boss Anthony (Tony Jack) Giacalone, according to FBI records and testimony in front a 1990 congressional committee investigating organized crime in the Great Lakes region. The “books had been closed” in Detroit for the previous seven years while Tony Giacalone served a federal prison sentence for extortion and tax evasion.

Freshly-minted Michigan don Jack (Jackie the Kid) Giacalone, Tony Jack’s nephew, is said to have gotten his button in that particular making ceremony, too. Jackie the Kid and Chicago Tony were named the syndicate’s boss and underboss, respectively, by Jack Tocco in the months leading up to his death in July 2014, per sources.

Giacalone had been promoted to acting boss two years earlier. La Piana is alleged to have been named a capo in the mid-1990s, assuming command of his father-in-law’s crew when Little Vince became the acting underboss. Chicago Tony reputedly replaced Jack Tocco’s final underboss Joseph (Joe Hooks) Mirabile with his assignment to the No. 2 slot in the Family last year.