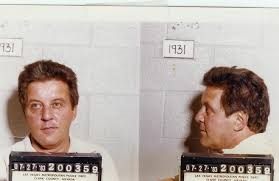 The Chicago mob can breathe a little easier. The landmark Operation Family Secrets case will have no second act.

The long-rumored Family Secrets Pt. 2 “died on the vine,” a number of years ago according to exclusive Gangster Report sources inside the U.S. Department of Justice.

“We never got enough traction to bring charges,” said one of two sources in the DOJ. “There were bits and pieces here and there, in the end though we couldn’t connect all the dots to bring the kind of RICO the bosses in Washington wanted to at the onset. It just never came together for us.”

This April will be the ten-year anniversary of the original – and only – Family Secrets federal RICO indictment, which was filed in 2005 and charged 14 organized crime figures with 18 gangland homicides and almost two decades worth of racketeering as part of the Windy City mafia.

The centerpiece of the expansive RICO endeavor was the solving of the notorious Spilotro brothers slayings – in 1986, the Outfit’s renegade Las Vegas crew boss Anthony (Tony the Ant) Spilotro and his baby brother and protégé Michael, were lured to a suburban Chicago basement and beaten and strangled to death, a grisly double murder depicted in the Martin Scorsese-helmed film Casino a decade later.

At the conclusion of the Family Secrets case in 2007, Chicago LCN powers, James (Jimmy the Man) Marcello, Joseph (Joey the Clown) Lombardo, Frank (Frankie Breeze) Calabrese were convicted of murder and Paul (Paulie the Indian) Schiro, the Outfit’s one-time representative in Arizona and Illinois mob prince Nicholas (Nicky Spoons) Ferriola, among others, went down on racketeering counts and rampant speculation began circulating that the government was planning on a sticking a whole new batch of charges on those untouched by Family Secrets.

That speculation never turned into reality. And those expected to possibly face the wrath of the RICO statute, have not and won’t, per the DOJ sources.

Marcello, the syndicate’s then acting boss, Lombardo, the syndicate’s charismatic and cagey consigliere and Calabrese, a southside Chicago hitman and crew leader, were sent to prison for the rest of their lives (Frankie Breeze has already died there) in the aftermath of the Family Secrets verdicts..

Ferriola, the son of deceased Outfit don Joe Ferriola, pled guilty and did five years of prison time, being released from custody in 2011. Only 39, Nicky Spoons is alleged to be a force to be reckoned with in his dad’s old stomping grounds of Cicero and the west suburbs, according to Chicago Crime Commission records.

The Family Secrets case was built and won on the cooperation and testimony of Frank Calabrese’s son and student in underworld affairs, Frank (Little Breeze) Calabrese, Jr. and his younger sibling and fellow mafia button man and assassin Nicholas (Nicky Slim) Calabrese, the first “made member” of the Chicago Outfit to testify in open court.

Calabrese, who admitted to taking part in the Spilotro brothers hit, claimed that both Di Fronzo and Marino were two of a half-dozen Outfit assassins that mauled and mangled the Spilotros with ropes, bats, feet and fists in the basement of Chicago Mafioso Louis (Louie the Mooch) Eboli’s house in Bensenville, Illinois on the afternoon of June 14, 1986. Nicky Slim also testified that Di Fronzo was the man tasked with organizing the slaughter by then sitting-Godfather Joe Ferriola and that Ferriola and his underboss Sam (Wings) Carlisi were present to watch the gruesome twin executions take place.

A renowned and incredibly-feared enforcer in the annals of the Illinois underworld, Louie Tomatoes practically has a master’s degree in dodging murder raps.

Marino, 82, was released from a 25-year prison sentence for racketeering back in the fall. In that case, which was dubbed “Operation Goodship Lollipop” and brought to its’ knees the Outfit’s Cicero crew, headed by Ernest (Rocky) Infelise in 1990, Marino was implicated in taking part in a pair of mob murders – the 1982 Bobby Plummer hit and the 1985 Hal Smith hit – but failed to be convicted in either.

Plummer owned a mansion in north suburban Lake County that acted as a giant underground mafia casino. Smith was the largest independent bookie in the Midwest and continually fought attempts by the Outfit to extort him.

Johnny No Nose, 86, has been the boss of the Chicago mob for over 20 years. He was mentored by his predecessors, Ferriola and Carlisi, who both died in prison, and he’s considered a suspect in personally carrying out or ordering a number of murders dating back to the early 1950s.

Today, DiFronzo is said to be very removed from day-to-day mob activity, merely counseling from afar and accepting his tribute. Marino’s best friend and former shakedown partner 76-year old Salvatore (Solly D) DeLaurentis is reputed to be DiFronzo’s current acting boss. DiFronzo, convicted in 1993 of a RICO in California which was overturned on appeal the next year, has always used a front boss in an attempt to shield himself from as much federal scrutiny as possible.

“We’ll never get Johnny (DiFronzo), I think people have come to terms with that….he’s just too insulated,” said one law enforcement source.

The story of Family Secrets is being made into a movie written and directed by Gary Ross (Pleasantville, Seabiscuit), based on a book by Frank Calabrese, Jr.