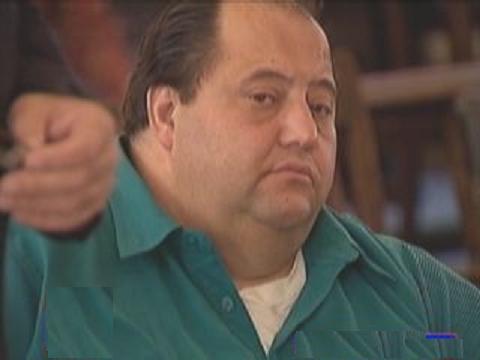 The Big Cheese can roam free now. As of this weekend, acting New England mob boss Carmen (The Big Cheese) DiNunzio is off parole and minus any government restrictions of his movements and personal dealings. In the winter of 2015, he was released from almost six years in federal prison for bribery and racketeering and, per local mobologists, is considered the top candidate to assume Godfather duties in the wake of the death of Patriarca crime family don Peter (The Crazy Horse) Limone last month.

Headquartered out of the Gemini Social Club in Boston’s North End, the 59-year old DiNunzio served as the New England mob’s underboss for a majority of the 2000s. Limone, 83, and also from Boston, became boss of the Patriarcas in 2009, after several years as the Family’s consigliere. Due to his hands-off leadership style, Limone always employed an acting boss. Anthony (The Little Cheese) DiNunzio, Carmen’s baby brother, was Limone’s acting boss between 2009 to when he was locked up for extortion in 2012. The younger DiNunzio is scheduled to come home early next year.

Salemme, 84, was yanked out of the Witness Protection Program last summer and charged with ordering the 1993 murder of mob associate Stevie DiSarro, his partner in a South Boston nightclub, go-go bar and music venue. He’s pled not guilty and is awaiting trial. Lato, 70, is finishing off the tail end of a prison stint for racketeering. The recent developments are the result of Salemme’s one-time underboss Robert (Bobby the Cigar) DeLuca renewing cooperation with the government after he was arrested from within the Witness Protection Program last year too.

The DiNunzio brothers were born and raised in East Boston, before gravitating to the city’s North End Little Italy neighborhood, getting schooled in mob activity by then Patriarca underboss Jerry Angiulo and his crew of cronies and siblings. Angiulo went to prison in the fall of 1983, around the same time he had a falling out with the Big Cheese and stuck a murder contract on his head for shaking down another young Mafiosi and Angiulo protégé named Vincent (Dee Dee) Gioacchini for $100,000 (Gioacchini is a reputed made guy today).

Fleeing to the west coast, the DiNunzios’ took refuge with the Chicago’s mob’s California and Nevada crews. They worked as bookies and collectors, eventually getting busted for extortion, doing four years of fed prison time apiece and returned to the North End in the late 1990s.

The case that Carmen DiNunzio is getting off parole from this weekend came down in 2006 and charged the Big Cheese with extortion, running an illegal sports gambling enterprise and trying to bribe an undercover FBI agent that he believed was a state highway department inspector. Pleading guilty to bribery in exchange for the dropping of the extortion and gambling charges, he was hit with a six-year term that he got out six months early from due to good behavior and his teaching of educational courses to other prisoners while incarcerated.