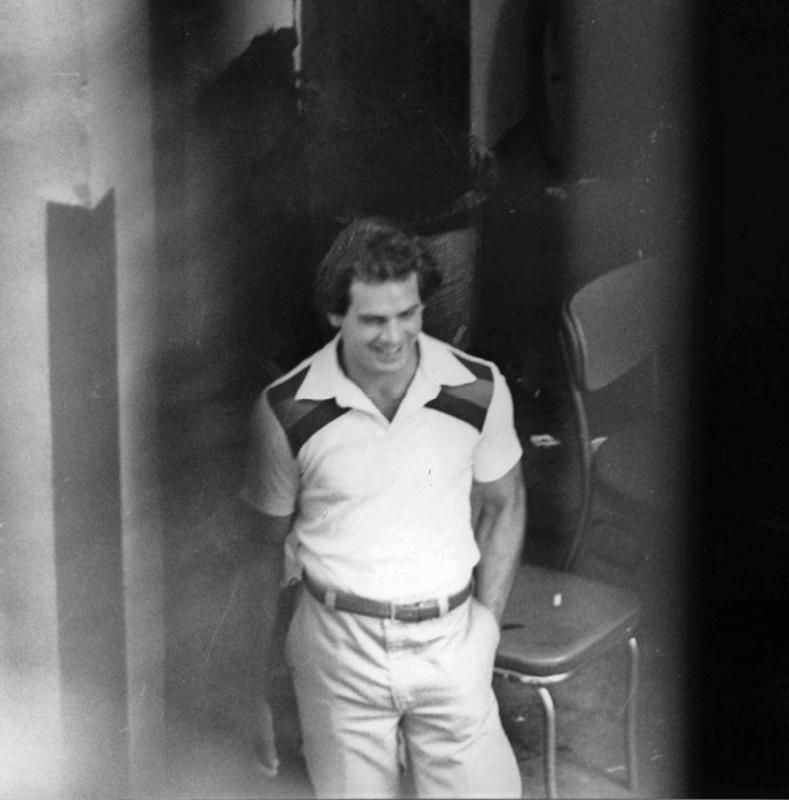 October 18, 2020 – Slain Boston mobster Jimmy Limoli thought he was stealing from Francis (Frankie Boy) Salemme, Jr. not another higher-ranking mafia figure in the weeks before his murder 35 years ago, according to court records. The 25-year old Limoli was gunned down in Boston’s North End on October 28, 1985. Limoli and mob-prince-in-waiting Salemme Jr. dated sisters and were feuding over drug activity.

Frankie Boy Salemme, Jr. was the gangland-brat son of future New England mafia don Francis (Cadillac Frank) Salemme, and had made a bad reputation for himself around town as living off his dad’s name and running dirty shakedown and drug rip-off scams. At the time, Cadillac Frank was finishing up a 15-year state prison term for a car bombing he did on behalf of Patriarca crime family brass in the 1960s, but would occasionally return to Boston on weekend furloughs.

Limoli worked for fast-rising North End mob capo Vinnie (The Animal) Ferrara, overseeing an illegal fireworks business and sometimes acting as Ferrara’s driver. His partner was another Ferrara protégé named Patsy Barone. Per court testimony, Limoli and Barone took part in a pair of murder conspiracies with Ferrara in 1977 and 1979, respectively, and expected to be “made” as a result.

In May 1985, Limoli and Frankie Boy Salemme, Jr. plotted a $100,000 drug-rip off together, a scheme put on hold while Limoli and his girlfriend vacationed in Florida. However, when Limoli failed to return to Massachusetts in what Salemme, Jr. deemed a timely fashion, Frankie Boy went ahead with the plan without Limoli, scamming a local marijuana dealer out of 100K in exchange for a shipment of peatmoss.

Limoli claimed Frankie Boy owed him $35,000 on the score and made a beef with Ferrara, who had taken over the old Angiulo crew. Frankie Boy refused to cough up a cent and was being protected by his father in the can.

That September, Limoli stole a bag containing $50,000 in cash and $100,000 in cocaine thinking it belonged to Salemme, Jr. when it in fact belonged to Boston mob soldier Anthony (Spucky) Spagnolo. It proved a fatal mistake.

Salemme, Jr. dated Annette Chiuchiolo. Limoli dated her sister Lena and used Lena’s house to hide the bag of cash and dope. Annette told Salemme, Jr. about the robbery and Salemme, Jr. took the news up the chain of the command in the Patriarca organization.

Limoli refused to admit he lifted Spagnolo’s stash until Cadillac Frank let him know Frankie Boy’s girlfriend saw the bag at her sister’s house. After copping to the misdeed, he was instructed to return the coke and cash to Spagnolo immediately and told all was forgiven.

“I should whack you right here, but we’ll go on from here and leave it behind us,” Ferrara allegedly told Limoli.

But Limoli didn’t buy it. He expressed his disbelief to Lena.

“They’re going to kill me,” Limoli confided in her.

The contract went to his inner circle: Patsy Barone and and Patsy’s

Who gave the order is still in dispute today.

Limoli was called to a drug deal with Barone and Jordan on the night of October 28, 1985 at D’Amore’s Ristorante in the North End. Limoli didn’t anticipate the play and intended to rip them off instead. Barone and Jordan picked up Limoli from D’Amore’s in Jordan’s car at around 10:15 p.m. They stopped in front of a cemetery at Hull and Snowhill and got out of the car. Barone shot Limoli in the back of the head, grabbed what he thought was a bag of money (but was in actuality a sack filled with napkins) and fled on foot.

When he looked in the bag mid-flight and realized Limoli had been trying to burn him, he returned to the limp body sprawled on the pavement.

“Why Jimmy?” he allegedly screamed as he emptied the rest of his clip into Limoli’s face.

Jordan became a government witness. Barone and Ferrara both pleaded guilty to their roles in the Limoli hit, but had their convictions tossed for prosecutorial misconduct. The U.S. Attorneys office failed to notify defense counsel that Jordan was recanting his statements related to the Limoli’s homicide.

Jordan originally told the FBI that Vinnie the Animal gave the order to kill Limoli. He later said Ferrara was protecting Limoli and planning on killing him and Barone for whacking Limoli without permission.

Cadillac Frank Salemme, considerably more charismatic and likable than his son, — but just as combustible –, came out of prison in 1987 and by the 1990s was the boss of the New England mafia, surviving an assassination attempt launched by Ferrara’s camp where he’s shot seven times in the parking lot of a Saugus, Massachusetts pancake house. Spagnolo and Limone have also had stints in the boss’ chair.

Salemme’s time on top was rife with violence and instability. Him and his son were responsible for much of it.

The younger Salemme got into trouble for ripping off Boston mob soldier Joseph (Joe Black) LaMantina in a similar drug scam before his pops came home from prison. Cadillac Frank’s allies in the Irish mob stepped in and protected Frankie Boy from Joe Black, per court records.

Frankie Boy Salemme, Jr, died of AIDS-related cancer in 1995, the same year his father was arrested by the feds for racketeering. Four years later, Cadillac Frank cut his own deal with the government and went into the Witness Protection Program.

Then the body of a murder victim popped up in Rhode Island.

In the summer of 2018, Salemme, 87, was found guilty for the murder of his business partner Stevie DiSarro in a May 1993 strangulation killing that was carried out inside Salemme’s quaint suburban residence in Sharon, Massachusetts and remained unsolved for nearly two and a half decades. The half-Irish one-time Italian mafia don will spend the rest of his life behind bars.

Frankie Boy Salemme, Jr. choked out DiSarro on the kitchen floor of his childhood home as his dad observed the action from the doorway, according to court testimony. DiSarro’s remains were exhumed from underneath a building in Providence in March 2016.

The college-educated Vinnie Ferrara, 71, is reportedly in semi-retirement and rich off of real estate investments in the North End. Barone, 59, has been free since 2003 and kept a low profile. Pete Limone died of natural causes in June 2017 at 83, having held the reins as Godfather for eight years.