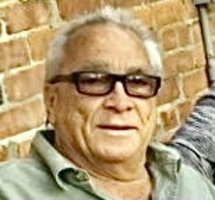 October 21, 2020 – The sight of the Buffalo underworld is all but a blur without Butchie Bifocals.

Buffalo mafia captain Frank (Butchie Bifocals) Bifulco died of natural causes over the weekend at 76 years old. The jack-of-all-trades mobster will be remembered for being intelligent, innovative and uniquely entrepreneurial in his rackets. He allegedly ran Buffalo’s West Side for the Magaddino crime family.

In the late 1990s, Bifulco branded his own line of fine cigars (the “Frank J”), filed a pair of patents for inventions of his and used the rooftop of a building he owned in downtown Buffalo to grow vegetables (specializing in different kinds of basil) that he would sell wholesale to local produce markets. He was also an accomplished chess and backgammon player

During his career in the mob, the FBI in Western New York tied well-liked Butchie Bifulco to everything from drug dealing, to bookmaking and loan sharking, to telemarketing schemes and assault with a baseball bat. FBI agents suspected he placed a murder contract on the head of the drug dealer he held responsible for killing his teenage stepson in the spring of 1993.

The feds never nailed on him any major cases until the early 2000s. And even that case could be argued was far from major, even though it came with a harsh sentence.

Bifulco did nine years in federal prison for arson, stemming from torching a friend’s car in an insurance scam. He got out in 2012.

In 1998, Bifulco was booted from the notoriously mobbed-up LIUNA Local 210 for his affiliation to the Magaddino crime family. Retired FBI agents describe Butchie Bifocals as personable, quick-witted and tough to dent as a criminal due to his street savvy and high business IQ. One former Buffalo police detective speculates that Bifulco was helping reputed Magaddino boss Joseph (Big Joe) Todaro run the organization since his release from behind bars eight years ago.