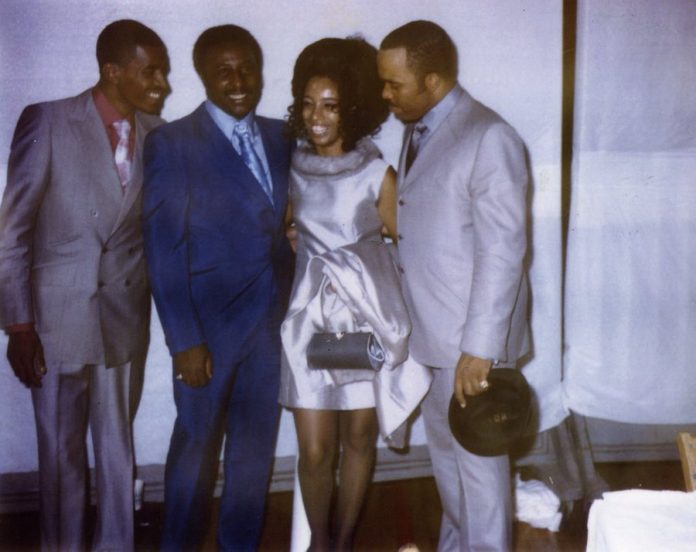 July 15, 2022 –Notorious African-American crime lord Frank (Black Caesar) Matthews was killed by the Genovese crime family in the 1970s, according to what informants told the DEA following Matthews’ disappearance. Matthews had butted heads with the Genovese mob in the months before the drug trial he skipped bail from and vanished into urban mythology.

The Genovese organization is one of New York’s “Five Families.” The mob crew Matthews was doing business with was headed by future Genovese boss Vincent (The Chin) Gigante, the so-called “Oddfather,” known for pretending he was crazy during his reign in the 1980s and 90s.

“We heard the Genovese guys were upset with his behavior, worried he was going to give them up in his case and they took care of him themselves.” recalled decorated DEA agent Frank Panessa. “The word from informants in the Family was that they told Matthews they were helping him relocate out of the country and they took him to the Bahamas and killed him on a boat. They dumped the body in the ocean and that was that. Who knows though. That was never confirmed.”

Panessa, the man responsible for making the famous “Pizza Connection case,” divulged the new theory on the Original Gangster podcast this week. The Pizza Connection case landed in 1984 after Panessa went undercover into the Bonanno crime family and broke wide open a heroin smuggling ring where powder was being brought over to the United States in pizza sauce jars and sold out of pizza parlors on the East Coast and in the Mid

Matthews was the most prolific urban heroin traffickers of his era, planting flags in more than a dozen states, including New York, New Jersey, Nevada, California, Massachusetts, Maryland, Michigan, Illinois, Virginia and Pennsylvania. He often worked in concert with the Italian mafia in multiple territories.

At the time he went missing in the summer of 1973, Matthews was facing upcoming trials for cocaine distribution in Florida and heroin trafficking and tax evasion out of New York. He was also feuding with the Genovese crime family, per DEA and court records.

In April 1973, Genovese mob drug dealer Ernie (Coco) Coralluzzo met with Matthews in a suite at Manhattan’s stately Waldorf Astoria Hotel and negotiated a sale of 40 kilos of heroin for $375,000. Matthews delivered the cash the following day through an intermediary and Coralluzzo was supposed to bring him the 40 keys of powder to him by the end of the week. The money never came. Coralluzzo, tied to Genovese mob factions in the Bronx and Manhattan, stiffed Matthews in the deal and departed for a Caribbean vacation with the stolen cash.

To retaliate, Matthews and his men kidnapped Coralluzzo’s driver and bodyguard James (Big Jimmy) Capotorto. Within hours, Coralluzzo jumped on a plane back to New York and returned Matthews his $375,000 and gave him 25 kilos on consignment in an attempt to make good on the bad faith rip-off he had perpetrated. According to federal informants, it was a ruse and Matthews’ audacious behavior in snatching Capotorto and the fact that he had two cases hanging over his head, led the Genovese family’s leadership to putting a murder contract on Matthews’ head for the disrespect he exhibited towards them.

Capotorto ended up being killed in Florida in an unrelated incident in 1976. The FBI placed a $20,000 reward for Matthews’ apprehension and placed him on the FBI’s Most Wanted List when he first disappeared. If he was still alive, Matthews would be 78.