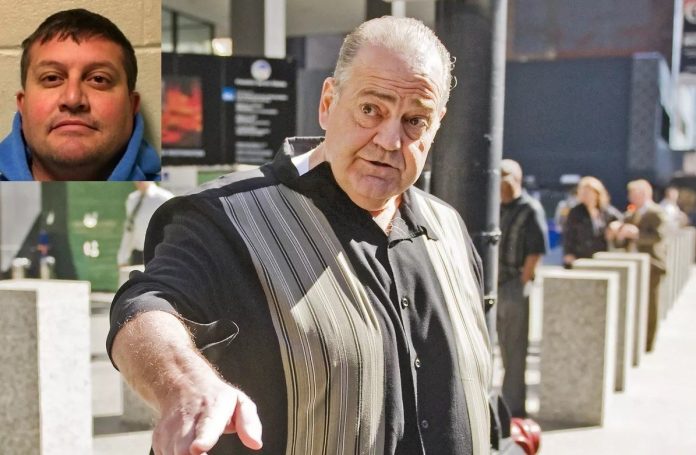 July 15, 2022 — The U.S. Court of Appeals has rejected Chicago mob boss Michael (Fat Mike) Sarno’s plea for a compassionate release from prison on extortion and racketeering charges and to send his motion back to U.S. District Court Judge Ronald Guzman for reconsideration. Guzman originally ruled against the 64-year old Fat Mike Sarno in the fall of 2020 and then again in February 2021.

Sarno, who lost his legs to diabetes and is confined to a wheelchair, is serving a 25-year term from a 2010 guilty verdict in federal court. He currently resides at a medical hospital in Missouri. <

Hailing from the Chicago mafia’s Cicero crew, Sarno rose to be acting boss of the Outfit in the mid-to-late 2000s before he got nailed for firebombing a suburban Berwyn bar refusing to use video-poker machines belonging to Sarno’s underlings. He did federal prison time for racketeering in the 1990s. Per Chicago Crime Commission files, Sarno became a mob captain in 2000 and street boss-acting don in 2005.

“Mr. Sarno’s health is severely deteriorating and he’s not receiving proper care or proper treatment in the custody of the Bureau Of Prisons,” Sarno’s attorney John Chwarzynski said.

Sarno’s motion for compassionate release listed chronic obesity, diabetes, lung, liver, prostate, gallbladder and high blood pressure issues for health concerns. The one-time near 400-pound scale tipper is down to under 200 pounds, according to his lawyer. With no judicial interference, Sarno won’t come home until 2032.