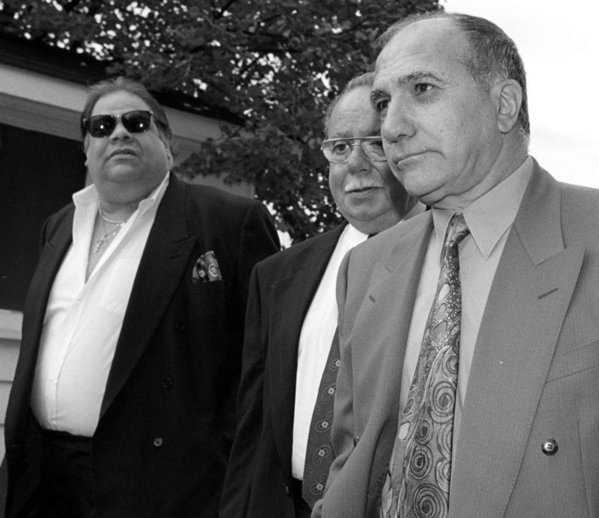 Former Philadelphia mob soldier and handsomely-paid FBI informant Ronnie (Big Ron) Previte died of natural causes this week at 73, steadfastly refusing to uproot and leave his New Jersey digs even after his cooperation and testimony put several high-ranking mafia leaders behind bars. Known as an “earner” on the street throughout his career in the underworld, Previte cleared seven figures in government compensation between his work with the New Jersey State Police and the FBI. Before he became a Garden State gangster, he was actually a cop.

Previte worked in the upper ranks of two equally-unstable mob administrations out of nearby Philadelphia, first serving as a bodyguard and driver for Sicilian don John Stanfa in the early 1990s and then being tabbed a top lieutenant in the hierarchy of Stanfa’s successors in the boss’ chair, Ralph Natale and Joseph (Skinny Joey) Merlino, the current reputed Godfather in the City of Brotherly Love. Stanfa squared off against Natale and Merlino in a war for control of the Philly mob, with Stanfa and Merlino both dodging assassination attempts in brazen public attacks.

Stanfa’s beefy security detail triumvirate of Previte, Freddy Aldrich and Vince Filipelli was known in the local press as the “Palace Guard.” Aldrich died in a 2010 car crash. Filipelli is reportedly a soldier in Merlino’s modern-day mob regime.

Adept at playing multiple angles in his craft, Previte seamlessly integrated into Natale and Merlino’s orbit after Stanfa was incarcerated in 1994, primarily due to his ability to line their pockets with cash. The entire time, he was wearing a wire for the FBI. He retired from double duty in 1999 following Merlino’s arrest, but never abandoned his Jersey stomping grounds. Natale soon flipped and entered the Witness Protection Program.

Skinny Joey Merlino was convicted of racketeering at a media frenzy of a 2001 federal trial and did 12 years in prison. Released in 2011, he’s alleged to have resumed his post atop the Bruno-Scarfo crime family, but resides in South Florida.

In 2004, Previte was the subject of the book The Last Gangster, penned by legendary Philly mob scribe and organized crime expert George Anastasia. Award-winning Fox29TV investigative reporter Dave Schratwieser, the city’s other leading mobologist, broke the news of Previte’s passing on his Twitter account Wednesday night. Previte took a bookmaking pinch while in “wiseguy retirement.”

Natale put out a memoir this year, The Last Don Standing. Last summer, Merlino, 55, was indicted on another round of racketeering charges and is scheduled to go to trial in New York City in the winter of 2018.