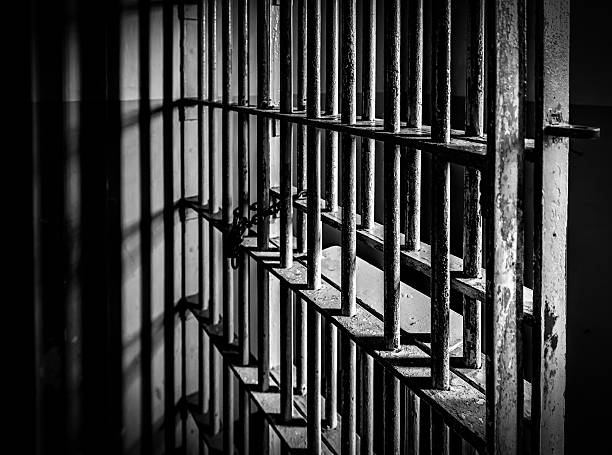 Fazzini, 48, pled guilty to the charges in 2012 and served his time in a New York correctional facility. He was indicted alongside the crime family’s then-acting boss, current consigliere Joseph (Uncle Joe) Ligambi and his mentor on the streets and the Philly mob’s longstanding New Jersey capo, Joseph (Joe Scoops) Licata.

Joining Big Lou in the freebird department last week was the Family’s fearless and fan-friendly don, Joseph (Skinny Joey) Merlino, released from a Miami federal prison the day before Fazzini after serving just under four months behind bars on a parole violation. One-time Philly LCN administrator and current soldier Gaeton Lucibello got back in town in February after pleading guilty to racketeering charges in the same case that ensnared Ligambi, Licata and Fazzini and doing a three-and-a-half year sentence.

Ligambi (pictured with Merlino and others in this story’s feature image – far right) walked from the case following a pair of mistrials due to hung juries. Scoops Licata, 73 years old and nicknamed for his ability to get the best available gangland gossip around, was acquitted of all the charges and per sources in law enforcement has reassumed his captain spot.

According to court documents and his own words recorded on FBI surveillance equipment in 2010, Fazzini was “made” into the mafia by Ligambi in a ceremony where he bled onto his dress shirt as a result of Ligambi’s slicing of his finger with a knife in the traditional LCN induction ritual and then stowed the treasured piece of clothing away in his closest as a keepsake.

Big Lou was sponsored for his button by Scoops Licata, a seasoned power player and highly-respected organized crime politician in the North Jersey underworld. Fazzini oversaw Licata’s bevvy of rackets at the street level, per the indictment, and was busted in 1998 for similar offenses.

Scoops Licata, Uncle Joe Ligambi and Big Lou attended a cross-syndicate sitdown with leadership in New York’s Gambino crime family that took place at a New Jersey Italian restaurant in May 2010 and was taped by Gambino lieutenant-turned-FBI operative Nicholas (Nicky Skins) Stefanelli – before Nicky Skins was able to testify in court he committed suicide.

The handsome and hip 52-year old Skinny Joey Merlino, America’s trendiest and most intriguing modern-day mob Godfather, has returned to his new digs in the south Florida sun and his running of his Boca Raton eatery called “Merlino’s.” Stefanelli taped conversations with Merlino, too, however, failed to get Merlino to say anything incriminating.

While Merlino himself claims he is retired from his days as a mafia boss, the FBI insists he’s still in charge of the Philly crime family he fought a war to grab control of in the 1990s and oversees things from his Florida outpost through intermediaries like Ligambi, reputed acting boss Steven (Handsome Stevie) Mazzone and reputed underboss John (Johnny Chang) Ciancaglini.

Up next in the Philadelphia LCN homecoming slate will be Merlino’s close friend and one-time underboss Marty Angelina, who went down in the same case as Fazzini and already back in Philly living in a halfway house, scheduled to be released for good on July 11.

Correction: Editor’s note – In the original posting of this story Nicholas (Nicky Skins) Stefanelli was misidentified as Nicholas De Stefano.