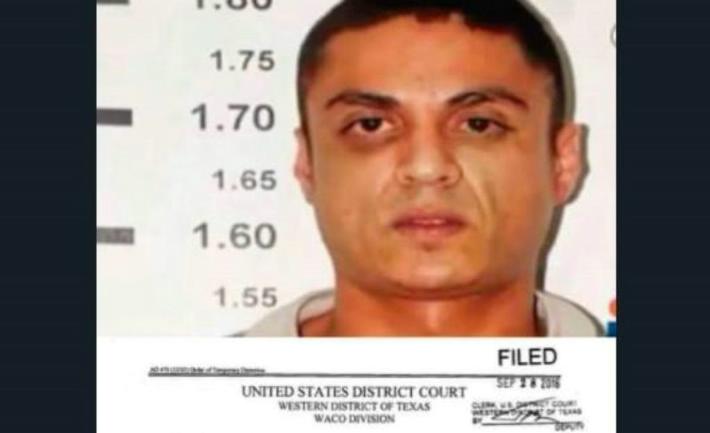 Mexican drug lord Juan Francisco (Kiko) Trevino was sentenced to five concurrent life prison sentences in a U.S. Federal Court in Texas this week, following a seven-count conviction for racketeering and narcotics trafficking back in the summer. Kiko Trevino, 38, is the don of Mexico’s Del Noreste Cartel, a breakoff faction of the lethal Los Zetas Cartel.

Taken into custody in Baytown, Texas, just outside of Houston, in September 2016, Trevino is one of the most influential cartel leaders ever convicted on U.S. soil. Prosecutors claim he’s been behind more than 125 gangland murders since 2004. He was first indicted by the feds in 2011.

Founded as an enforcement wing of the Gulf Cartel in the 1990s, the Los Zetas Cartel was started by ex-military personnel. Over the years, the hit-for-hire crew transitioned into distribution, leveraging its reputation as killers to great success in the sales department. By the mid-2000s, Los Zetas was smuggling tens of millions of pounds of cocaine and marijuana into the U.S. annually. The “Zetas” officially broke off from the Gulf Cartel in 2010.

Brought into the drug world by his kingpin uncles, Trevino headed wholesale distribution outposts in Dallas and Waco, where most of the cartel’s drugs went to be packaged and were then sent around the country for sale on the street. A jury in Waco found him guilty of drug-dealing, extortion, money laundering and weapons offenses in July.

Trevino hails from Nuevo Laredo, a Los Zetas hotspot in northern Mexico located on the Rio Grande River and directly across the border from Laredo, Texas. He is the nephew of former Los Zetas boss Miguel (Z-40) Trevino Morales, who was jailed in 2013. In the wake of his uncle’s imprisonment, Kiko Trevino took his family’s powerbase and established the Del Noreste Cartel.

The younger Trevino’s drug and weapon-sales operation routinely cleared $300,000,000 a year in profits. One of his indictments cited almost two billion dollars-worth of drugs sold at the peak of his reign. DEA agents tracked Trevino personally delivering a shipment of $25,000,000 in cash to his uncles in Nuevo Laredo. Jose (Z-42) Trevino Morales, Kiko’s other uncle, was smacked with a 20-year prison term in 2013 for laundering drug money through a horserace outfit in Oklahoma.