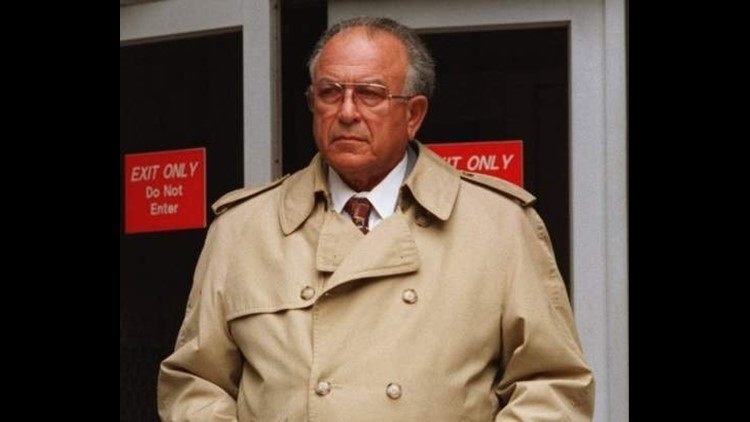 Many people close to the situation point to the aftermath of Detroit mob boss Giacomo (Black Jack) Tocco’s 1998 federal racketeering conviction as an example of how far and deep his connections ran in white-collar circles. Tocco, who passed away in the summer of 2014 and jurors found guilty of heading a 30-year organized crime conspiracy, collecting millions of dollars of street tax as well as having profited from hidden ownership in three cash-cow Nevada casinos, was initially sentenced to a head-scratching 10 months in a halfway house by U.S. District Court Judge John Corbett O’Meara 20 years ago this week on November 13, 1998.

Considering Tocco was one of the nation’s most powerful crime lords and a prime suspect in the infamous Jimmy Hoffa murder mystery, O’Meara’s decree could barely be categorized as a slap on the wrist and raised a lot of eyebrows. It was definitely perceived as a slap in the face to the lawyers and lawmen responsible for building the landmark Operation Game Tax case. Prosecutors and FBI agents were outraged at what appeared like preferential treatment for the long-serving mafia don. In comparison, a foot-soldier cousin of Tocco’s did 12 years.

“Everyone knew Jack had a backdoor in his case, he had people looking out for him,” said one street source. “That original sentence was only surprising to outsiders. People in his world expected it.”

Six weeks later, in late December 1998, under pressure from prosecutors, O’Meara resentenced Tocco to a year behind bars. The U.S. Attorneys’ Office still wasn’t satisfied though and filed an appeal — in January 2000, the U.S. Court of Appeals agreed with prosecutors that the sentence was too light and Tocco had another year and a half tacked on to his time. The notoriously-understated and equally business and underworld savvy Midwest Godfather finally walked free on November 21, 2001. He reigned on his throne for 14 more years, continuing to emphasize corporate diversification as the hallmark of his regime, and died peacefully of heart failure, successfully avoiding any further run-ins with the law in his last years atop his Rustbelt mafia dynasty.

“We were upset by the punishment the judge handed out and we made our anger and frustration known,” retired U.S. Attorney Keith Corbett said. “The type of conviction Jack took sent other people of his ilk to prison for 20, 30 years and he gets the halfway house? Something didn’t make sense, so we pressed the issue. In the end, Jack still got a break and wasn’t gone for all that long anyway.”

Tocco’s dad and uncle, Vito (Black Bill) Tocco and Giuseppe (Joe Uno) Zerilli, founded the Detroit mafia, known locally as the Zerilli-Tocco crime family, “The Combination” or “The Partnership,” in 1931 following their victory in the so-called Crosstown Mob War. The elder Tocco died of a heart attack in 1972 and the younger Tocco took over as the boss of the crime family in the wake of his uncle’s death of natural causes in 1977.

According to FBI informants, Tocco was a principal conspirator in the July 1975 kidnapping and execution of Teamsters union leader Jimmy Hoffa, helping his uncle and others coordinate the details of maybe the most talked-about mob hit of all-time. Hoffa vanished from a Detroit area restaurant’s parking lot on his way to have lunch with two labor-union linked gangsters. Acting on a tip from an informant, FBI agents were on hand snapping photos at Tocco’s official inauguration ceremony in June 1979 at an upscale hunting lodge near Ann Arbor.

During his ascent to becoming a boss, Tocco bypassed his first cousin Anthony (Tony Z) Zerilli, the original heir apparent to the crown, in the syndicate succession order. Upon Zerilli getting caught skimming $6,000,000 from The Frontier casino in Las Vegas and being sent to prison, his father, longtime Michigan don and national Commission member Joe Zerilli, decided to name his nephew Tocco his successor instead of his own son. The younger Zerilli begrudgingly accepted a role as Tocco’s underboss, but skipped his cousin’s 1979 coronation.

Using a bug in Zerilli’s nephew’s car to gather evidence and the cooperation of Tocco’s consigliere Michael (Big Mike) Polizzi’s son, an in-house attorney for his dad and his dad’s mob pals, Tocco, Zerilli, Polizzi and virtually their entire command structure were indicted in March 1996 in what came to be known as the Operation Game Tax bust. The moniker came from the fact that the main focus of the probe was extortion and the taxing of independent gambling operations and business owners. Part of the evidence presented at Tocco’s spring 1998 trial was an FBI surveillance photo taken during the hunting lodge ceremony two decades earlier and documents and testimony tying him to silent ownership in a string of glitzy gambling palaces in the desert.

While Zerilli and Polizzi were the ones originally slapped with charges in The Frontier case back in the 1960s, Operation Game Tax unveiled the fact that Tocco had received a percentage of the sale to reclusive billionaire Howard Hughes. Shortly thereafter, the Detroit mob grabbed control of The Aladdin casino until its front men were nailed in a 1978 conspiracy and fraud case. Entertainer and Vegas staple Wayne Newton purchased the casino in 1980 for close to $100,000,000 and an FBI surveillance unit tracked Tocco to a 1983 meeting in Florida where he and St. Louis mob leaders negotiated portions of profits from divestment of past ownership shares in The Aladdin.

By 1981, Tocco had his hooks into The Edgewater casino in Laughlin, Nevada, some 90 miles southeast of The Strip resting on the banks of the Colorado River. Again using a series of front men as buffers, Tocco and Detroit wiseguys fleeced the place for roughly $10,000,000 in 26 months before selling it to the owners of Vegas’ Circus Circus casino for $18,000,000.

A year before Tocco died, the FBI searched a piece of farmland property in Oakland Township, Michigan he once owned for Jimmy Hoffa’s remains based on a tip from a disgruntled Tony Zerilli, who Tocco shelved after they both got out of prison in the 2000s. Zerilli died of natural causes in March 2015.