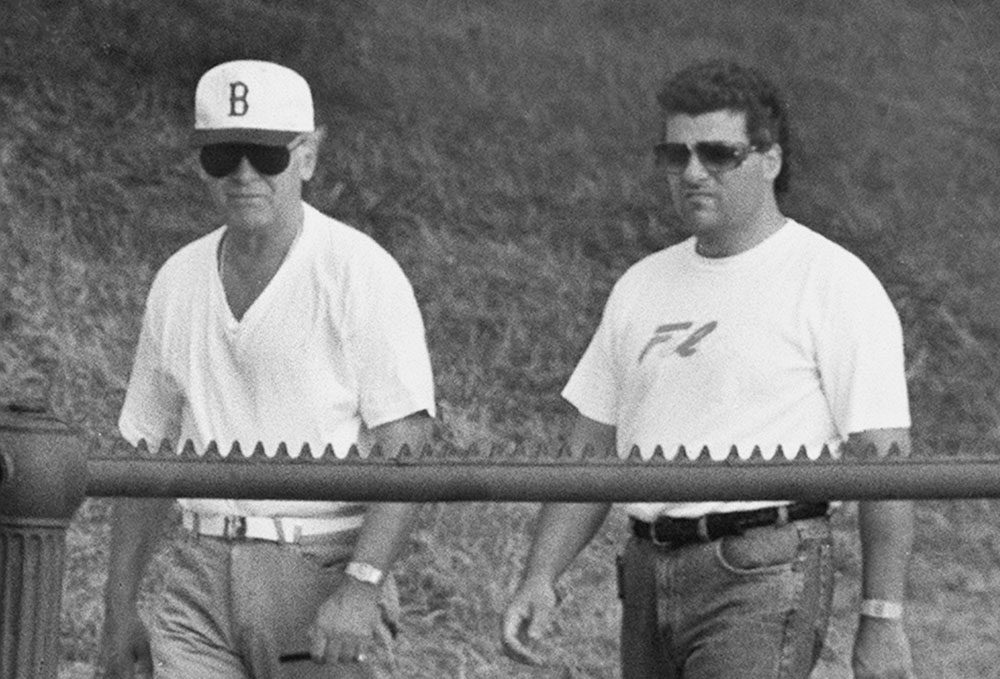 Storied South Boston Irish mob boss James (Whitey) Bulger was killed last week behind bars at a federal correctional facility in West Virginia. Bulger, 89, was one of America’s most powerful crime lords of the late 20th Century and a longtime FBI informant. He was convicted of racketeering and murder in 2013 after more than a decade and a half as a fugitive from justice. During his gangland career which spanned from the 1960s until he went on the run in 1995, Bulger was a suspect in close to two dozen homicides.

Gangster Report breaks all of them down below:

March 8, 1973 – North End bartender and bookie Mike Milano is killed in a drive-by shooting in a case of mistaken identity. The Winter Hill Gang was on assignment stalking Milano’s boss, Alfred (Indian Al) Notarangeli, a local racketeer feuding with Boston Italian mob don Jerry Angiulo but accidentally murdered Milano because he drove a similar-looking Mercedes Benz to the one Indian Al tooled around town in.

March 19, 1973 – Indian Al’s lieutenant Al Plummer is killed in a drive-by shooting in the North End, caught in the crossfire when Winter Hill gunmen unload on a car carrying Notarangeli which is idling next to Plummer’s vehicle on Commercial Street.

March 23, 1973 – Indian Al’s lieutenant Billy O’Brien is killed behind the wheel of his car in a drive-by shooting as he left a gun deal and was headed to his son’s tenth birthday party.

April 18, 1973 – Indian Al’s brother and lieutenant, Joseph (Indian Joe) Notarangeli is gunned down inside a Medford pub in the middle of the afternoon.

December 1, 1973 – Irish mobster and Winter Hill Gang rival Jimmy (Spike) O’Toole is gunned down as he leaves a Dorchester bar owned by a Winter Hill member in the days after word hit the street that the scrappy independent mob figure had placed a murder contract on the head Winter Hill Gang leader Howie Winter.

February 11, 1974 – Boston mobster Alfred (Indian Al) Notarangeli is shot to death as he arrives at what he thinks is a meeting to make peace, holding a bible in one hand and a shopping bag with $50,000 cash.

November 20, 1974 – Mullens Gang boss Paulie McGonagle is shot to death by Bulger in the backseat of a car after being lured inside the automobile with a peace offering accompanied by the display of a briefcase full of money.

June 25, 1975 – Fearing Winter Hill wiseguy and one-time boxer Eddie (The Bulldog) Connors was going to begin cooperating with police in the Spike O’Toole homicide probe, Bulger personally guns him down in a phone booth. Connors owned the bar O’Toole was leaving when he was slain.

November 25, 1975 – Mullens Gang enforcer Tommy King is shot in the head while riding in a car with Bulger and his frequent hit man accomplice Johnny Martorano. King’s murder was the first one committed with Bulger officially on the government payroll as a top-echelon confidential informant.

November 25, 1975 – Mullens Gang member Frank (Buddy) Leonard, a close friend of Tommy King’s, is shot in the head by Bulger only hours after he did the same to King.

December 30, 1976 – Fast-living Boston Italian gangster Richie Castucci was killed by Bulger and Martorano, shot to death inside a Somerville apartment after Bulger finds out he is an FBI informant – the first of four criminal associates of Bulger’s to be slain once his own connections in the federal government tipped him to their own respective dealings with the feds. Castucci, known to pal around with Frank Sinatra whenever Ole’ Blue Eyes blew into Beantown, was owed $100,000 in winning bets from Winter Hill Gang bookmakers at the time of his slaying.

April 12, 1980 – South Boston bookie Louis (Louie the Arab) Litif, a Winter Hill Gang associate, is killed when Bulger is angered by Litif’s unsanctioned activity (murder, drugs) and finds out he is trying to furnish information to the Boston Police Department and the FBI.

May 27, 1981 – Oklahoma-based millionaire Roger Wheeler, a Boston native, is gunned down by Martorano in the parking lot of the ritzy Southern Hills Country Club in Tulsa. Wheeler owned the Winter Hill Gang-controlled World Jai Alai sports league and was on the losing end of a power play hatched by Bulger and former World Jai Alai president and Winter Hill Gang associate John Callahan.

September 17, 1981 – Bulger strangles Debbie Davis, the young girlfriend of his right-hand man, Stevie (The Rifleman) Flemmi, to death when Flemmi admits to telling her they were both FBI informants.

May 11, 1982 – Drug-addled Winter Hill Gang lieutenant Brian (The Balloon) Halloran & his neighbor Mike Donahue are gunned down by Bulger in the parking lot of Anthony’s Pier 9 on the South Boston waterfront. Halloran had knowledge of the Wheeler hit and began informing to the FBI when he worried he was going to be arrested for another murder he took part in months earlier. Bulger learned from his FBI handlers of Halloran’s cooperation. Donahue was just an innocent bystander, hitching a ride home with Halloran from the restaurant.

July 31, 1982 – Boston finance whiz kid turned Winter Hill Gang crony John Callahan is shot to death by Martorano in Florida on Bulger’s orders when Bulger worries he won’t be able to keep his mouth shut to the feds in the Wheeler murder investigation.

August 4, 1983 – South Boston bank robber and drug dealer Arthur (Bucky) Barrett is kidnapped, robbed and shot to death by Bulger for failure to pay him tribute.

January 5, 1985 – Bulger strangled Debbie Hussey, his partner-in-crime Stevie Flemmi’s stepdaughter and lover, to death, after she began using her proximity to the Winter Hill Gang as leverage on the street with both cops and crooks. Hussey was a stripper and prostitute in Boston’s red light district known as the Combat Zone.