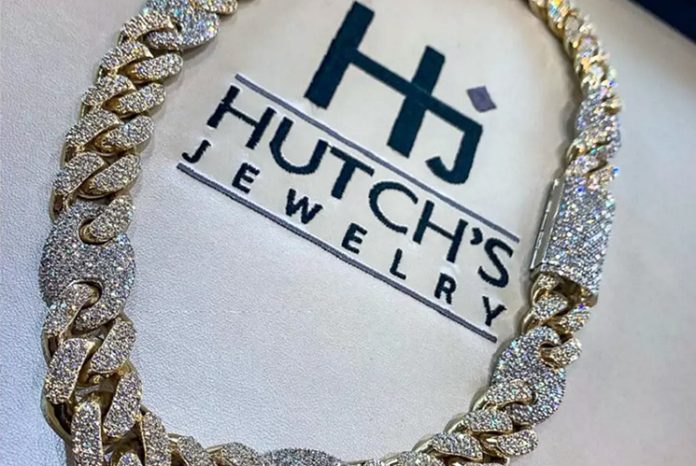 September 7, 2022 — Prosecutors in Michigan have charged two more men in the June 3 murder of Detroit’s jeweler to the stars Dan (Hutch the Jeweler) Hutchinson outside his recently purchased pawn shop in broad daylight in what detectives call a contract hit.

Darnell Larry lives in Detroit and has a history of drug busts. Raptoplous, 32, resides in suburban Commerce Township and is alleged to have hired the Larrys to kill Hutchinson. Per sources, he has ties to a local attorney Hutchinson and his wife were friendly and socialized with

The case is being prosecuted out of Oakland County, Michigan. The Larry brothers and Raptopoous each pleaded not guilty and are being held without bond before trial.

Hutchinsion, a beloved figure in the Metro Detroit business community, died in a hail of gunfire behind the wheel of his luxury SUV pulling out of a parking spot at the Pay Benny pawn shop on Greenfield Road in Oak Park, Michigan, just a stone’s throw from the Detroit city limits. Hutchinson’s wife was sitting next to him at the time of the shooting and survived unscathed. The slaying occurred less than a mile from his widely popular Hutch’s Jewelry Store flagship location. The motive for the murder remains hazy three months later.

Over the past three decades, Hutch’s Jewelry Store has become known for outfitting Detroit’s rich and famous — most prominently, the area’s rapper and athlete crowd — in customed-made diamond-studded chains, rings, bracelets and pendants. The business was started by Hutchinson’s parents at Northland Mall in 1990. A number of out-of-state celebrities became dedicated customers of Hutch the Jeweler’s and often showed off his custom-made pieces on their social media accounts. Best-selling Miami rapper Rick Ross is one of the jewelry store’s most loyal patrons.

Three separate sources speculate that Hutchinson’s murder might be tied to rumors floating around the streets of Southeast Michigan during the winter that DEA and IRS agents were pressing local jewelry store owners, including Hutchinson, to give them information on narcotics traffickers laundering money through jewelry transactions. Two additional sources speculate the murder may have something to do with Hutchinson’s purchase of the pawn shop he was killed on the property of.