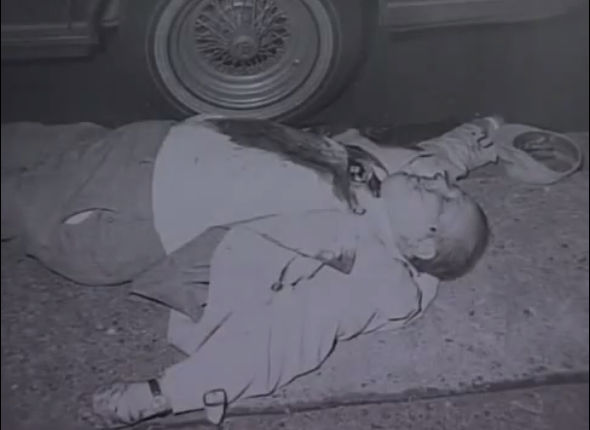 Second-generation Philadelphia mafia button man Frank (Windows) Narducci, Jr. was the last person other than his dad’s killers to see his father, Philly crime family capo, Frank (Chickie) Narducci, alive on the day he was slain gangland-style in 1982. Windows Narducci, 60, was arrested by federal authorities last week. He is part of the “Scarfo era” faction in the modern-day Philadelphia mob, which according to multiple sources, might actually be two sub-factions, one led by Windows’ baby brother, Phil Narducci.

At the time Chickie Narducci was killed he was on trial for racketeering and Windows accompanied him to court that fateful day on January 7, 1982. Following the proceedings coming to an end around 5:30 that night, Windows drove his dad to his own car, a 1976 Cadillac Seville, located at a nearby indoor parking garage. Literally minutes later, Chickie Narducci was gunned down as he got out of his Caddy in front of his house by Salvy Testa, the son of assassinated Philadelphia mafia boss Phil (the Chicken Man) Testa. According to FBI documentation, Joseph (Chickie) Ciancaglini, Chickie Narducci’s co-defendant in his RICO case and reputed to be the syndicate’s current underboss, alerted Salvy Testa of Narducci’s departing the courthouse and that he was headed his way from a phone booth located directly outside the courtroom holding their trial.

“Being the last one to see him, and it being like five minutes before he got banged out, has always weighed heavy on Windows, he’s told people he can’t get that final image of him saying goodbye at his car out of his head after all these years. It haunts him,” said one Philly mob insider who grew up with the Narducci boys. “He accepted it though as part of “the Life” and didn’t hold it against the people that did it. His dad made a play for the crown, took his shot and lost. That was the punishment. Windows understands that his dad knew the stakes. Chickie was no dummy. He knew some of those people on trial with him wanted to do him for what he did to Phil Testa, he knew he’d have to answer for it. ”

Salvy Testa killed Chickie Narducci to avenge his father’s death, which was set in motion with an unsanctioned and ultimately unsuccessful plot to take over the Family less than a year earlier by Narducci and Testa’s underboss Pete Casella. The younger Testa set out to personally execute those responsible for his dad’s assassination, succeeding with the slayings of the elder Narducci and Rocco Marinucci, the man physically responsible for detonating the nail bomb that killed Chicken Man Testa as he entered his South Philly residence one early-morning in March 1981.

Marinucci had firecrackers stuffed in his mouth after he was shot to death on the one-year anniversary of the elder Testa’s murder. Salvy Testa informed his best friend Joseph (Joey Pung) Pungitore that he wanted Chickie Narducci to see it was him that pulled the trigger in his execution.

“I want him to see the whites of my eyes,” Salvy Testa told Joey Pung, who two years later set him up to be killed inside a South Philly candy store.

Pungitore and his brother Anthony (Tony Pung) Pungitore, Jr. are part of the non Phil Narducci-led Scarfo era-branch in the modern-day Philadelphia mob.

Chickie Narducci had been a capo under Testa’s predecessor, Angelo (the Docile Don) Bruno, tapped with running all Bruno’s sports gambling rackets in the 1970s. After Bruno was assassinated in 1980, Chickie and Casella – whose ties in the New York underworld saved his life – had disagreed with the choice of Testa to succeed to Bruno, feeling he didn’t understand white-collar rackets well enough to lead a 1980s crime family.

The Narducci brothers continued to work for 1980s Philly don Nicodemo (Little Nicky) Scarfo, Chicken Man Testa’s successor and close friend, even after Scarfo ordered their father murdered. He would also eventually order Salvy Testa’s execution in 1984 when he felt the young, handsome mob prince’s popularity began to exceed his own.

Scarfo and the Narduccis were convicted in a robust racketeering and murder case in 1989. Both Narduccis were found guilty of taking part in the 1985 murder of Scarfo rival Frank (Frankie Flowers) D’Alfonso – they’d win acquittal in a retrial. The now-52-year old Phil Narducci is said to have been the shooter in the D’Alfonso hit, have taken part in the 1983 slaying of Sammy Tamburrino and the person who shot the father of mob associate-turned- witness Joe (the Plumber) Salerno.

Per court and congressional-hearing testimony, Windows Narducci was “made” by Phil Testa in 1981, five years prior to Phil Narducci’s induction in a making ceremony presided over by Scarfo, who remains incarcerated.