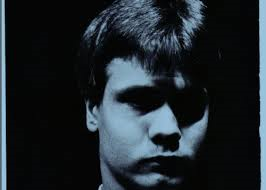 Upon hearing the breaking news this week that Universal Pictures has decided to make a White Boy Rick movie, I reflected on my own personal relationship with him.

And let me tell you, White Boy Rick is no longer alive. He died years ago. The person that inhabits his former body today is simply Rick Wershe, a 45-year old man, a political prisoner of war in some ways, fighting for his life from behind bars.

The nickname is his cross to bear and he knows it. If he was just Rick, he’d be a free man right now.

Hopefully this movie will ignite the flames of freedom and galvanize the public to apply enough pressure on the state of Michigan to let him out. It’s been way too long.

My heart and my soul sincerely ache for Rick and his plight. He is my dear friend and he is unlike anybody I have ever met before. His life has been unfair in so many ways, yet he is able to continually keep his spirits up and his faith never waivers. I admire him so much for that.

Our friendship began with me wanting to do an interview with him about his life in 2007. I ended up being the first journalist to crack the “second part” of the White Boy Rick story – the fact that White Boy Rick was actually the morally-corrupt creation of our own federal government, that he was actually recruited by a federal narcotics task force at the ripe age of 14 years old, told to drop out of his freshman year in high school, and put to work as a mole in the local drug world.

His innocence was literally stolen from him, his body and mind prostituted by the police and his own father (the man that introduced him to law enforcement). I would be bitter to the point of it driving me insane if I were him. He isn’t. That I admire even more.

In my line of work, I’ve met a lot of professional criminals, mobsters, gangsters, mafia dons, biker bosses, drug czars and hit men, to just name a few. Rick is as far away from these kind of people as humanly possible. He is a genuine, kind soul, with a giant heart. He was a victim of extreme circumstance, his crimes long since paid for and really, despite his reputation, quite minor in context (he was simply caught with cocaine at a traffic stop when he was 17, nothing else – that’s his only conviction).

After that first face-to-face meeting in a prison visiting room, I began building a trust and connection with him that I truly cherish. Our phone calls and visits, whether discussing his case, our families, the most recent Tigers or Lions game, or a great episode of reality tv, always inspire me.

Why so many people in the state and Wayne County establishment want to crucify him for our city being forced to endure an entire decade of drugs and destruction in the 1980s (ravished by literally hundreds of criminals bigger and more damage-inflicting than he ever was – most of whom have long since been released from their much more severe convictions), I will never know. Why they want to keep him in prison for the rest of his life based on his behavior as a juvenile that someone in this day and age would get maybe a year or two slap- on-the-wrist, I don’t understand.

If this movie does anything I just hope it puts enough eyes on this horrible injustice of a situation and those eyes lead to a key that unlocks the prison door for my friend Rick.