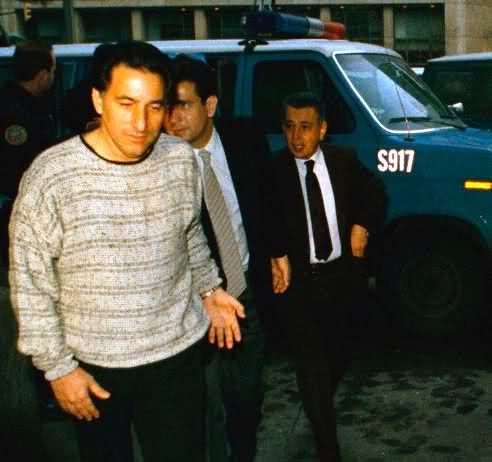 Philadelphia mobster Francis (Faffy) Iannarella has a heavier workload these days. The old-school Mafioso is in line to be the Bruno-Scarfo crime family’s new consigliere and has been middling for Family administrators lately, holding meetings with subordinates on their behalf, per sources. The highly-trusted 71-year old Iannarella was released from a 29-year prison stint in 2016.

According to Philly mobologists Dave Schratwieser and George Anastasia in their most-recent Mob Talk Sitdown video blog, (you can watch it here), Iannarella has cozied up to the crime syndicate’s current leadership, frequently being observed in the presence of organization shot callers and appearing at a recent meeting of major players in the pecking order, including boss Joseph (Skinny Joey) Merlino.

Iannarella was convicted of racketeering and murder conviction in 1989 (he’d eventually have the homicide thrown out on appeal and be found not guilty in a second trial). No longer on any form of parole restrictions, sources say Iannerella is acting as a conduit between the tight-knit Merlino camp and button men from the past, guys like him who came up in the mob during the turbulent 1980s reign of deceased don Nicodemo (Little Nicky) Scarfo and have been sprung from federal prison in the past decade.

Under the diminutive and deadly Scarfo’s regime, Iannarella was a captain and then a street boss for affairs in South Philly in the year before his arrest in 1987. He replaced Skinny Joey Merlino’s dad, deposed Scarfo underboss Salvatore (Chucky) Merlino, as Philly street boss when Scarfo pulled the elder Merlino’s stripes for his alcoholism. Having served in the Marines as a young man, Iannarella was a suspect in at least four Scarfo era gangland slayings. His father was one-time Philly mob soldier Frank (Snuffy) Iannarella.

Skinny Joey is about to begin serving a two-year prison term for gambling. Merlino’s former acting boss and consigliere Joseph (Uncle Joe) Ligambi is spending more time in Florida, leaving an opening in the crime family’s hierarchy some are saying Iannarella will soon fill. Another former Scarfo capo, 83-year old Joseph (Chickie) Ciancaglini, had acted in a consigliere capacity since his release from prison a few years ago, but per sources, would rather advise in a non-formal capacity going forward.

The FBI believes Iannarella was involved in the murders of mobsters John Calabrese (1981), Robert Riccobene (1983), Sammy Tamburrino (1983) and Frank (Frankie Flowers) D’Alfonso (1985). Authorities finger Iannarella as the trigger man in the Calabrese and Riccobene murders and a co-conspirator in the others. The Calabrese hit resulted in Iannarella being “made” into the mob.

Ligambi, 79, and  Iannarella were both convicted in the D’Alfonso slaying, however  had the guilty verdicts tossed on appeal. They were acquitted of the murder in a 1997 retrial. D’Alfonso, one of the premier loansharks and bookies in South Philly in the 1970s and first half of the 1980s, refused repeated extortion efforts from Scarfo paving the way for his killing.