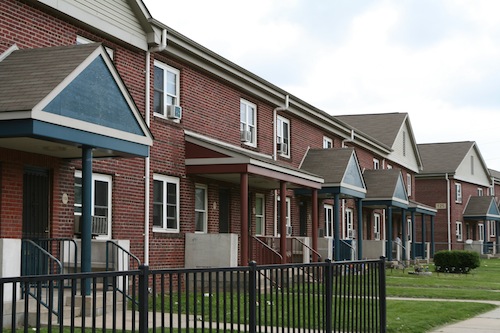 Philadelphia drug world figure Anthony Reaves was slain this week less than an hour after he received a suspiciously lenient sentence in state court for his role in a large narcotics ring being run out of the Bennett Homes housing projects in Chester, Pennsylvania. Reaves, 41, had been cooperating with prosecutors in Delaware County in two cases, one targeting his boss in the drug trade, reputed Philly kingpin James (Thaddy Ock) Townsend, currently awaiting trial.

Fresh off landing a sweetheart eight-year probation early Monday afternoon in exchange for his help in the case against the Townsend organization and another focusing on alleged Chester crack-cocaine chief Rasheen Caulk, Reaves was gunned down in front of his Southwest Philadelphia apartment complex as he returned home. The 38-year old Townsend and more than a dozen of his lieutenants, including Reaves, were indicted in April 2016.

Townsend is out on bail. Caulk, 38, went down back in the spring and is also free on bond, facing multiple state drug counts.

According to Philly.com, Reaves rejected offers by authorities to relocate out of state. Although he wasn’t expected to testify at Townsend’s upcoming trial, Reaves made controlled drug purchases for a state narcotics task force and his cooperation was divulged in court pleadings filed in 2016. FoxPhily29 award-winning investigative journalist Dave Schratwieser reported that his sources disputed the state’s claims of any significant offer of relocation and instead offered putting Reaves up in a hotel room.

Per the “Operation Bennett Trifecta” indictment last year, Townsend oversaw his crack empire in the Bennett Homes projects with the help of his two older brothers Darrell (Challie Ock) Burton and LaFenus (Big Finney) Burton, 42 and 44 years old respectively. The case was dubbed Bennett Trifecta because of the teaming of the Chester Police Department, the Pennsylvania State Police vice squad and Delaware County investigators in attempting to dismantle Townsend’s Bennett Homes operation.