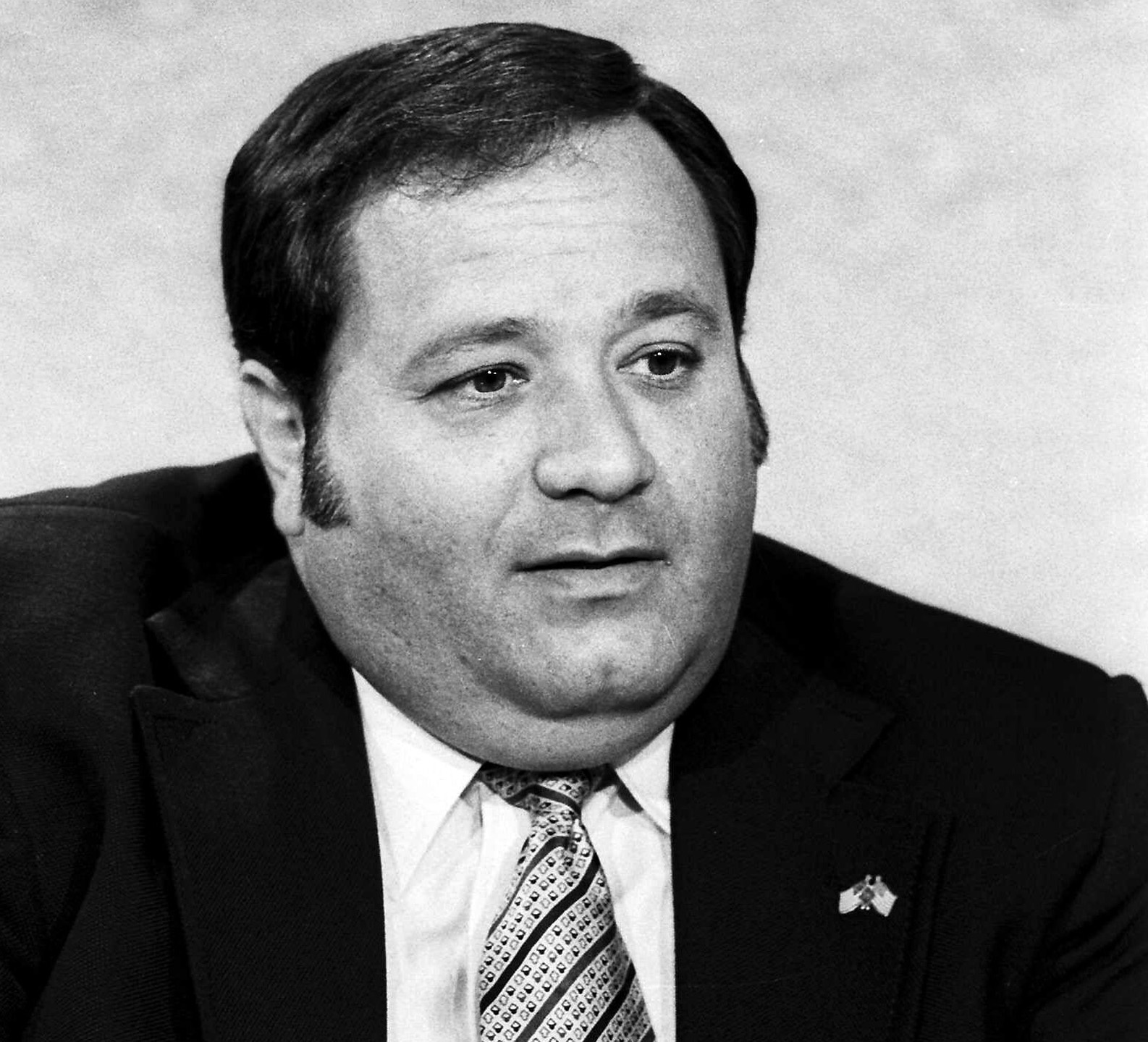 Whether former mob associate Chuckie O’Brien was involved in the kidnaping and murder of iconic Teamsters union boss Jimmy Hoffa in 1975 is uncertain. What is certain is that O’Brien, Hoffa’s adopted son and the basis for the Tom Hagen character in The Godfather book and film, was at odds with his surrogate father at the time he went missing and had possession of the car Hoffa was most likely transported to his execution and burial the day Hoffa was murdered.

O’Brien and Hoffa were fighting over Hoffa refusing to back O’Brien’s bid for a Teamsters’ administrative post at Local 299 in southwest Detroit – the epicenter of Hoffa’s powerbase for decades – and O’Brien spreading rumors that Hoffa was an FBI informant. Many experts believe Hoffa became a confidential informant for the government in the wake of his release from prison and his falling out with his one-time benefactors in the mafia over his desire to win back the presidency of the Teamsters.

Hoffa vanished 42 years ago this week, on July 30, 1975, en route to a sitdown luncheon with Detroit mob street boss Anthony (Tony Jack) Giacalone and Genovese crime family captain Anthony (Tony Pro) Provenzano from New Jersey at a Bloomfield Township, Michigan restaurant parking lot. He was last seen getting into the backseat of a maroon-colored Mercury Marquis and driving away with three other unidentified men. His body has never been found and nobody has ever faced charges in his homicide.

O’Brien admits to taking possession of a 1975 maroon-colored Mercury Marquis owned by Tony Jack’s youngest son, Joseph (Joey Jack) Giacalone, the morning Hoffa disappeared, but denies having any knowledge of what happened to him. The FBI confiscated Joey Jack’s car in the days after the blustery, hard-headed 62-year old Hoffa was wacked and in the 2001 matched DNA from a hairbrush of Hoffa’s to a strand of hair found in the rear passenger’s seat of the vehicle. Trained police dogs place Hoffa’s scent in the car’s backseat and trunk.

Born in Kansas City to Missouri mobster Sam (The Binger) Scaradino, who sometimes went by the alias “Frank O’ Brien,” and mafia mistress and paramour Sylvia Pagano, who took an unsuccessful shot at being a Hollywood starlet under the stage name “Sylvia Paris,” Chuckie O’Brien moved to Detroit after his dad died of a sudden heart attack and his mom began dating Motor City mob capo Frank (Frankie Three Fingers) Coppola and then both Hoffa and Tony Giacalone. He lived with the Hoffa family throughout his childhood and early adulthood and followed Hoffa into the ranks of the union.

With the support of Giacalone and other powerful Midwest mafia figures, Hoffa vaulted to the top spot in the goliath Teamsters union in 1958, getting elected president at the Teamsters national conference in Miami. O’Brien was a union delegate and registered union business agent out of Local 299. Per FBI documents and federal court filings, O’Brien would often act as a go-between for Hoffa and Giacalone to other prominent members of the American mafia outside of Detroit regarding union matters, including Provenzano in New Jersey, the Civella crime family in Kansas City and the Marcello crime family in New Orleans.

Convicted of bribery, fraud and jury tampering, Hoffa was sent to federal prison in 1967 until he was brought home via a commutation from the Nixon White House in late 1971, Hoffa intended on recapturing the Teamsters presidency at the 1976 election despite the mob ordering him to stand down and his commutation barring his return to office for 10 years. According to exclusive Gangster Report, Hoffa started cooperating with the FBI against his former allies in the mob in return for a promise from the government to lift the ban on his running in the 1976 election.

After Hoffa got out of prison and began a public crusade and media tour campaigning on a platform of ridding the Teamsters of organized crime influence, he opposed O’Brien’s attempt to become vice president of Local 299, prompting O’Brien to begin telling people Hoffa was a snitch and siding with Tony Giacalone in the mob’s feud with his adopted dad. Per FBI records, Hoffa tried getting O’Brien transferred to a union job in Alaska as punishment.

O’Brien was booted from the Teamsters for his ties to the mafia in 1990. In the hours after Hoffa didn’t return home from his meeting with Giacalone and Tony Provenzano on July 30, 1975, O’Brien and Hoffa’s real son and daughter, his surrogate brother (James P. Hoffa) and sister (Barbara Crancer) had an argument over O’Brien’s lack of forthrightness and haven’t spoken since. Crancer is a judge in St. Louis. James P. Hoffa is currently in his fourth term of being president of the Teamsters and has for all intents and purposes, significantly cleansed the union of mob influence.

Decease mob hit man and Teamsters member Frank (The Irishman) Sheeran claimed to have been the triggerman in the Hoffa murder on his deathbed, naming O’Brien as the driver in Hoffa’s kidnapping. Sheeran died in 2003 and was a friend of Hoffa’s and henchman for east coast mob dons Russell Bufalino and Angelo Bruno.

Most historians and experts dismiss Sheeran’s confession, as does the FBI. Many think O’Brien delivered the Mercury Marquis used in the job, probably unknowingly, to a hit team made up of Detroit and New Jersey Genovese wiseguys at Tony Giacalone’s suburban Southfield Athletic Club headquarters on the afternoon Hoffa was clipped. O’Brien admits to driving Joey Jack’s Mercury Marquis to see Tony Jack at the Southfield Athletic Club on the afternoon Hoffa turned up missing.

Giacalone purported to Hoffa that he could arrange a sitdown with Provenzano, a Teamsters powerbroker in Union City, New Jersey’s mammoth Local 560, to squash a beef between the pair stemming from a fight in prison over insurance benefits being paid out to Hoffa’s family, but not Provenzano’s.

Hoffa needed Provenzano’s support for his re-election bid. The meeting was scheduled for the Machus Red Fox restaurant, less than five miles away from Giacalone’s headquarters. Neither Giacalone, nor Provenzano showed up and Hoffa got into a car with people he assumed were taking him to rendezvous with them nearby, however instead was murdered.

Tony Provenzano, related to the Giacalone family through marriage, died of a heart attack behind bars in 1988. Tony Giacalone died of kidney failure in early 2001 facing federal racketeering charges. Joey Giacalone, 64, is reputed to be capo of his dad’s former crew these days. O’Brien, 81, lives in Florida and is reportedly working on his memoirs.

Godfather scribe Mario Puzo said in interviews he hatched the idea for the fictional Tom Hagen character in his original novel after being told of a man named “O’ Brien” in Detroit who was Hoffa’s adopted son. Hagen came from German-Irish heritage and rose to be consigliere of the fictional Coreleone crime family. The Tom Hagen character was portrayed by Oscar-winning actor Robert Duvall in the first two Godfather movies.

O’Brien also got the Hollywood treatment – at least partially – in the 1992 movie Hoffa directed by and co-starring Danny DeVito and Jack Nicholson as Hoffa in a critically-acclaimed performance. DeVito’s “Bobby Ciaro” character was loosely based on a combination of O’Brien and Local 299 vice president Bobby Holmes, a staunch, longtime Hoffa confidant and ally.