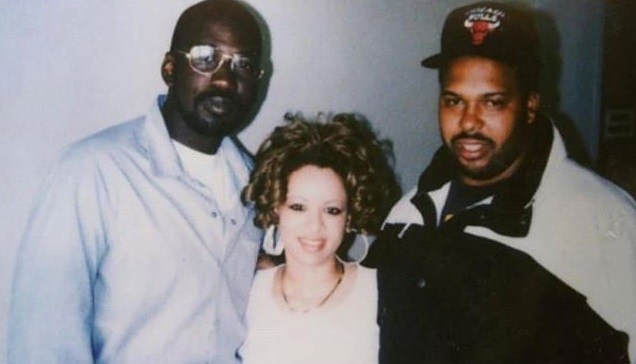 “Harry O” ran a giant cocaine ring in Los Angeles in the 1980s and financed the historic Death Row Records rap music label from behind bars. Harris has been in prison for the last 31 years.

Per DEA records, the 59-year old Harris gave Death Row Records founder Marion (Suge) Knight, a gangbanger and former college football player at UNLV, a $2,000,000 investment for his fledgling label in 1991. The label launched Snoop Dogg and the G-Funk era of hip hop. At the time of his investment, Harris was serving a life sentence for drugs, racketeering, kidnapping and attempted murder, stemming from a pair of busts in 1987 and 1988, respectively.

When an employee of Harry O’s was caught stealing, he was taken into the mountains of Antelope Valley and shot several times. The employee miraculously survived the attack and went on to testify at Harry O’s trial.

Harris produced a play on Broadway starring a then little-known Denzel Washington called Checkmates, becoming the first African-American to ever produce a Broadway play. He also owned large amounts of real estate, s successful limo and luxury car rental company and a number of Beverly Hill

His kingdom of cocaine stretched from South Central, where Harris grew up, to the suburbs of the Valley and beyond. Once he conquered the L.A. market, Harry O expanded into other states around the country, creating distribution outposts in Michigan, Illinois, Maryland and Louisiana.

Suge Knight knew Harry O from their mutual affiliation with street gang culture and a mutual friendship with criminal lawyer and New York mafia counselor David Kenner. Knight was a Blood. Harris kept close contacts in both Bloods and Crips camps across L.A. Kenner put them together at a meeting behind bars he brokered in October 1991.

Harris dove into the rap and promotion game by creating Godfather Entertainment. Informants told the FBI that Harris gave Knight two million dollars to start Death Row Records, named the label as well as commissioned the label’s iconic logo. Even though he was incarcerated, Harry O still exerted a tremendous amount of influence at the label using phone calls and visits to voice his opinion.

Knight toasted Harry O at a glitzy Beverly Hills launch party for the Death Row label at Chasen’s attended by the hip-hop industry elite. The party itself and Suge Knight’s speech praising and toasting his benefactor was caught on tape by the FBI. There have long been rumors that Harry O financed Rap-A-Lot Records out of Houston before he got put away in prison.

Knight, 56, is currently in prison for manslaughter related to a vehicular homicide from 2015 tied to a beef over the use of Knight’s likeness in the film Straight Outta Compton. Harry O and his ex-wife fell out with Knight over unpaid Death Row Records royalties.

Death Row Records was put to rest in 2005 when Harry O’s ex wife won a crippling federal law suit for retroactive proceeds from the $18,000,000 albums sold by the label the Harris’ financed. The groundbreaking label was shut down shortly thereafter.

During the 2010s, Harris helped start Second Chance Ministries in San Antonio. Back in 2019 when it looked like he was getting out of prison, he told BOP officials he intended to move to Texas and work as a prison rights activist upon his release.