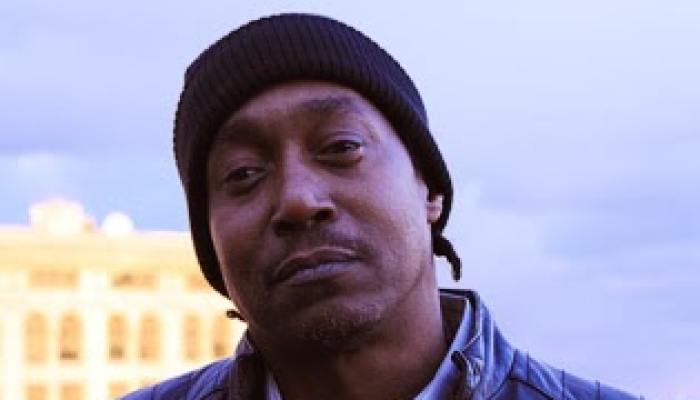 Nate (Bodie) Barksdale, an infamously-feared figure in the annals of the east coast drug trade, died in a North Carolina prison hospital of an unknown illness last week well over a decade removed from gaining pop-culture infamy with his gangland persona inspiring of at least two characters in the critically-lauded HBO tv show The Wire (2002-2008). chronicling life on the street in Baltimore. The 54-year old Barksdale was incarcerated in a federal penitentiary serving 3-to-8 years behind bars for participating in a heroin-distribution conspiracy, a conviction he incurred in the spring 2014.

Averting multiple attempts on his life and a suspect in allegedly taking the lives of a string of underworld adversaries during his years in “the game”, Barksdale and his antics in Baltimore’s violent 1980s era drug scene are legendary. He was a top enforcer for “Little Melvin” Williams, the city’s most infamous crime lord and drug kingpin of all-time, helping Williams control all drug dealing activity in West Baltimore’s expansive, slum-ridden Lexington Terrace and Murphy Homes housing projects.

Barksdale grew up in Lexington Terrace. His right leg was amputated at the knee and he walked with a cane. According to B-More street lore, he once sliced off an enemy’s ear with a steak knife.

The Wire’s lead character for the first three seasons, the equally ruthless and slick drug dealer, Avon Barksdale, is a composite of Little Melvin Williams and Bodie Barksdale. One of Avon Barksdale’s fictional lieutenants was a character named Preston (Bodie) Broatus in honor of Nate Barksdale, who claimed his middle name was Avon (whether that is true or not is unconfirmed).

Williams passed away late last year of natural causes at 73. His time in the Baltimore rackets dated back to the early 1960s working for New York mob-connected Jewish numbers runners and African-American gambling bosses. At the end of his life, Little Melvin went legit and was actually cast in The Wire, playing a community church leader known simply as “The Deacon.”

The peak of Williams power on the street was in the 1980s when he ruled the Westside Baltimore drug world, using intricate pay-phone and pager codes for his droves of workers to communicate with each other and the ferocious and bloodthirsty Bodie Barksdale acting as his on-site muscle and re-layer of orders to the rank-and-file stationed in and around Lexington Terrace and Murphy Homes.

In late 1982, he was acquitted of murdering Frank Harper, his gangland mentor, months earlier, around the same time he was promoted to Williams’ chief of staff on the ground in the housing projects. Barksdale reported directly to Little Melvin’s second-in-command, Lamont (Chin) Farmer, the real-life Russell (Stringer) Bell, the studious, smooth-talking No. 2 in charge in the fictional Barksdale organization from The Wire. Stringer Bell was portrayed in the series by actor Idris Elba.

Bodie Barksdale is alleged to have killed a man during a verbal altercation in 1981 and executed both Harper and a neighborhood “stick-up kid” named John Bailey in the same two months the following year. Bailey had robbed Little Melvin lieutenant Louis (Cookie) Savage. The slaying of a girlfriend of Savage’s in 1983 spurred a federally-ignited full-court press launched against the Williams organization, concluding with mass convictions in the coming years.

Barksdale’s reign of terror in West Baltimore came to a conclusion in 1986 when he was convicted of torturing three enemies (two men and woman he thought were sent to kill him) in an 11th floor apartment at the Murphy Homes projects in April 1984 and received a 15-year state-prison sentence. Towards the end of Barksdale’s time as Williams’ top muscle, he had joined forces with another feared enforcer named Roland (Ronnie Mo) Bell – also a character portrayed in The Wire.

Upon Barksdale’s release in 2000, he went straight – at least for a while – becoming an anti-gang counselor in the same projects he once wreaked havoc in as a drug boss less than 20 years before. He’d go on to beat a gun charge at trial in 2003.

His addiction to drugs eventually led him back to the streets though and in 2014 he was ensnared in a federal drug probe involving members of the Black Guerilla Family prion gang. Barksdale’s voice began appearing on DEA wiretaps investigating “outside members” of the BGF and monitoring calls from prison in 2013.

Then-Baltimore Sun newspaper reporter David Simon penned a brilliant investigative series on the Little Melvin Williams organization entitled Easy Money – Anatomy Of A Drug Empire that ran in 1987 and would go on to be the basis for The Wire, the tv show he conceived for HBO in the early 2000s. Bodie Barksdale is featured prominently throughout the set of Simon articles dissecting Little Melvin’s kingdom.