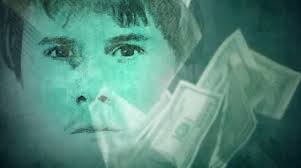 The story of Detroit teenage drug-dealing prodigy and illegal underage FBI informant, Richard (White Boy Rick) Wershe is a scorching-hot property in Hollywood these days. On Friday, Protozoa Films, a production house owned by the A-List director-producer team of Darren Aronofsky and Scott Franklin, announced their intention of making a movie about Wershe, 46 years old and currently imprisoned since early 1988 on a single cocaine charge.

This is the THIRD major Hollywood-film adaption of the Motor City street legend’s life story to get off the ground in the past six months. The difference between this project and the other two is that Wershe himself has agreed to provide his exclusive participation. He aided screenwriter Andy Weiss (Middle Men) in penning the script several years ago.

Aronofsky (The Wrestler, Black Swan) and Franklin, Aronofsky’s longtime business partner, are set to co-produce the movie, with a director to be attached shortly.

“I’m very pleased that Protozoa has taken such an interest in my life and my continued incarceration,” said Wershe in a prepared statement. “I’m confident they possess the talent, conviction and fortitude to accurately tell the story.”

The feeding frenzy for the shot at making a White Boy Rick movie began in October when Universal Pictures optioned a 50-page EBook written by New York author Evan Hughes for a film, getting both director Joseph Kosinski (Oblivion, Tron:Legacy) and producer Scott Stuber (Ted, Safe House) to jump on board.

Then, in February, Studio 8, a freshly-formed Sony Pictures-backed outfit owned and run by former Warner Brothers Films studio chief Jeff Robinov, put its hat in the proverbial ring with the purchase of a “spec script” by the sibling screenwriting tandem of Logan and Noah Miller (Sweetwater) and the teaming with recent Oscar-winning producer John Lesher (Birdman). Studio 8 put out a casting call to the Michigan media Wednesday, searching for unknown teenage actors to portray White Boy Rick in it’s version of the story, a production, per the press release, it plans on shooting in the fall.

Wershe made a fast name for himself on the notoriously tumultuous streets of Detroit during the city’s decadent and deadly crack era of the mid-to-late 1980s, rising to the top of the area’s drug scene by the age of 16 while earning his iconic moniker and attracting the fascination of the local newspapers and television stations. His rapid ascent in a blood-filled, mostly black underworld at such a young age turned heads, as did his swagger (he was name-dropped in a Kid Rock tune), choice of dress (mink coats, gold-rope chains, Armani suits) and who he dated (the Mayor of Detroit’s beautiful 24-year old niece). 60 Minutes came calling, the Johnny Depp tv show 21 Jump Street ran a story arc in its 1988 season surrounding a Wershe-inspired character.

What the public didn’t know until recently was that the gangland wunderkind White Boy Rick was the creation of the United States government – federal documents and credible first-hand accounts confirm that Wershe was recruited out of junior high school at the ripe age of 14 by a task force comprised of narcotics officers representing the FBI, DEA and Detroit Police Department. Encouraged to drop out of ninth grade, he was put to work as an undercover mole for the next two years, exchanging information for cash and being provided the tools to rise in the drug world (money, product and a fake ID).

The fact that he was shot and almost killed less than five months into his relationship with the government on orders of the drug kingpin he was instructed to provide information on didn’t give the task force, or Wershe for that matter, any pause and instead only served to ramp operations up even higher.

The end of the line in the criminal career of White Boy Rick came in May 1987 when at 17 he was charged with possession with intent to distribute more than 650 grams of a controlled substance following a routine traffic stop outside his grandmother’s eastside Detroit residence where police found cocaine buried under a neighbor’s porch. Found guilty by a jury at trial in January 1988, he was sentenced to life in prison, where he remains today despite having gone back to work for the government for more than a decade (1991-2005) behind bars and helping the FBI and DEA build cases resulting in a number major busts and dozens of arrests and convictions.

Wershe has been up for parole three different times (’03, ’08, ’12) and rejected on all three occasions. He’s next eligible to see the parole board in 2017. Proud-Detroiter Kid Rock famously spoke at Wershe’s 2003 parole hearing sponsoring his release and telling the board he’d employ Wershe if he was freed. Fellow Detroit music superstar Eminem was in talks to star in and produce a White Boy Rick movie in the mid-2000s in the aftermath of his success with the semi-autobiographical film 8 Mile: Reporting by Wershe-biographer Scott M. Burnstein