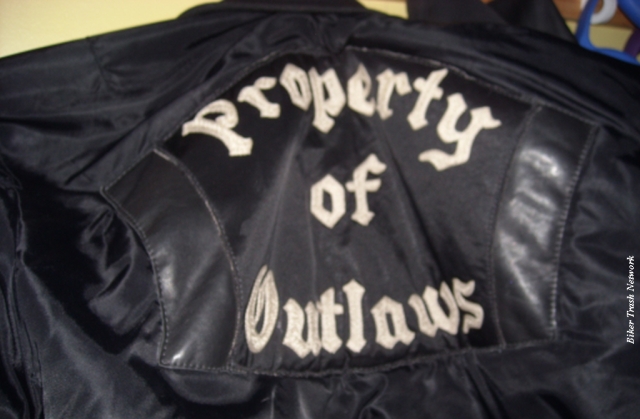 Fugitive biker Miquel (Toe Jam) Torres was arrested Tuesday near his home in Rockledge, Florida for the April 2017 murder of rival biker David (Gutter) Donovan after nearly six weeks on the run from the law. Prior to being taken into custody without incident, the muscle-bound, heavily-tatted Torres, 37, was one of two fugitives from the Donovan homicide case that has a total of four defendants. Torres’ co-defendant, 32-year old Greg (Stinky) Umphress, remains at large. The indictment came down in mid-May.

Torres and Umphress are members of the notorious Outlaws Motorcycle Club’s Ocala, Florida chapter. At the time of his slaying, Donovan was the vice president of the lesser-known Kingsmen Motorcycle Club’s Lake County, Florida chapter. The two biker gangs clashed at the annual Leesburg Bikerfest in Leesburg, Florida, with Torres, Umphress and several other Outlaws staging a coordinated attack on Donovan at a local Circle K gas station. The brutal attack ended with Donovan dead and the architect of the military-style siege, Outlaws president Marc (Not Quite) Knotts laid out on the concrete with three bullet-wounds to his back and shoulder resulting from a Kingsmen’s retaliatory strike.

Knotts, 48 and Jesus (Ace) Marrero, 35, have also been charged in the case. Knotts – wearing a bullet-proof vest during the incident and released from the hospital within days – and Marrero were both arrested at the Outlaws clubhouse in Ocala the afternoon the indictment dropped last month.

According to the indictment, on the evening of Sunday, April 29, 2017, Knotts had Umphress, Marrerro and Torres abduct Donovan from the gas station’s convenient store where he was purchasing cigarettes and bring him to the side of building. Torrres put a knife to Donovan’s throat, per the indictment, and flanked by Umphress and Marrero, forced him to his knees on the ground facing Knotts. When the 41-year old Donovan reportedly refused Knotts’ demand that he remove his Kingsmen colors and cut (rocker vest), Knotts allegedly ordered him murdered.

“Shoot that motherfucker,” he instructed his Outlaw underlings, per the charges pending against him.

Donovan was shot in the head and the back, dying after a two-week fight for his life in the hospital. Which Outlaw lieutenant of Knotts’ he had actually pull the trigger in the execution is unclear. Knotts himself was then shot three times in the back from the gas station entranceway by a Kingsmen brother of Donovan’s as he went to get on his bike and flee the scene. Knotts and Marrero have each entered not guilty pleas.

Per recent statements by police, the Outlaws are in the midst of staging a campaign to assume complete control of the state of Florida’s biker world, a region the club has maintained a stronghold in dating back a half-century – according to informants, the Outlaws, headquartered out of the Midwest, but gangland powerbrokers across the American South as well, have started to demand that all other biker groups in the state either disband, be absorbed into the Outlaws or openly wear an Outlaws “support patch” on their rig and gear.

The Kingsmen, a club based out of New York, only declared itself a “One Percent” gang four years ago. Kingsmen national president David (Big Dave) Pirk, who lives in Florida and triumphed in a club civil war for the right to become part of the One Percent Nation, is currently under indictment for racketeering and murder.