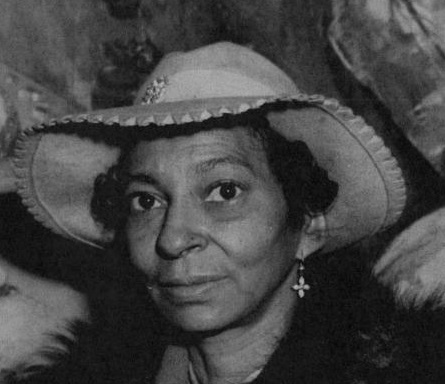 The legend of east coast female crime lord Stephanie (Madame Queen) St. Clair, the most powerful woman in the history of the New York underworld, will only grow when it’s the focus of an upcoming film. HBO, Zero Gravity Management and celebrated director Tim Story announced last week they were teaming up to adapt Shirley Stewart’s book, The World of Stephanie St. Clair, into a movie.

St. Clair came to the United States from the Caribbean island of Martinique in the early 20th Century and went on to rule the mostly African-American Harlem policy lottery racket for most of the 1920s and 1930s, successfully fending off efforts by notorious New York Jewish and Italian mobsters of the era to take over her territory by force. During that time, she mentored New York City’s future undisputed black Godfather Ellsworth (Bumpy) Johnson with Johnson acting as her muscle and top hit man.

St. Clair’s organization famously went to war with trigger-happy Jewish mob boss Dutch Schultz, based out of the Bronx, in the early 1930s. Schultz was assassinated at a Newark, New Jersey steakhouse in 1935, murdered on orders of his one-time allies in the Italian mob. According to local gangland lore, St. Clair sent a floral arrangement to the funeral home where Schultz was being eulogized bearing an obscenity-laced note attached, ending with the phrase “rot in hell.”

After being convicted in 1938 of shooting her husband, Eugene Brown (aka Sufi Abdul Hamid), a man referred to in the New York press as “Black Hitler” and the leader of a black-nationalist, Islamic cult, in an argument at her opulent estate, St. Clair went to prison for the next decade. She reemerged on the scene in Harlem in the late 1940s and centered her endeavors on social activism, having handed off her criminal empire to Johnson, who had made an alliance with the Italians and what would become the Genovese crime family.

St. Clair died peacefully in 1969 at the age of 82. Johnson dropped dead of a heart attack at a Harlem restaurant the year prior in the summer of 1968. He was only 62 and under federal indictment for racketeering.

Back in 1997, Bumpy Johnson was the subject of the movie Hoodlum. Acclaimed actor Laurence Fishburne portrayed Johnson and Academy Award-nominee Cicely Tyson played St. Clair in the film, put out by United Artists to lukewarm reviews and a modest box office.

Tim Story is one of today’s leading African-American filmmakers. The 47-year old director was born and raised in Los Angeles and has helmed such hits as Barbershop, the Ride Along franchise, the Fantastic Four franchise and the Think Like A Man franchise. Singer-actress Janet Jackson had recently been trying to get a starring television-movie vehicle off the ground with her in the St. Clair role, Kenny Leon (Hairspray Live!, The Wiz Live!) on board to direct and the Lifetime Network developing.